Images purportedly showing the skeletal remains of the Loch Ness Monster were actually taken from the set-up of a television show. 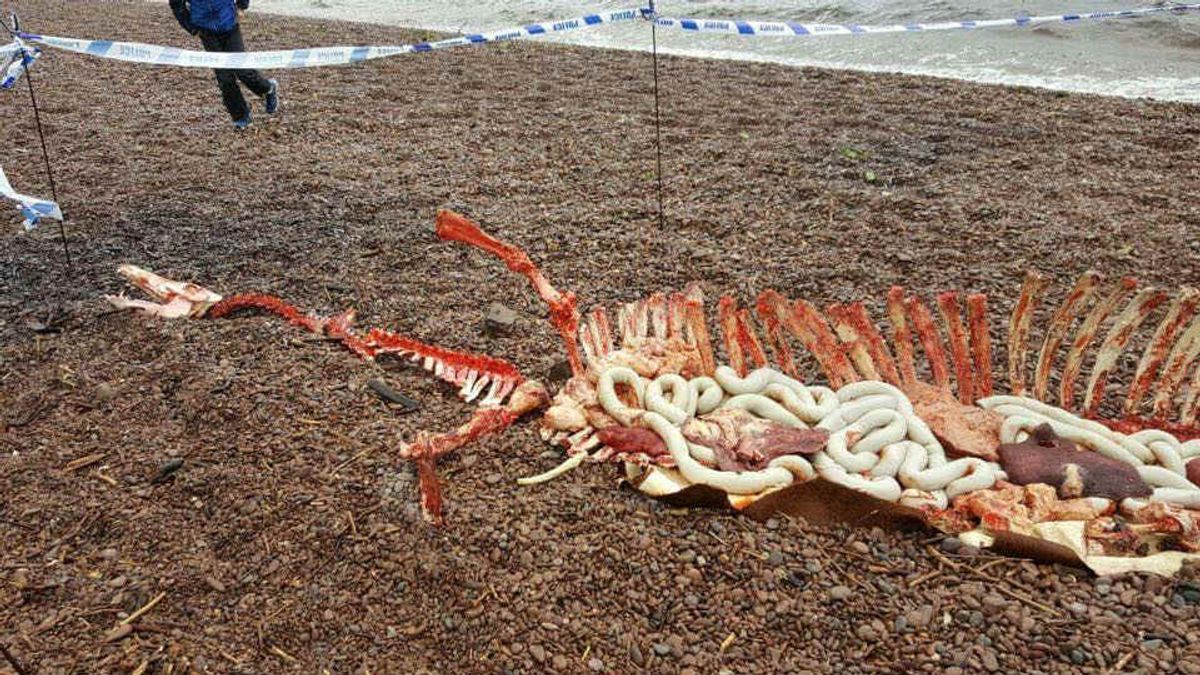 Claim:
A photograph shows the skeletal remains of the Loch Ness Monster.
Rating:

A dog walker out on the shores of Loch Ness has just stumbled across this. Has Nessy been found? Or someone playing a fascinating prank? These images sparked a debate about both the existence of the Loch Ness Monster whether the remains of one such mythical creature had washed up on the shores of Scotland. Some viewers pointed out that the animal's organs would not be present in skeletal remains, while others simply waited for Help2Rehome to admit that the photographs didn't show Nessie and were part of the set-up for a television program shoot:

It's for a TV show, good lay out! Shame some people had to be very nasty about it on this post though.

He he!! We can't wait to see the documentary now! Hopefully the producers will pick the food they used back up and make Nessy a breakie for tomorrow!

The Loch Ness Monster's skeletal remains were not found on the shores of Scotland this week. They will, however, make their small screen debut in an upcoming TV show.