Is This Lobster Really Writing Numbers with a Pen?

We'll say this much for certain ... something's fishy about this footage. 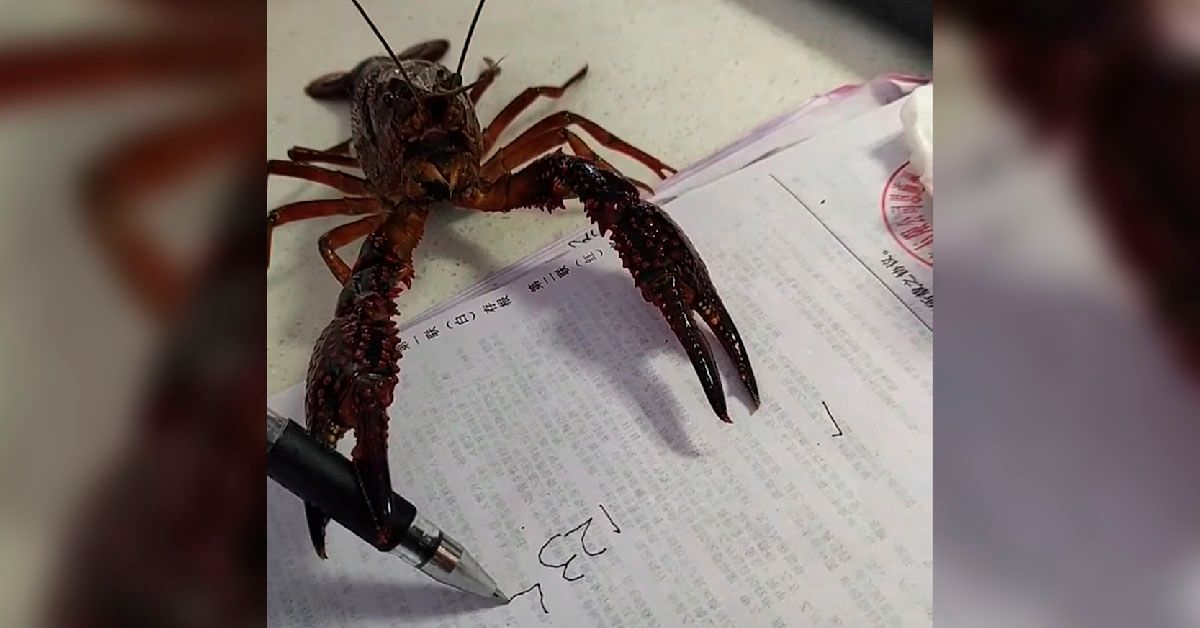 Claim:
A video shows a lobster writing a series of numbers with a pen.
Rating:

In June 2019, a short video supposedly showing a lobster scrawling a series of numbers went viral on social media. One iteration posted to Twitter garnered more than 3.5 million views, while another posting on Facebook racked up an additional 4.5 million views.

The video was originally posted on the Chinese short-video app Douyin, a sister application to the internationally popular TikTok. While we have been unable to locate the original video on Douyin, what appears to be a copy of it was posted to Facebook by You Shan:

The majority of this video's millions of viewers seemed to realize this fishy footage didn't actually show a literate lobster, but others were puzzled.

Have lobsters really learned to write numbers? In short, no.

As many netizens have already pointed out, the top half of the pen cannot be seen in this video. It's likely that whoever created this video was controlling the pen from outside the camera frame.

While a second sketcher may certainly explain how the above-displayed video was created, another video supposedly showing a lobster writing (this time with the full pen in frame) was also going around on social media:

Again, can lobsters write numbers? In short, still no.

American audiences are likely familiar with the ability to use filters, templates, and other editing gimmicks on apps such as Snapchat and Instagram. For instance, a "baby filter" on Instagram allows users to make themselves (or President Trump) appear much, much younger. The above-displayed video was created with the 龙虾写字 (lobster writing) template on the Chinese app 趣推 (Fun Push).

The website Baidu provides a tutorial on how to use this template. The website also includes a few screenshots showing this same lobster writing a variety of words, numbers and phrases (translated and edited for clarity):

The crayfish writing video seen on the app does not exist in real life. If you want to make this video, you need to use the fun app. Let's take a look at the production process ... These viral videos don't actually show lobsters (or crayfish) using a writing tool to scrawl words and numbers on a sheet of paper. These videos either feature a simple video trick (doing something off-screen to make something appear to happen on-screen) or a pre-made, digital editing template.