Was an LIV Golf Trophy Designed to Resemble the Twin Towers?

"The LIV Golf Invitational is a breakaway series made possible by the largesse of Saudi Arabia’s Public Investment Fund," NBC News reported. 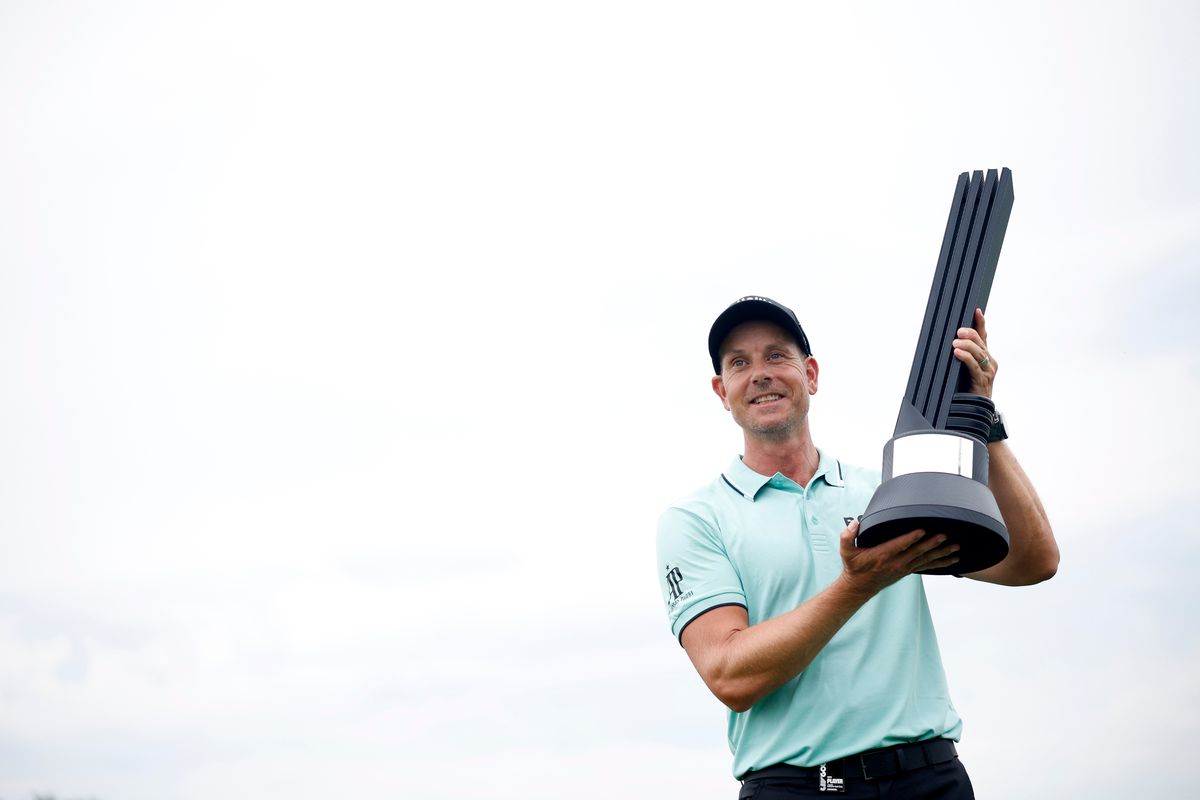 Claim:
The Saudi-backed LIV Golf organization awarded a trophy that was intentionally designed to resemble the remnants of the World Trade Center's twin towers destroyed in a terrorist attack on 9/11.
Rating:

On July 31, 2022, Swedish professional golfer Henrik Stenson posted for pictures with his trophy after winning an LIV Golf Invitational event. The match was held at Trump National Golf Club Bedminster in New Jersey. Days later, the design of the LIV Golf trophy came under scrutiny on social media with mentions of both Saudi Arabia and the destruction of the World Trade Center's twin towers on 9/11 in New York City. Here's why.

As NBC News published in June, the LIV Golf Invitational "is a breakaway series made possible by the largesse of Saudi Arabia’s Public Investment Fund." This fact led to some controversy considering the Saudi kingdom's record on human rights and the death of journalist Jamal Khashoggi, according to the reporting. The U.S. Central Intelligence Agency (CIA) concluded in 2018 that Saudi Crown Prince Mohammed bin Salman ordered Khashoggi's assassination.

There was also some controversy with LIV Golf regarding the rumor of the Saudi kingdom's purported ties to the planning of the terrorist attacks on 9/11. Nearly 3,000 Americans were killed in the attacks in 2001. Fifteen of the 19 hijackers on 9/11 were Saudi citizens. As CBS News reported, the Saudis denied involvement, "and the 9/11 Commission report found no connection."

On Aug. 5, 2022, just days after Stenson won the LIV Golf Invitational trophy, a tweet was posted that compared a picture of Stenson holding the trophy with another photograph of the remains of the twin towers on 9/11. The tweet read, "On the left: The trophy presented at Trump’s golf course during the LIV golf tour funded by Saudi Arabia. On the right: 9/11 Twin Towers. The similarity is nothing short of intentional."

It was true that the first two parts of the tweet correctly described the two pictures. However, completely unsupported by evidence was the main and final line that claimed the trophy was an "intentional" design by the Saudis as an apparent jab about 9/11.

The comparison appeared to use nothing more than vertical lines in both pictures as a way of tying the two unrelated events together. According to NewscastStudio.com, the LIV Golf logo also had four lines, just like the trophy. There's no evidence that the lines were meant to represent the remains of the twin towers on 9/11.

NewscastStudio.com, which is described as a "trade publication for broadcast production," published the following:

The league’s look centers around a bold, custom-drawn logotype that sees the “LIV” portion set in distinct letterforms created from four stripes with a folded ribbon-like angles evocative of the groves found on the face of a golf club, though it could also be read as the notoriously neat mow lines along a fairway or the various angles and geometry that come into play in the sport.

“LIV,” which is officially pronounced as if it were the word “live” (as in the past “I practically live at the station” as opposed to “A need to make my live shot”), is derived from the Roman Numeral for the number 54, which is the score if a player were to play all 18 holes in a game and birdie each hole — that is, scoring one stroke under par on each hole.

We reached out to LIV Golf with questions about the logo and trophy, and to ask about the viral tweet's reference to the twin towers. We also contacted the Twitter user who published the viral tweet. This story will be updated in the future if we receive responses.

“Saudi Arabia, Home to 15 of the 19 September 11 Hijackers, Is Keen to Show How Much Has Changed.” CBS News, 10 Sept. 2021, https://www.cbsnews.com/news/saudi-arabia-shows-anti-extremism-terrorism-efforts-9-11-anniversary/.