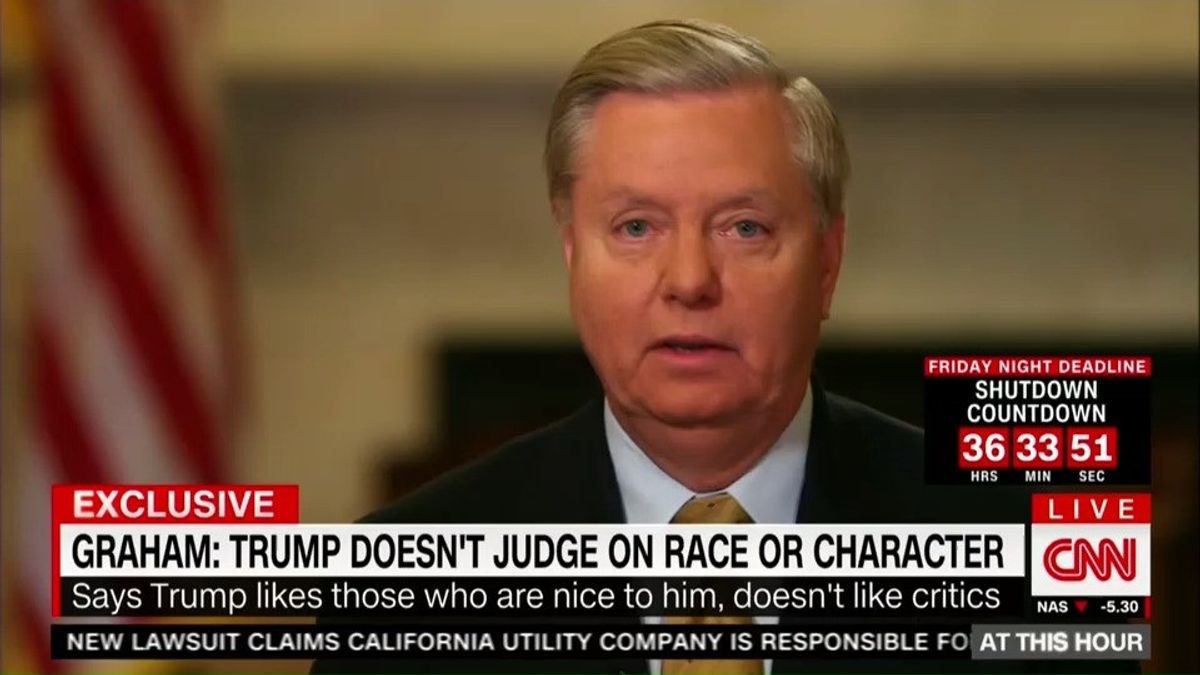 Claim:
Sen. Lindsey Graham called President Donald Trump a "race-baiting xenophobic bigot" in 2015 but in 2018 claimed that he had "never heard him make a single racist statement."
Rating:

An online graphic captures an about-face that Senator Lindsey Graham performed regarding Donald Trump within the space of three years.

The image contrasts two remarks from the South Carolina Republican: In 2015, when both he and Trump were campaigning for the Republican Party's presidential nomination, Graham called Trump a "race-baiting xenophobic bigot," but in 2018, Graham said of Trump that "He's not, in my view, a racist by any stretch of the imagination": In this case, both remarks were correctly attributed to the senator. The first one, denouncing Trump, was taken from an appearance Graham made on CNN on 8 December 2015:

Graham said at the time:

I think what you like about him, he appears to be strong and the rest of us are weak. He's a very successful businessman and he's gonna make everything great. He's gonna take all the problems of the world and put 'em in a box and make your life better. That's what he's selling.

Graham ended his campaign two weeks after giving this interview due to his failure to capture the support of more than one percent of Republican voters.

After Trump was elected president in November 2016, Graham became a staunch ally. In August 2018, as President Trump faced criticism for insulting African-American athletes, the senator told the press that:

He's not, in my view, a racist by any stretch of the imagination. I have never heard him make a single racist statement. Not even close. It is how you react to him. It is not the color of your skin, it is not the content of your character. It is what you say about him.