Did Lindsey Graham Say Republicans Would Get 'Destroyed' If They Nominated Donald Trump?

Senator Lindsey Graham may have been one of President Trump's biggest supporters in 2018, but that wasn't the case during the 2016 presidential election. 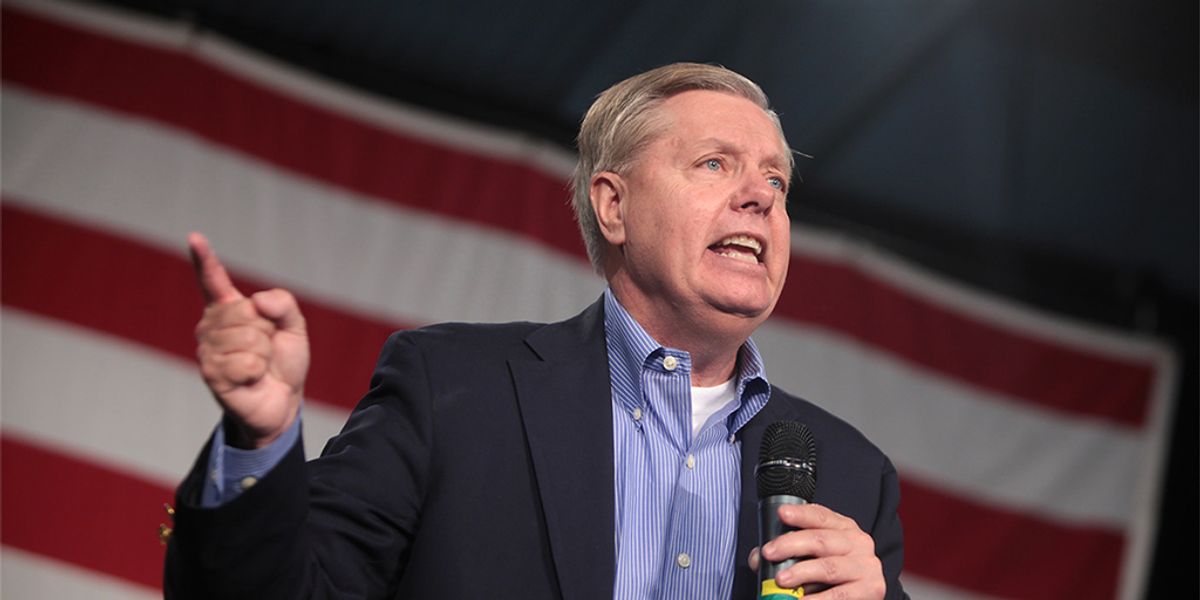 Claim:
Senator Lindsey Graham once said that Republicans would "get destroyed" if they nominated Donald Trump as their presidential candidate.
Rating:

A statement ostensibly uttered by Lindsey Graham of South Carolina started to recirculate on social media after the Republican senator delivered an emotional, angry, and dramatic defense of Supreme Court nominee Brett Kavanaugh during a hearing concerning sexual assault allegations against the nominee in September 2018. Some social media users were taken aback by Graham's performance in defense of President Trump's nominee, as they remembered a time when the senator was highly critical of Donald Trump as a politician: "If we nominate Trump, we will get destroyed ... and we will deserve it" is a genuine quote from Senator Graham that was originally posted to his official Twitter account on 3 May 2016. A screenshot of the tweet, which is still available on Graham's timeline as of this writing, can be seen below:

This tweet was posted the day before Donald Trump became the Republican party's presumptive nominee for President of the United States on 4 May 2016. Prior to this date, Graham, who also ran for president but ended his campaign in December 2015 before the primaries, frequently voiced opinions critical of Donald Trump.

For example, Graham repeatedly said that Trump was not qualified to be president and that his involvement in the election process was damaging to the Republican party: Graham struck a more conciliatory tone with Trump after the latter won the Republican party's nomination, and he eventually came out in support of Trump after the election.

A number of news outlets, such as Politico, Mashable, New York magazine, the Washington Post, MSNBC, and the New York Times have noted Graham's transition from "never-Trumper" to Trump supporter. On 22 June 2018, the conservative Weekly Standard threw their two cents into the conversation:

While most Republicans fell in line before the 2016 election, Lindsey Graham -- along with fellow senators Mike Lee, Ben Sasse, John McCain, and Rob Portman -- was a high-profile NeverTrumper on Election Day. “My party has gone batshit crazy,” Graham said in a February 2016 speech about Trump. Graham told Fox News that Trump is “a kook. I think he’s crazy. I think he’s unfit to be president.”

But sometime after the election, Graham became a neo-Trumper. “You know what concerns me about the American press is this endless, endless attempt to label the president some kind of kook,” Graham said in November 2017. “I intend to support him in 2020 without equivocation,” Graham tells me now.

What changed since 2016? A neoconservative, in Irving Kristol’s famous formulation, was a liberal who’d been mugged by reality. Neo-Trumpers like Graham, then, are NeverTrumpers who were mugged by—what, exactly? Necessity? Expediency? Sean Hannity?

What about the issues of temperament that in 2016 made Trump, in Graham’s view, unfit to be president? Is there anything specific, I ask, that has convinced the senator that Trump isn’t the “kook” Graham called him back then? “One, I got to know him,” Graham says. “I’ve played golf with him. You know, play golf with somebody for three or four hours, you get to know them better. He’s funny as hell. He’s got a great sense of humor. There’s a method to the madness.”