Did Abraham Lincoln Say 'America Will Never Be Destroyed From the Outside'?

Widely shared memes contained a quotation that is commonly attributed to the Great Emancipator. 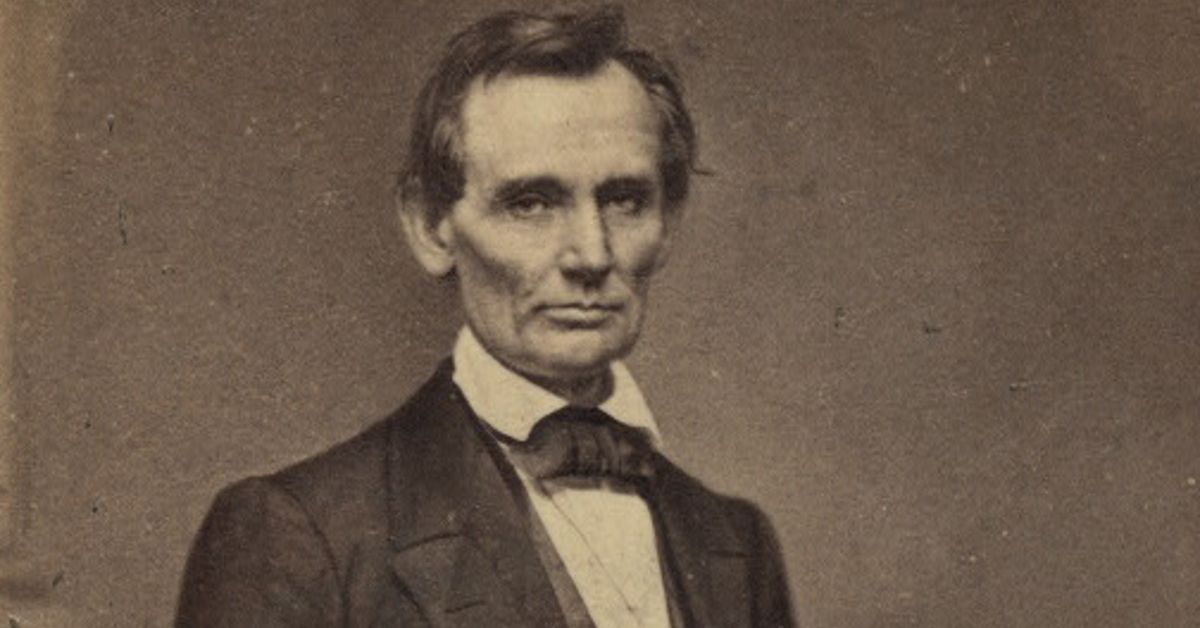 Claim:
Did Abraham Lincoln proclaim that 'America will never be destroyed from the outside'?
Rating:

The "quotation" attributed to Lincoln paraphrases and distills a concept he expressed in an 1838 speech in Springfield, Ill., without distorting the meaning or sense of the original.

Lincoln did not write or utter the words as expressed in online meme versions.

In the spring of 2019, a widely shared and inflammatory Facebook meme presented four female Democratic politicians as threats to American democracy and included a quotation that has for years been attributed to Abraham Lincoln. The meme featured photographs of U.S. Representatives Rashida Tlaib (D-Mich.), Ayanna Pressley (D-Mass.), Alexandria Ocasio-Cortez (D-NY), and Ilhan Omar (D-Minn.) along with the following text: "'America will never be destroyed from the outside. If we lose our freedom it will be because we destroyed ourselves.' -- Abraham Lincoln. 153 years later ...":

Some months earlier, in November 2018, the conservative non-profit group PragerU, which produces short videos about politics and political philosophy, posted a slightly different version of the quotation, introduced with the message, "Hold tight to your freedom":

"America will never be destroyed from the outside. If we lose our freedoms it will be because we have destroyed ourselves from within" - Abraham Lincoln.

In very small print under the quotation was an important note: "Paraphrased from his 1838 speech at the Young Men's Lyceum of Springfield, Illinois."

Lincoln never literally said "America will never be destroyed from the outside. If we lose our freedoms it will be because we have destroyed ourselves from within." Although the PragerU meme might have given a casual viewer the impression that the statement was a direct quotation, it was also unusual in acknowledging (albeit in small print) that it used a paraphrased synopsis of something Lincoln said rather than his actual words. By contrast, the inflammatory April 2019 meme contained no such disclaimer.

We consulted an extensive newspaper archive and found that the earliest instance of the "destroyed from within" wording appeared in the early 2000s. Since then, it has been presented as authentic in countless newspaper articles, letters-to-the-editor, editorials and online compendiums of quotations. On three occasions, United States senators have entered it into the official Congressional record as a statement attributable to the Great Emancipator.

America will never be destroyed from the outside.If we falter and lose our freedoms, it will be because we destroyed ourselves. A. Lincoln

It's possible that the current version of the "quotation" evolved from something that Sen. Joseph McCarthy said in a famous U.S. Senate speech on Lincoln Day, 20 February 1950, during which he warned against the perils of Communist infiltration in the United States. Without naming Lincoln, McCarthy declared: "As one of our outstanding historical figures once said, 'When a great democracy is destroyed, it will not be because of enemies from without, but rather because of enemies from within.' The truth of this statement is becoming terrifyingly clear as we see this country each day losing on every front ..."

In online discussions, some commentators have acknowledged (as PragerU's meme did) that the statement is not a direct quotation from Lincoln, but rather an interpretation or distillation of remarks he made in January 1838, during a speech at the Springfield Young Men's Lyceum (words familiar to countless Americans for their inclusion in Disney's "Great Moments with Mr. Lincoln" attraction). However, others have mistakenly claimed that Lincoln uttered those exact words during his Lyceum speech.

In "the Lyceum Address," Lincoln warned his audience about rising divisions and tensions within American society, in particular over the issues of slavery and abolition, and encouraged them to reaffirm their commitment to the rule of law and reject factional conflict and violence. Dickinson College history Professor Matthew Pinsker outlined the background to the 1838 speech in the following video:

The passage from the Lyceum Address most commonly cited as the original source of the now-ubiquitously misattributed quotation is as follows:

We find ourselves in the peaceful possession of the fairest portion of the earth, as regards extent of territory, fertility of soil, and salubrity of climate. We find ourselves under the government of a system of political institutions, conducing more essentially to the ends of civil and religious liberty, than any of which the history of former times tells us. We, when mounting the stage of existence, found ourselves the legal inheritors of these fundamental blessings.

We toiled not in the acquirement or establishment of them -- they are a legacy bequeathed us, by a once hardy, brave, and patriotic, but now lamented and departed race of ancestors. Theirs was the task (and nobly they performed it) to possess themselves, and through themselves, us, of this goodly land; and to uprear upon its hills and its valleys, a political edifice of liberty and equal rights; 'tis ours only, to transmit these, the former, unprofaned by the foot of an invader; the latter, undecayed by the lapse of time and untorn by usurpation, to the latest generation that fate shall permit the world to know. This task of gratitude to our fathers, justice to ourselves, duty to posterity, and love for our species in general, all imperatively require us faithfully to perform.

How then shall we perform it? -- At what point shall we expect the approach of danger? By what means shall we fortify against it? -- Shall we expect some transatlantic military giant, to step the Ocean, and crush us at a blow? Never! -- All the armies of Europe, Asia and Africa combined, with all the treasure of the earth (our own excepted) in their military chest; with a Buonaparte for a commander, could not by force, take a drink from the Ohio, or make a track on the Blue Ridge, in a trial of a thousand years.

At what point then is the approach of danger to be expected? I answer, if it ever reach us, it must spring up amongst us. It cannot come from abroad. If destruction be our lot, we must ourselves be its author and finisher. As a nation of freemen, we must live through all time, or die by suicide.

Those words are some distance away from the ones widely misattributed to Lincoln more than a century later, "America will never be destroyed from the outside. If we falter and lose our freedoms, it will be because we destroyed ourselves."

However, as a distillation of Lincoln's sentiments about resisting the urge towards factionalism and reaffirming the principles of unity and peace, the quotation included in PragerU's meme, Trump's tweet, and in many other places online is not far off the mark and certainly does not unrecognizably distort the meaning or sense of the original.

Lincoln, Abraham.   "The Perpetuation of Our Political Institutions: Address Before the Young Men's Lyceum of Springfield, Illinois."     AbrahamLincolnOnline.org.   27 January 1838.