A series of bizarre images posted to Telegram in April 2021 by the QAnon-supporting attorney appeared to reference a stale conspiracy theory. 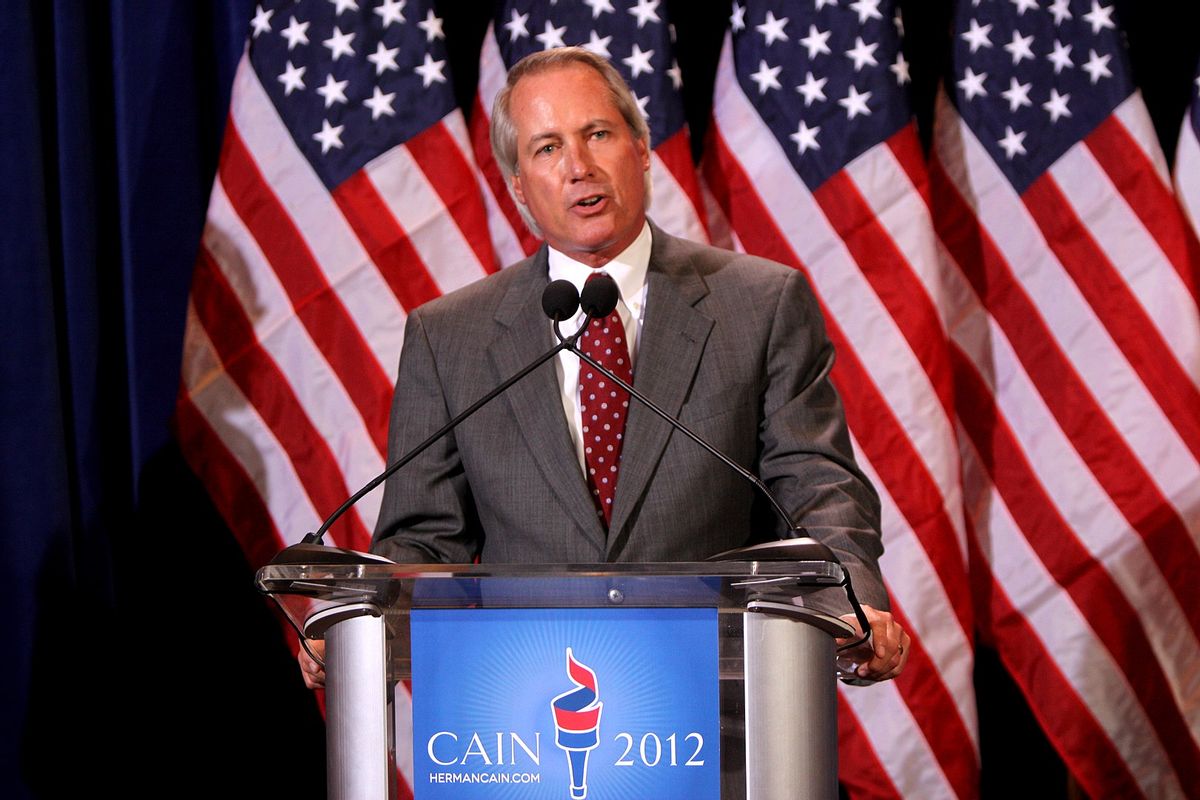 Wood posted images of himself on Telegram in which he appeared to be searching the White House for Biden, who is never shown. At one point, Wood vaguely (and falsely) implies Biden might be dead. However, the image he posted showing Trump was taken in March 2020, when Wood visited the White House while Trump was still president. Wood later suggested to Newsweek the posts were a joke.

Wood, who has more than 840,000 followers on the app, claimed he went looking for U.S. President Joe Biden, who he dubbed “Joey ‘Bribes’ Bandito,” at the White House, and instead spotted former President Donald Trump working in the Oval Office.

Screenshots of his posts were shared online:

They showed Wood posing in a number of rooms that appeared to be in the White House. In one, he wrote, “Wow. I thought I might find Joey in the China room making an illegal deal for himself. But nope. No Joey.”

In another, he posted a picture of a woman, and wrote, “Got a bit lonely waiting in this room for Joey so my Executive Assistant stopped by to keep me company. Still no Joey in the house. My incredibly efficient Executive Assistant agreed to wait here in case Joey shows. I left to search other areas of the house for him.”

After 30 minutes of posting, Wood shared a picture of himself and Trump in the Oval Office, writing, “I was right. No Joey in the Oval Office. But I did run into our President of the United States. President Trump is hanging out and working in the office in which we re-elected him to serve in a historic landslide victory on November 3, 2020.” (It should go without saying by now, but for the record: Biden won that election.)

Wood then shared a post from another popular Telegram account GhostEzra, which appeared to imply that Biden was dead. "I was going to swing by Castle Rock Studio to search for Joey but GhostEzra suggested I head to this location. Is Ghost trying to tell me something???" Wood wrote. He then shared a GhostEzra's post, a photo of a graveyard with the message, "Hey Lin, check over here."

It is possible that these pictures were taken on a previous visit to the White House when Trump was in office. The picture of Wood and Trump in the Oval Office, which he also shared on Telegram, appears to have been taken on March 11, 2020, when Trump was still president. It can be seen here. While we cannot confirm, it is likely that all the other pictures were taken during that time as well, as Wood seems to be wearing the same suit and tie.

Newsweek reached out to the attorney, and he responded, “I have a sense of humor. Do you?"

Wood is running for the position of Republican Party chairman in South Carolina against incumbent Drew McKissick. When asked if it was appropriate for him to post such messages while running for this position, he told Newsweek, "I am not aware of any rule that forbids a candidate for office from having a sense of humor while exercising his or her right of free speech."

Wood has also openly shown support for QAnon, a nebulous batch of online conspiracy theories surrounding the 2020 election, COVID-19 vaccines, and more. Wood's posts on Telegram appear to be a nod, joking or not, to one of those unfounded theories, which claims Trump won the election and Biden is not actually in the White House. We have debunked a similar rumor before.

Of course, we know that Trump is not currently living or working in the White House, Biden is. Given that Wood acknowledged the messages in a statement to Newsweek, suggesting they were intended as humor, and the photos appear not to have been taken recently, we rate this claim as “False.”