No, 'Let's Go Brandon' Is Not a Code Used by Pedophiles Online

A widely-shared meme appeared to be a distasteful prank at the expense of right-leaning critics of President Joe Biden. 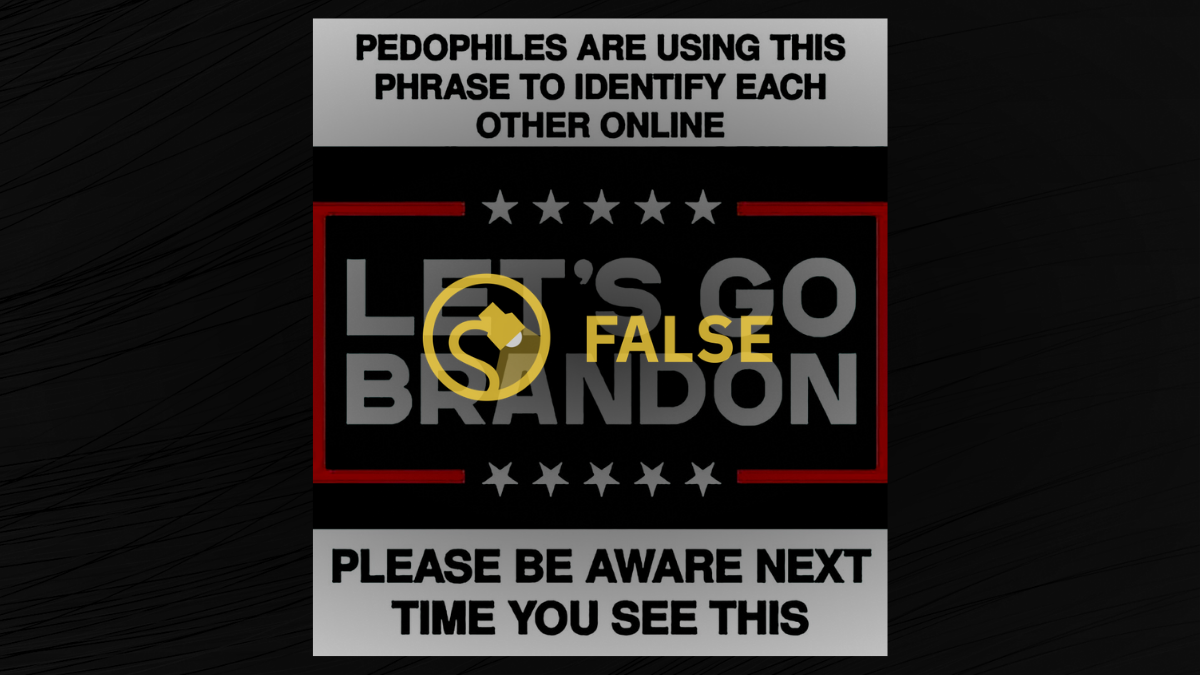 Claim:
In 2021, the phrase "Let's go Brandon" was a code used by pedophiles to identify each other online.
Rating:

In late 2021, Facebook users enthusiastically shared a meme that appeared to warn readers about a sinister agenda behind the popular phrase "Let's go Brandon."

The meme read, in full:

Pedophiles are using this phrase to identify each other online:

Please be aware next time you see this.

The screenshot below shows just a selection of Facebook posts from 2021, which contained the "pedophile code" warning: That meme was inaccurate, and appears to have been intended as a prank at the expense of politically conservative social media users. We are issuing a rating of "False."

In 2021, "Let's go Brandon" became a popular slogan among opponents and critics, primarily right-leaning, of U.S. President Joe Biden. As we have explained previously, the phrase first emerged in October, and is effectively code for "Fuck Joe Biden."

Conservative critics of Biden, who are often strong supporters of former President Donald Trump, have embraced the phrase, peppering their social media interactions with it, as well as purchasing hats, clothing and signs that read "Let's go Brandon" as a signal to like-minded others, or to amuse themselves.

It would no doubt horrify those individuals to imagine that the phrase that they have taken ownership of was perceived by others as a sinister code used by pedophiles "to identify each other online," and that's the distasteful kernel of the prank.