A photograph purportedly showing the English musician and the Argentinian-Cuban revolutionary playing music together was digitally altered. 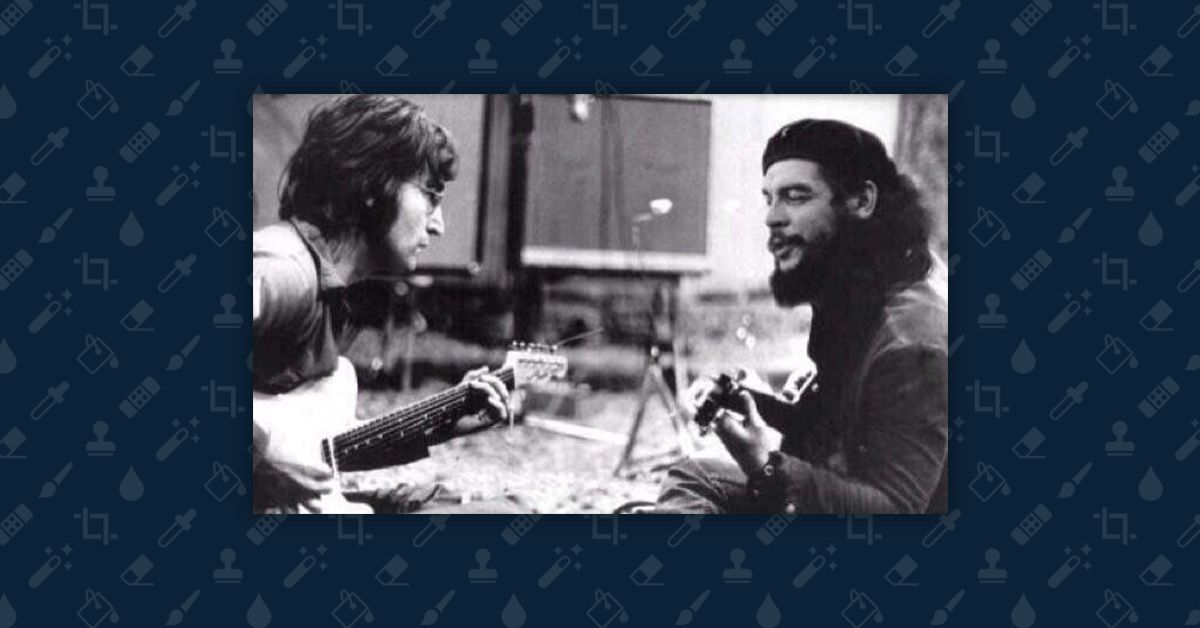 The original photograph appears to have been taken circa 1972, and it shows the Beatles singer playing guitar with Wayne "Tex" Gabriel, guitarist for the band Elephant's Memories, which served as the primary backing band for Lennon and Yoko Ono between 1971 and 1973. The photograph was published in James A. Mitchell's book "The Walrus and the Elephants: John Lennon's Years of Revolution," which detailed Lennon's post-Beatles years and started with a dedication to Wayne "Tex" Gabriel and Lennon:

To the memory of Wayne "Tex" Gabriel - A gifted musician and a good man. And to the spirit of John Lennon, of whom many have said the same thing.

Mitchell provided the following caption for the photograph and credited the image to Bob Gruen:

Bandsmen noted the bond formed between John and guitarist Wayne "Tex" Gabriel, who spent "hours sitting cross-legged on the floor" during studio sessions.

The book contains several other photographs of Lennon, Yoko Ono, and The Elephants, some of which are showcased in a video trailer for the book:

It is unlikely that Lennon and Guevara ever met. Guevara was killed in Bolivia in 1967, just a few years after "Beatlemania" struck with the release of the band's first album in 1963. During the few years that Guevara and Lennon could have met, the revolutionary was busy leading guerrilla troops in the Congo and Bolivia. Furthermore, Lennon's hair was much shorter in 1967, the year of Guevara's death, than is pictured here.