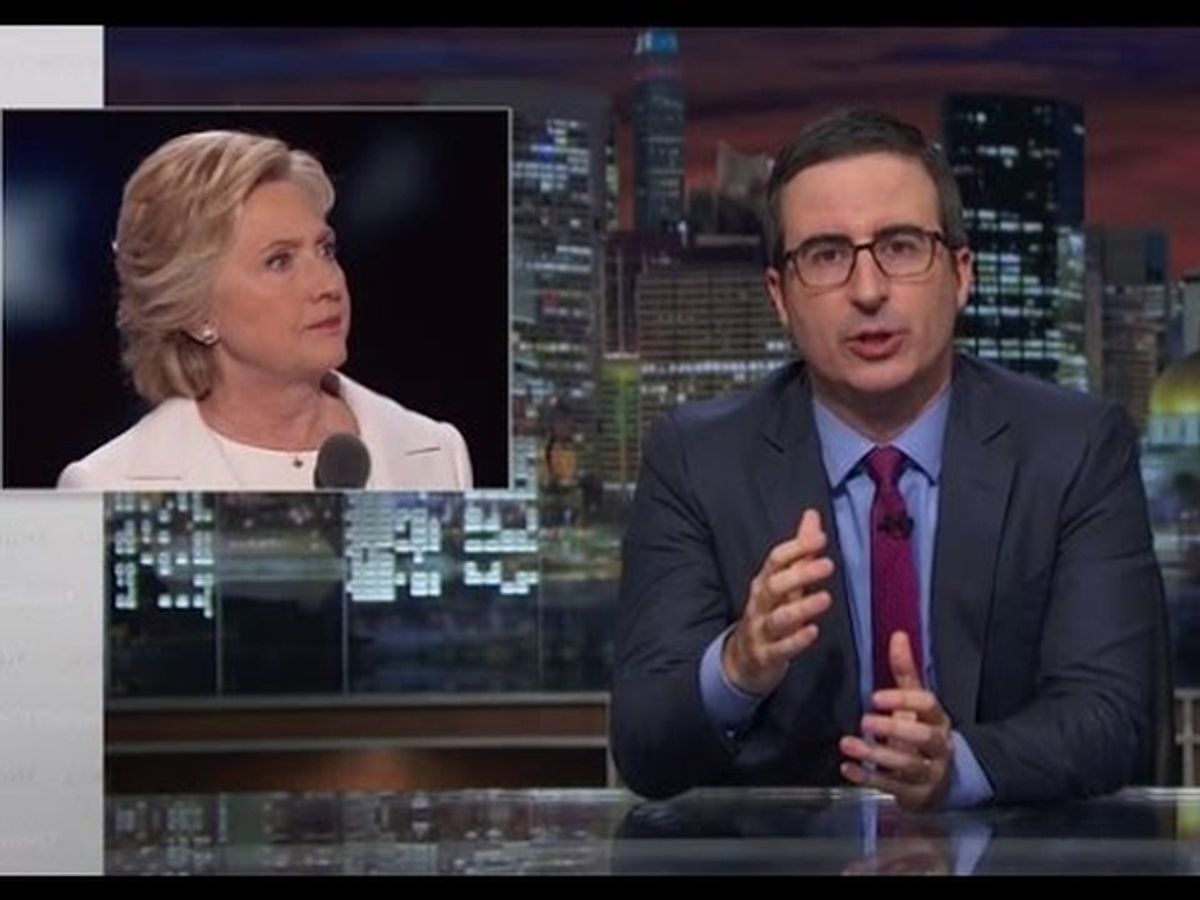 On 7 October 2016, various conspiracy theory web sites posted articles alleging that a hacked e-mail from the personal account of a former Hillary Clinton employee at the U.S. State Department, Capricia Penavic Marshall, suggested "some level of collusion" between the Clintons, HBO, and British-born comedian and television host John Oliver:

As presenter of the popular HBO show Last Week Tonight, Oliver has made a name for himself with a series of anti-Donald Trump monologues, including one that made global headlines when he revealed that the Trump family name was once changed from the ancestral name “Drumpf”.

The email was sent on February 19, 2015 by Greg Propper, an advisor to The Bill, Hillary and Chelsea Clinton Foundation. Its recipients included Sarah Henning, Director of Programs at the Clinton Foundation, and Capricia Marshal, who served as served as chief of protocol from 2009 to 2013 under Secretary Clinton at the State Department.

The email, which was sent to Henning’s ‘clintonfoundation.org’ address, is entitled, “We’ve made contact with John Olivier” and the body of the email reads, “And his team is working on it. Hope to have an answer tomorrow.”

While acknowledging that the spelling of Oliver's name is off by one character — "We've made contact with John Olivier," the e-mail reads — InfoWars goes on to claim that "the context makes it clear that the email is in reference to the comedian." That's patently false, however, considering that the entire message consists of 20 words: We are unable to explain why InfoWars wanted to convince us that the e-mail provides enough context to conclude that "John Olivier" is "John Oliver" — unless it's because they don't want us poking around and finding out there are more e-mails in the exchange that not only establish the context, but also prove that the Clinton associates reached out to Oliver for a perfectly above-board reason: to invite him to make a guest appearance at a March 9, 2015 event being planned in conjunction with the Bill and Melinda Gates Foundation.

In fact, Oliver was but one of a long list of celebrities under consideration: Apropos of John Oliver, the idea was apparently to have him open the show with a short comedy sketch. From the looks of it, they were trying to get singer John Legend to entertain, as well: Neither Oliver nor Legend ended up performing in the show. We scanned the leaked e-mails for further evidence of conspiracy, but found none — unless you count the idea of staging a surprise truce between "feuding" pop stars Katy Perry and Taylor Swift, an event that (like Oliver's appearance) also never came to pass.