Was Las Vegas Shooter Identified at an Anti-Trump Protest?

Conspiracy theorists attempted to tie the alleged Las Vegas mass shooter to an anti-Trump protest but offered little evidence to back up the claim. 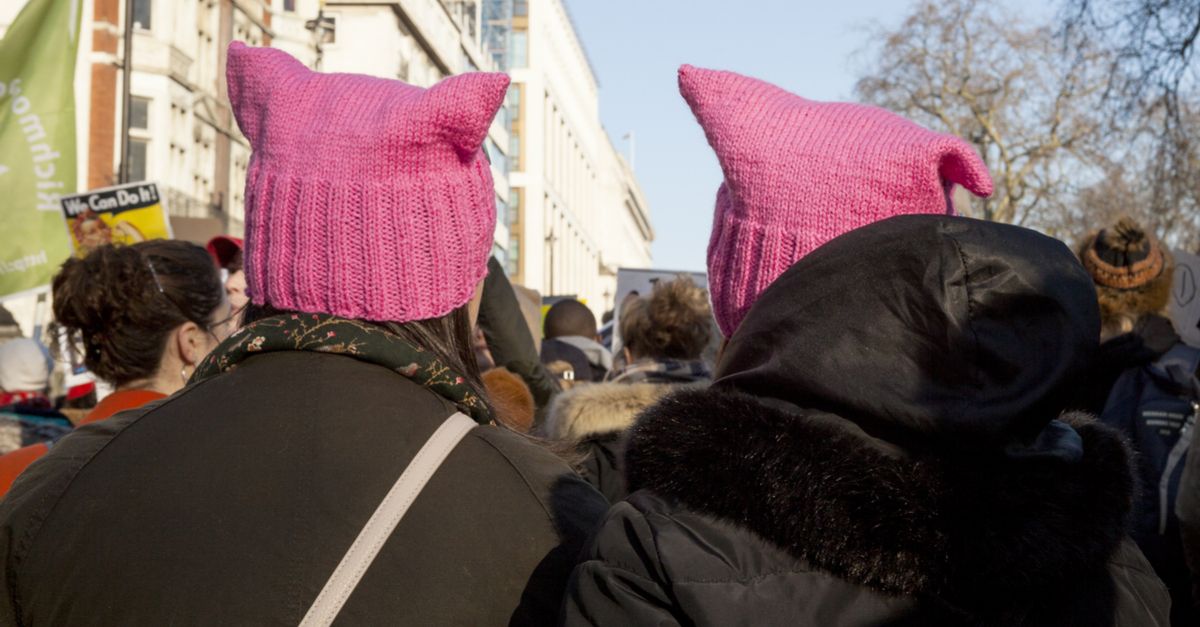 Claim:
The man accused of opening fire on hundreds of people in a Las Vegas casino in October 2017 was spotted at an anti-Trump protest two months earlier.
Rating:

The aftermath of a mass shooting is often a springboard for misinformation as ordinary citizens attempt to do their own investigative work. Such was the case in October 2017 after a gunman shot and killed more than 50 people and injured hundreds more from his hotel room in Las Vegas. When police identified the gunman as a 64-year-old white man with no criminal history or immediately apparent ties to a terrorist organization such as ISIS, some appeared to have a hard time rationalizing how he could commit such a deadly act (though some news reports pointed out that in fact most U.S. mass shootings are committed by white males):

Online conspiracy theorists soon started offering alternative explanations for the shooting. InfoWars host Alex Jones claimed (without evidence) that the event had been "scripted by deep state Democrats and their Islamic allies using mental patient cut-outs." A fake "Melbourne Antifa" Twitter account (which has no affiliation with a real antifa, or anti-fascist, group) claimed the gunman was a comrade.

Various threads on 4chan and the reddit group r/The_Donald pushed the narrative that he had been spotted at an anti-Trump rally, and thus was a "commie" or "leftist." This claim was promoted by far-right blogger Pamela Geller in an article offering photographic "proof" that the Las Vegas shooting was an act of "left-wing violence": But was the man wearing the iconic pink hats with cat ears in the above photo really the Las Vegas shooter? The evidence supporting this theory is flimsy at best.

First, the claim is largely based on a series of blurry images. As of this writing, only two photographs of the accused gunman have been released. One shows him with his eyes closed, and the other was taken several years prior to the attack in Las Vegas. The still shots of the protester were captured from various videos showing an anti-Trump demonstration in August 2017, and are small, low-resolution, and difficult to see.

Here's the best comparison we could create of photographs allegedly depicting the same man in these two different contexts: Although these images are blurry, one can spot noticeable differences, such as the two men's eyebrows (the accused gunman had light eyebrows, while the protester's eyebrows are dark) and earlobes (the bottom of the gunman's earlobes are attached, whereas the protester's appear detached). Even if the man in pink was indeed the Las Vegas shooter, it would be nearly impossible to identify him from this photograph alone.

It's as if conspiracy theorists simply searched for photographs of an anti-Trump protester who shared the shooter's approximate age, race, and gender in order to push the narrative that the latter's actions were politically motivated. In fact, another video purportedly showing the Las Vegas gunman at an anti-Trump rally identified an entirely different person: Although this individual is also white, middle-aged, and male, there's no evidence to suggest that he is the same man who committed the shootings.

The claim was also frequently accompanied by two other supporting pieces of "evidence": A woman can apparently be heard saying "Hi Steve" in one video of the protest (law enforcement officials say the shooter's first name was "Stephen"), and the gunman "lookalike" can be seen wearing a NASA t-shirt:

Although we're not positive what the woman actually said in the video (or which woman actually said it), that a man's first name is "Steve" is not sufficient to identify him as the Las Vegas shooter. In fact, the name "Steve" peaked in popularity in the late 50s and early 60s, when a man of the gunman's approximate age would have been born.

The fact that this protester was wearing a NASA shirt was deemed noteworthy after internet sleuths uncovered a news article listing someone with the same first and last name as the shooter's as a member of the NASA team preparing for a Mars mission. Although credible news reports have stated that the gunman once worked for Lockheed Martin, one of NASA's prime contractors, we have not been able to confirm that he ever held a position at the space agency itself. Regardless, pink NASA t-shirts are not available exclusively to former NASA employees.

The Las Vegas shooter was not positively identified at an anti-Trump protest in August 2017. This theory was based on assumptions, baseless leaps of logic, and little to no evidence. It also pushed a narrative that doesn't match any information thus far released by the authorities. As of this writing, police, journalists, and the gunman's family are still trying to figure out his motives. His brother, Eric, said that his sibling had no political or religious affiliations at all:

Liston, Barbara.   "Las Vegas gunman Stephen Paddock was a High-Stakes Gambler Who 'Kept to Himself' Before Massacre."     Washington Post.   2 October 2017.