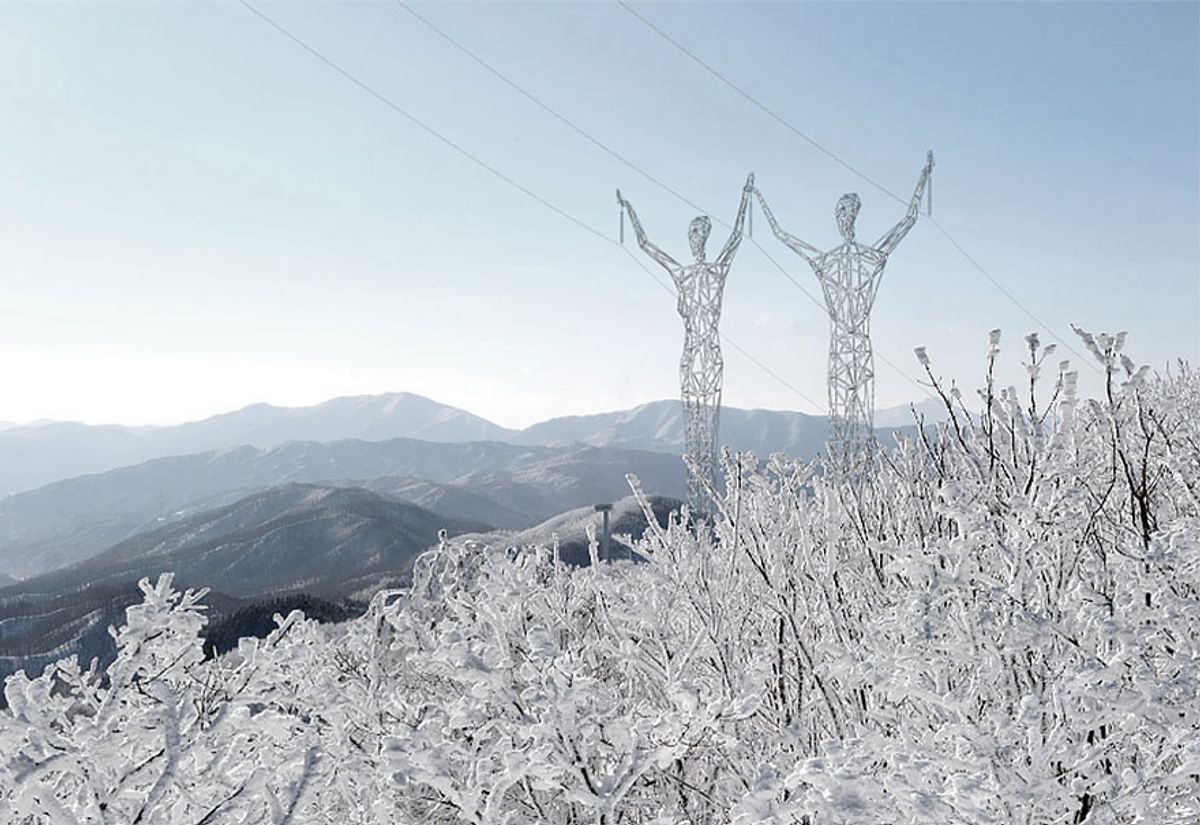 FACT CHECK:   Do photographs show power transmission lines in the shape of "metal giants" in Iceland? Origins:   In October 2015, a series of images purportedly showing Icelandic power transmission lines in the shape of giant humans started re-circulating online. While the majority of publications noted that these images were simply conceptual architectural designs and not actual photographs, misleading headlines such as "Architects Turned Boring Electricity Pylons Into Majestic Human-Shaped Statues in Iceland" led many people to believe that these were photographs of real installations: These pictures do not show actual sculptures deployed in Iceland, however. The images were created by the Choi + Shine Architects firm in 2008, and while the designs have won multiple awards, the "Land of Giants" they depict has never actually been built. That could change soon, however, as Choi + Shine told us in response to an inquiry that these giants may come to Iceland in 2017:


The Giants were almost built three times, but unfortunately for large civil project, there are many pieces of a project that have to all be approved at many levels. Currently we expect the Giants to be constructed in Iceland in 2017, but we are the designers of the project, and have little control of the construction or required approvals.