Laila Alawa and the Department of Homeland Security

Inaccurate reporting was common on the subject of Laila Alawa's appointment to a DHS advisory subcommittee on violent extremism. 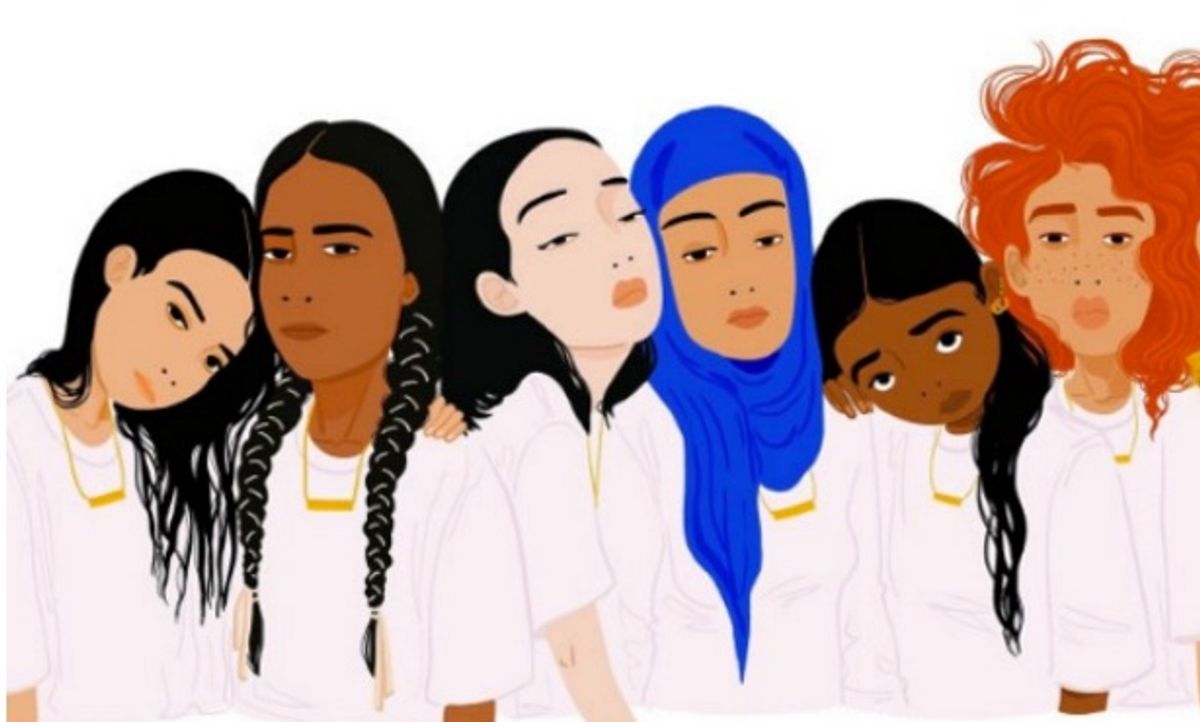 Alawa wasn't employed by the DHS, her appointment to an advisory council was not made by President Obama, she isn't a Syrian refugee, and she didn't "praise the 9/11 attacks."

One day after the Pulse Orlando nightclub shooting in June 2016, the web site Daily Caller published an article reporting that a sitting member of the Homeland Security Advisory Council is a Syrian immigrant who said that 9/11 "changed the world for good" and has "consistently disparaged America" on social media:

Laila Alawa was one of just 15 people tapped to serve on the newly-formed HSAC Subcommittee on Countering Violent Extremism in 2015 — the same year she became an American citizen. Just last week, the subcommittee submitted a report to Department of Homeland Security Secretary Jeh Johnson, recommending that the DHS avoid using Muslim terminology like the words “sharia” and “jihad” when discussing terrorism.

President Obama once again has shown his cards as an out of touch progressive with an agenda. He recently appointed a 25 year old Syrian immigrant to the Homeland Security Advisory Council’s Subcommittee on Countering Violent Extremism. This is the same person who rejoiced and praised the September 11th attacks and racially baited and attacked white people on social media.

The new appointee is Laila Alawa. She is placed on a committee that serves to stop another terrorist attack like September 11th. Despite the fact she praised it as a good thing. Seems rather ironic.

“9/11 changed the world for good and there’s not other way to say it. I just hope we keep having open conversations about our differences.”

All versions of claims about Laila Alawa appeared in conjunction with widespread reporting on the mass shooting in Orlando, with some unreliable web sites claiming that President Obama personally appointed Alawa to a DHS role: It is true that Laila Alawa's name appears on a document titled "Countering Violent Extremism Subcommittee Membership Roster," but (contrary to what some outlets implied or stated) that group was neither a "task force" nor was it connected to any law enforcement initiative. A 9 June 2016, DHS issued a report that described a discussion-based meeting, "an incubator of ideas" that aimed "to leverage outside expertise and new thinking to support and enhance as well as assist" existing efforts. In other words, a roundtable discussion, not a law enforcement initiative, that took place well before the Orlando nightclub shooting (the linkage of the DHS subcommittee with the Orlando shootings apparently occurred because the former released its report just a few days before the latter event):

In November 2015, Jeh C. Johnson, Secretary of the U.S. Department of Homeland Security (the Department), directed the Homeland Security Advisory Council (“HSAC”), to establish a subcommittee (“Subcommittee”) that is focused on Countering Violent Extremism (“CVE”). The Subcommittee was stood up to act as an incubator of ideas for the new Office for Community Partnerships (DHS/OCP), and has worked to leverage outside expertise and new thinking to support and enhance as well as assist in reframing and re-envisioning, where necessary the Department’s CVE efforts.

Specifically, the Subcommittee was asked to address how the Department could best support non-governmental initiatives that either directly or indirectly counter violent extremism, including:

o Identifying opportunities or platforms useful for the Department’s facilitation of
public-private partnerships with both technology and philanthropic sectors.

o The development of new networks and a framework for sustained dialogue and
engagement with those partners to include non-governmental sectors.

o Other non-governmental sectors, besides technology and philanthropic, that should
be leveraged for CVE and how the Department should engage them.

o How best to work with education and mental health professionals to help parents
and schools understand how they can counter youth radicalization to violence.

o How the Department can inspire peer-to-peer attempts to challenge violent
extremism through public-private partnerships.

As usual, the Daily Caller made hay out of selectively quoting material to create impressions unsupported by facts For example:

Laila Alawa was one of just 15 people tapped to serve on the newly-formed HSAC Subcommittee on Countering Violent Extremism in 2015 — the same year she became an American citizen. Just last week, the subcommittee submitted a report to Department of Homeland Security Secretary Jeh Johnson, recommending that the DHS avoid using Muslim terminology like the words “sharia” and “jihad” when discussing terrorism.

Apparently in the Daily Caller's view, the avoidance of "Muslim terminology" is a really bad thing, something that Laila Alawa clearly had a hand in. But of course, the Daily Caller quoted nothing documenting how much of a hand Laila Alawa in making that particular recommendation (she was but one of 15 people on the subcommittee), nor why that recommendation was made.

A bit later, though, the Daily Caller did offer their own disingenuous explanation for that recommendation:

As originally reported by The Daily Caller, the subcommittee Alawa serves on instructed the DHS to begin “using American English instead of religious, legal and cultural terms like ‘jihad,’ ‘sharia,’ ‘takfir‘ or ‘umma‘” when discussing terrorism in order to avoid offending Muslims.

In fact, the DHS report made no mention of eschewing the use of such terms to "avoid offending Muslims." Rather, it suggested that the use "plain meaning American English" was preferable to jargon that is often poorly understood by Americans:

b. AMERICAN ENGLISH: For example, on using American English instead of religious, legal and cultural terms like “jihad,” “sharia,” “takfir” or “umma.”

The report instructs the DHS not to use any language that might be “disrespectful” to Muslims, including (but not limited to) the words “jihad,” “sharia” and “takfir.”

In fact, the DHS report did not state that the subcommittee had "instructed DHS not to use any language that might be disrespectful to Muslims," nor did the referenced passage cite any particular words to be avoid. The report merely noted that multiple reports (not just the report of this subcommittee) had advised the avoidance of any language "disrespectful of fellow Americans" (Muslim or otherwise):

At the same time, report after report has recommended that the U.S. Government be consistent in its language and its meaning, highlighting that tone and word choice matter. Under no circumstance should we be using language that will alienate or be disrespectful of fellow Americans. Thus, we need to be clearer in what we mean and how we say it.

The Daily Caller also misreported another aspect of the DHS report, stating that:

In the Countering Violent Extremism report, Alawa and her fellow subcommittee members recommended that the Department of Homeland Security “adapt to the changing nature of violent extremism itself” by devoting more attention to “anarchists, sovereign citizens, white-supremacists, and others.”

But the report didn't say that subcommittee members had advised the DHS to "devote more attention" to other groups. What the subcommittee suggested was that violent extremism and radicalization are not the province of any one group or ideology, and that the U.S. government should prioritize their efforts based on "forms that pose the greatest threats to safety and security":

The United States Government must take all forms of violent extremism and radicalization seriously, prioritizing those forms that pose the greatest threats to safety and security, most urgently.

Ultimately, the approaches this report recommends for the Department will help it evolve over time and adapt to the changing nature of violent extremism itself, namely, the convergence and alliances of violent extremist groups across the full spectrum of grievances: To include those that espouse and/or undertake violence justified through various ideologies, to include anarchists, sovereign citizens, white-supremacists, and others.

We contacted Laila Alawa ourselves for additional details about the issue, and she confirmed that President Obama was not linked with her appointment to the subcommittee, adding that the Daily Caller had urged people to call for her to be fired from that appointment. What she was referencing was apparently a Daily Caller poll asking readers to vote on whether she should be fired: (Contrary to some reports, Alawa isn't actually employed by the DHS in any capacity; she heads a media organization called The Tempest, "created and run by diverse millennial women.")

The Daily Caller also referenced or reproduced a 2014 tweet from Alawa six different times in the course of their article, without once explicating what she meant by it (thereby creating the misleading impression that it intended to be disparaging):

Alawa told us she didn't mean that 9/11 had changed the world "for the [greater] good," but that she meant the attack had changed the world "forever." She also disputed frequent characterizations of her as a "Syrian refugee," noting that she was around six years old when her family moved to Japan before settling in the United States. Alawa is 24 (not 25, as is often stated), and her move to the U.S. occurred well before the recent mass exodus of refugees from the strife in Syria.