The Illinois man, acquitted of murder in November 2021, alleged the president "defamed my character." 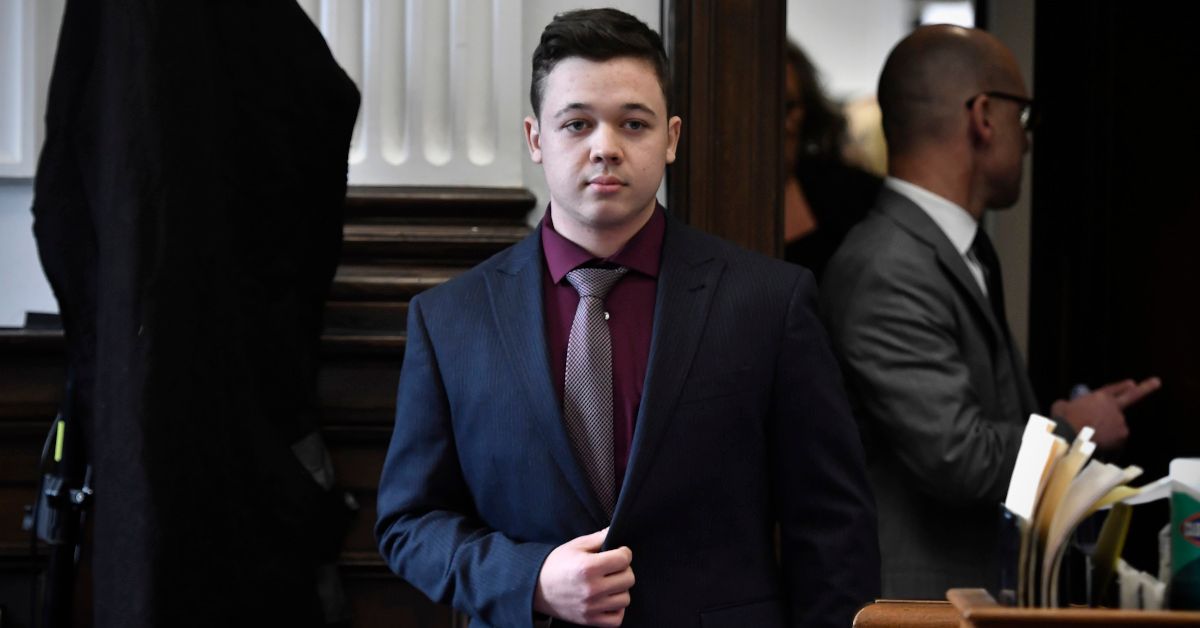 On two occasions, Biden made remarks or promoted a campaign advertisement that strongly suggested Rittenhouse was a white supremacist, or at least, closely associated with white supremacists and/or militia groups. However ...

Biden did not explicitly describe Rittenhouse as a white supremacist.

In November 2021, a jury in Kenosha, Wisconsin, acquitted Kyle Rittenhouse on all charges related to his involvement in fatal shootings during civil unrest linked to protests against racial injustice and police brutality in August 2020.

In the aftermath of the verdicts, Rittenhouse and his many supporters expressed resentment at what they presented as unfair and prejudicial commentary on the shootings. In particular, several observers highlighted remarks made by President Joe Biden and his campaign, at that time, and criticized the then-Democratic candidate for, in their description, calling Rittenhouse a "white supremacist."

During an interview with Fox News' Tucker Carlson on Nov. 22, Rittenhouse himself said Biden had acted with "actual malice, defaming my character":

Snopes has reviewed footage related to two instances in which Biden referred to Rittenhouse during the 2020 presidential campaign. Our conclusion is that Biden did not explicitly describe the Illinois man as a "white supremacist." However, Biden clearly suggested that Rittenhouse was a white supremacist or, at the very least, had substantial links with white supremacists and/or armed militias. As a result, we are issuing a rating of "Mostly True."

Biden conducted an interview with CNN's Anderson Cooper on Aug. 27, 2020 — two days after the Rittenhouse shootings in Kenosha, which took place in the backdrop of a renewed wave of protests after police in the city shot and seriously injured Jacob Blake, a 29-year-old Black man. The relevant section of the conversation can be watched below, and the following is an excerpted transcript:

Cooper: The president has not talked about the shooting of Mr. Blake. He's talked about violence at protests in the wake of it. I'm wondering why you think that is that he hasn't actually addressed it? There's obviously a lot we do not know about the circumstances around it, but the video, obviously, has been out there.

Biden: Well look, I don't know enough to know whether that 17-year-old kid — exactly what he did. But allegedly he's part of a militia coming out of the state of Illinois. Have you ever heard this president say one negative thing about white supremacists? Have you ever heard it?...

In that response, Biden made one explicit factual claim about Rittenhouse — "allegedly he's part of a militia" — which was immediately followed by remarks about former President Trump and white supremacists.

Snopes asked the White House whether Biden now stood by the way in which he characterized Rittenhouse during his CNN interview, or if he wished to retract or modify those remarks. We did not receive a response in time for publication.

During the first presidential debate on Sept. 29, 2020, Biden and Trump clashed over the Republican incumbent's support among white supremacist groups, with Fox News moderator Chris Wallace pressing the president to "condemn white supremacist and militia groups."

That exchange — which we covered in considerable detail at the time — produced the famous "Proud Boys, stand back and stand by" moment, and prompted many critics of Trump to accuse him of "refusing" to distance himself from white supremacists and far-right militia groups.

The following day, Biden's campaign produced an ad that highlighted that explosive moment from the previous evening's debate. It contained audio of the three-way exchange between Wallace, Trump, and Biden, overlaid with video footage and still images of various high-profile instances of white supremacist violence.

An excerpted transcript is available here:

Chris Wallace (addressing Trump): — but are you willing, tonight, to condemn white supremacist and militia groups —
Trump: Sure
Wallace: — and to say that they need to stand down and not add to the violence in a number of these cities, as we saw in Kenosha, and as we’ve seen in Portland?

On the words "as we saw in Kenosha," the campaign video showed a still image of Rittenhouse holding a firearm, taken from the night of the shootings on Aug. 25, 2020: The clear suggestion there was, again, that Rittenhouse was himself a white supremacist militia member, or at the very least was closely associated with such groups — claims that, as we have shown, Rittenhouse has vehemently denied.

Snopes asked the White House whether Biden stood by this component of the campaign ad, and whether he regretted the fact that it strongly suggested Rittenhouse was a white supremacist. We did not receive a response to this question.