Does a Photograph of Kidney Stones Show the Effect of Sodas and Energy Drinks?

Experts say that blaming soft drinks or energy drinks alone for the formation of kidney stones is dishonest. 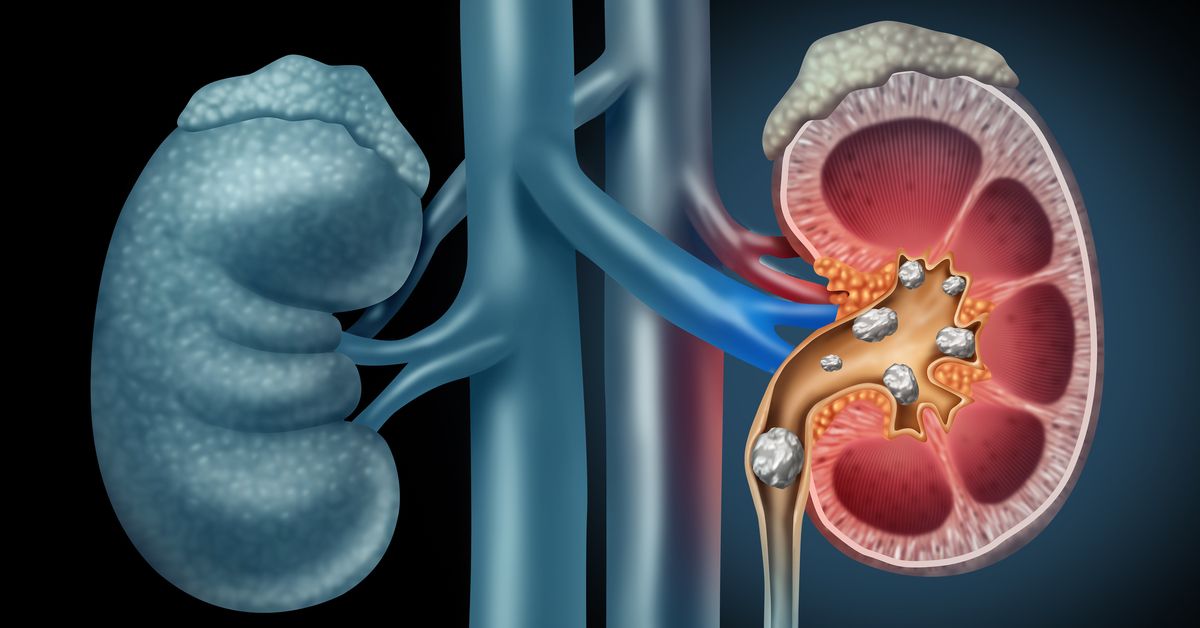 Claim:
A photograph shows kidney stones that were caused by heavy consumption of soft drinks and energy drinks.
Rating:

A graphic photograph of kidney stones circulating for years online has been used to push a purported tip for healthy living, but medical experts say that the image has, unsurprisingly, been misappropriated by people seeking attention and "likes."

One iteration of the photograph, which has been shared hundreds of thousands of times on Facebook, pushes the claim that it "belonged to someone who overindulged in energy drinks" and tells other users, "Show this to folks that's [sic] addicted": According to the Mayo Clinic, kidney stones can stem from several different causes: "Kidney stones form when your urine contains more crystal-forming substances -- such as calcium, oxalate and uric acid -- than the fluid in your urine can dilute. At the same time, your urine may lack substances that prevent crystals from sticking together, creating an ideal environment for kidney stones to form."

While most stones are composed of calcium oxalate, metabolic conditions such as high blood sugar, blood pressure, or elevated cholesterol levels can contribute to the development of another type of stone, calcium phosphate.

Simon Conti, an assistant professor of urology at Stanford University, told us that the condition seen in the photograph could be metabolic in nature. However, he said, while the photograph does depict kidney stones, to blame it solely on heavy soda or energy drink consumption is taking it out of context. "More likely this person had an obstruction of some sort and the stones filled that area up," Conti told us.

In 2014, the American College of Physicians advised the public to increase their daily water intake in order to help prevent stones from forming, citing a study that determined that kidney stone patients who drank less sodas containing phosphoric acid cut their risk of developing more stones by about 15 percent.

But while sugar content and the possible risk of diabetes are viable issues with heavy soda consumption, Conti said, to solely blame soft drinks and energy drinks for suffering from kidney stones is dishonest.

"There is a series of events that one could imagine from drinking too many energy drinks that could lead eventually to this," he said. "But for your average person drinking colas or energy drinks there's going to be other problems before this sort of thing happens. This is a very far gone kidney that had a lot of problems before it got to this point."