Why Did 'Kentucky Fried Chicken' Change Their Name to 'KFC'?

Did KFC change its name from 'Kentucky Fried Chicken' to eliminate the word 'fried'? 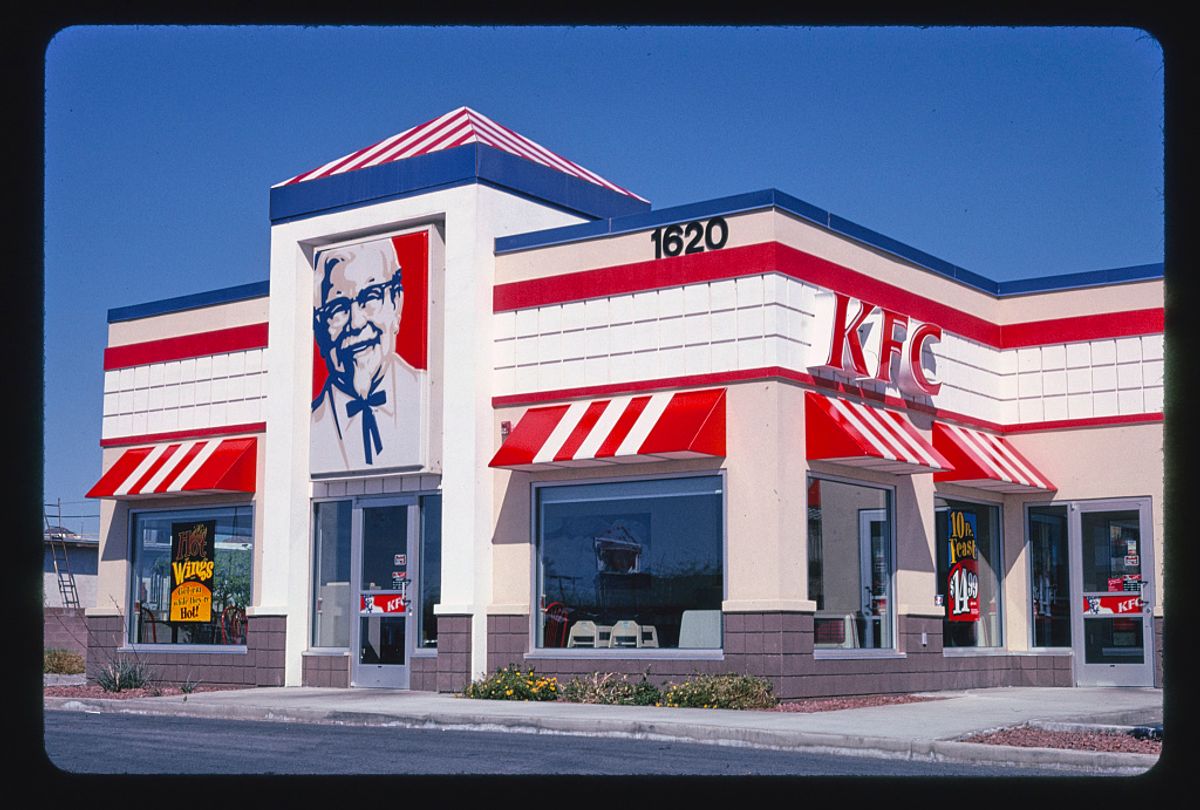 Claim:
The restaurant chain formerly known as "Kentucky Fried Chicken" changed its name to KFC to eliminate the word "fried" from its title.
Rating:

First of all, let's dispense with one of the sillier claims circulating about this topic: The good folks at Kentucky Fried Chicken were allegedly breeding "mutant" chickens with extra-large breasts and additional legs (four, six, or eight, depending on which variation of this wacky legend you heard). The U.S. Food and Drug Administration stepped in and told Kentucky Fried Chicken that the genetically engineered creatures they were producing on their poultry farms could not legally be marketed as "chicken." Rather than give up the lucrative sales of meat from their big-breasted, multi-legged fowl to adhere to FDA regulations, the company deftly sidestepped the problem by changing their name to "KFC," thus eliminating all mention of the word "chicken" from their menu and advertisements.

Obviously, this tale is complete hokum, one of the many business legends concerning attempts to avoid government regulations through the expedient of a deceptive name change. (Other examples include the town in Japan that supposedly changed its name to "Usa" so that it could stamp "Made in USA" on its exports, or the meat company that chose "100% Beef" as its moniker so that it could ship sub-standard beef in boxes marked "100% Beef.")

Back to our story: In 1991, Kentucky Fried chicken announced that it was officially changing its name to "KFC" (as well as updating its packaging and logo with a more modern, sleeker look). The public relations reason given for the name change was that health-conscious consumers associated the word "fried" with "unhealthy" and "high cholesterol," causing some of them to completely shun the wide variety of "healthy" menu items being introduced at Kentucky Fried Chicken outlets. The new title and image were designed to lure back customers to a restaurant now offering foods branded as "better for you," we were told.

It sounded good, but the real reason behind the shift to KFC had nothing to do with healthy food or finicky consumers: it was about money — money that Kentucky Fried Chicken would have had to pay to continue using their original name. In 1990, the Commonwealth of Kentucky, mired in debt, took the unusual step of trademarking their name. Henceforth, anyone using the word "Kentucky" for business reasons — inside or outside of the state — would have to obtain permission and pay licensing fees to the Commonwealth of Kentucky. It was an unusual and brilliant scheme to alleviate government debt, but it was also one that alienated one of the most famous companies ever associated with Kentucky. The venerable Kentucky Fried Chicken chain, a mainstay of American culture since its first franchise opened in Salt Lake City in 1952, refused as a matter of principle to pay royalties on a name they had been using for four decades. After a year of fruitless negotiations with the Kentucky state government, Kentucky Fried Chicken — unwilling to submit to "such a terrible injustice" — threw in the towel and changed their name instead, timing the announcement to coincide with the introduction of new packaging and products to obscure the real reasons behind the altering of their corporate name.

Kentucky Fried Chicken were not the only ones who bravely refused to knuckle under. The name of the most famous horse race in North America, held every year at Churchill Downs, was changed from the "Kentucky Derby" to "The Run for the Roses" for similar reasons; many seed and nursery outfits that had previously offered Kentucky Bluegrass switched to a product known as "Shenandoah Bluegrass" instead; and Neil Diamond's song "Kentucky Woman" was dropped from radio playlists at his request, as the licensing fees he was obligated to pay the Commonwealth of Kentucky exceeded the performance royalties he was receiving for the airplay.

Update:   In November 2006, KFC and the State of Kentucky finally reached an undisclosed settlement over the former's use of the trademarked word "Kentucky," and the restaurant chain announced it would be resuming its former name of "Kentucky Fried Chicken."