Was the Keystone Pipeline Shut Down After Leaking Oil?

The pipeline did leak in North Dakota, but claims by alternative media that "no one" was talking about it were demonstrably false. 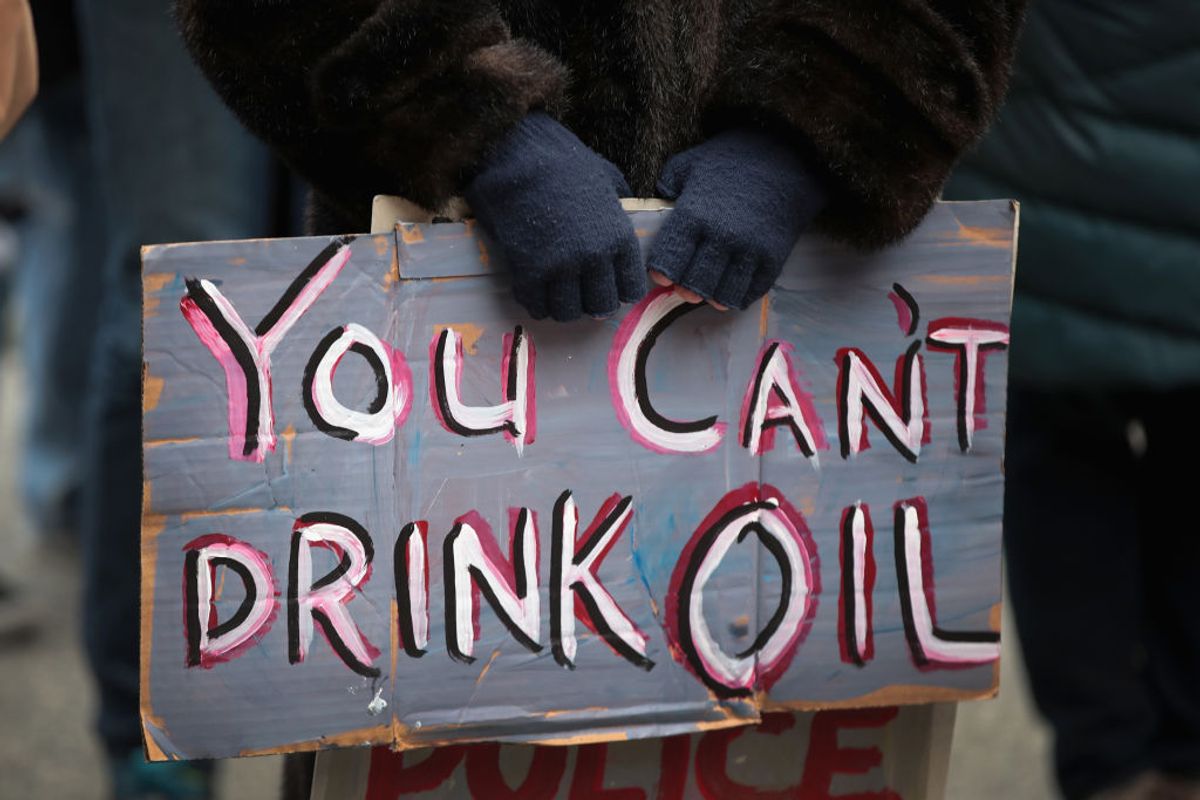 Claim:
The Keystone Pipeline in North Dakota was shut down after it leaked oil.
Rating:

The Keystone pipeline leaked an estimated 9,120 barrels of oil, or roughly 383,000 gallons, in North Dakota in late October 2019 before it was shut down as a result of the leak, according to TC Energy, the company that operates the pipeline.

Readers asked Snopes if the story was true after they saw a headline from the conspiracy site The Mind Unleashed circulating on social media. The headline, published on Oct. 30, 2019, read  "Keystone Pipeline Shut Down After Leaking Oil in North Dakota and Nobody’s Talking About It." Ironically, even as The Mind Unleashed reported "nobody" was talking about the spill, the entirety of its story was sourced from a report by the Associated Press.

The leak was also reported on by The New York Times, which noted that the pipeline in question wasn't the controversial Keystone XL, although the two are operated by the same company:

Tuesday’s leak occurred along a stretch of the existing Keystone pipeline system, not the 1,179-mile addition to that system known as the Keystone XL pipeline, he [Karl Rockeman, director of the North Dakota Department of Environmental Quality’s division of water quality] said. Keystone XL has been the subject of environmental protests for years. President Barack Obama denied it a permit in 2015, but just days after taking office [in 2017], President Trump cleared a path for its operator, formerly known as TransCanada, to proceed.

This is the second major incident for the pipeline system in the last two years. In 2017, a spill coated a stretch of grassland in South Dakota with more than 407,000 gallons of leaked Canadian crude oil, which was nearly twice as much as originally estimated, according to the company. The pipeline also leaked about 16,000 gallons each in spills in 2011 in North Dakota and in 2016 in South Dakota.

The leak was detected on Oct. 29, 2019, according to a statement released by TC Energy, prompting the company to begin shutting down the pipeline. Public officials identify the affected area as a rural wetland in Walsh County, which is in northeast North Dakota, near the Minnesota border.

The spill occurred about three miles northwest of the small city of Edinburg, but officials said said there's no indication the spill contaminated drinking water. Karl Rockeman, director of the North Dakota Department of Environmental Quality’s division of water quality, told the Times that the spill is "one of the larger spills in the state."

In an email to Snopes, Rockeman said that no impacts on public health occurred as a result of the spill, and that on the surface, the spill has been contained. A "subsurface investigation is continuing," Rockeman added.

Although the pipeline is separate from the Dakota Access Pipeline, which drew a year-long, impassioned protest from the Standing Rock Sioux and environmental activists, the Keystone leak drew anger from advocates who say the pipelines present an ongoing environmental and public health hazard because of the demonstrated danger of leaks.

The Keystone pipeline just spilled AGAIN** — and is now the 8th largest pipeline oil spill in the past decade. ??

**Brought to you by the corporation that wants to build the much larger #KXL pipeline and have it cut right through the Midwest... https://t.co/gHXxIC12Sw #NoKXL

This is the third spill along the Keystone pipeline's route in less than three years. Pipeline projects like this will continue to spill and pollute the earth until we shut them down for good and replace with 100% clean energy. #Zeroto100 https://t.co/Z5hjcgkegt