Did a Kentucky Lawmaker Introduce a Bill Requiring Men to Get Wives' Permission to Take Viagra?

Rep. Mary Lou Marzian, who is also a registered nurse, joked that she introduced the tongue-in-cheek 2016 legislation 'to protect these men from themselves.' 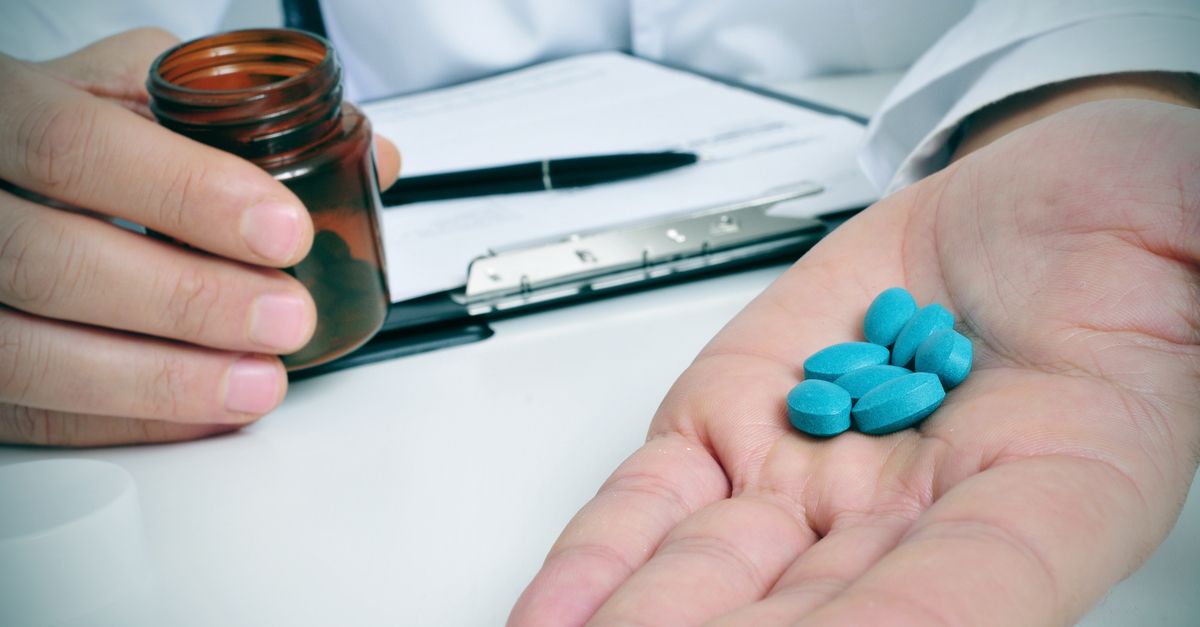 Claim:
A 2016 bill before the Kentucky legislature would have required men to get their wives' permission before obtaining a prescription for Viagra or other erectile dysfunction drug.
Rating:

In mid-February 2017, several online news outlets (including Fox59.com and NBC4i.com) published articles reporting that a bill introduced in the Kentucky legislature would require that every man seeking a prescription for Viagra or other erectile dysfunction drug be legally married, secure permission from his wife, consult with a doctor twice, and swear on a Bible that it will only be used while having sexual relations with his spouse before the medication can be prescribed.

The reports are factual, but based on events that occurred 12 months earlier.

The bill, HB 396 ("An Act Relating to Prescription Drugs for Erectile Dysfunction"), was introduced on 11 February 2016, the same day Kentucky Governor Matt Bevin (R) signed a controversial "informed consent" law requiring women to consult face-to-face with a doctor at least 24 hours before having an abortion.

Rep. Mary Lou Marzian (D) of Louisville told the Courier-Journal she authored the legislation "to protect these men from themselves." Marzian, an abortion rights supporter, was one of only three members of the Kentucky House of Representatives to vote against the informed consent law, which had been defended on similar grounds.

For those who may have missed the point, Marzian explained in a subsequent interview that she came up with the Viagra bill as a sarcastic way to conveying a serious message:

And so how has this bill been received by your colleagues? I think some people consider it to be a joke. Is it a joke?

Actually, it’s tongue-in-cheek, but it’s a very serious issue. Do we want government inserting itself, do we want our government telling people what to do with their personal, private decisions? Do I want Gov. [Matt] Bevin, do I want the Senate, the House of Representatives for that matter, national folks and all of the Republican candidates are anti-choice and saying they want to stop abortion?

But this is a safe, legal procedure, and women are moral people and they can make a decision. We can make a decision for ourselves without any of these males telling us that we need to have two visits, we need to have an ultrasound, we need to understand what we’re doing. Because we’re smart enough and we know what we’re doing, and it’s insulting and demeaning to women to have all of these obstacles for us to have to jump through.

As expected, after being sent to committee on 16 February 2016, HB 396 never saw the light of day again, until it reappeared a year later, presumably initially driven by social media shares by people who did not realize the story was from 2016, not 2017.