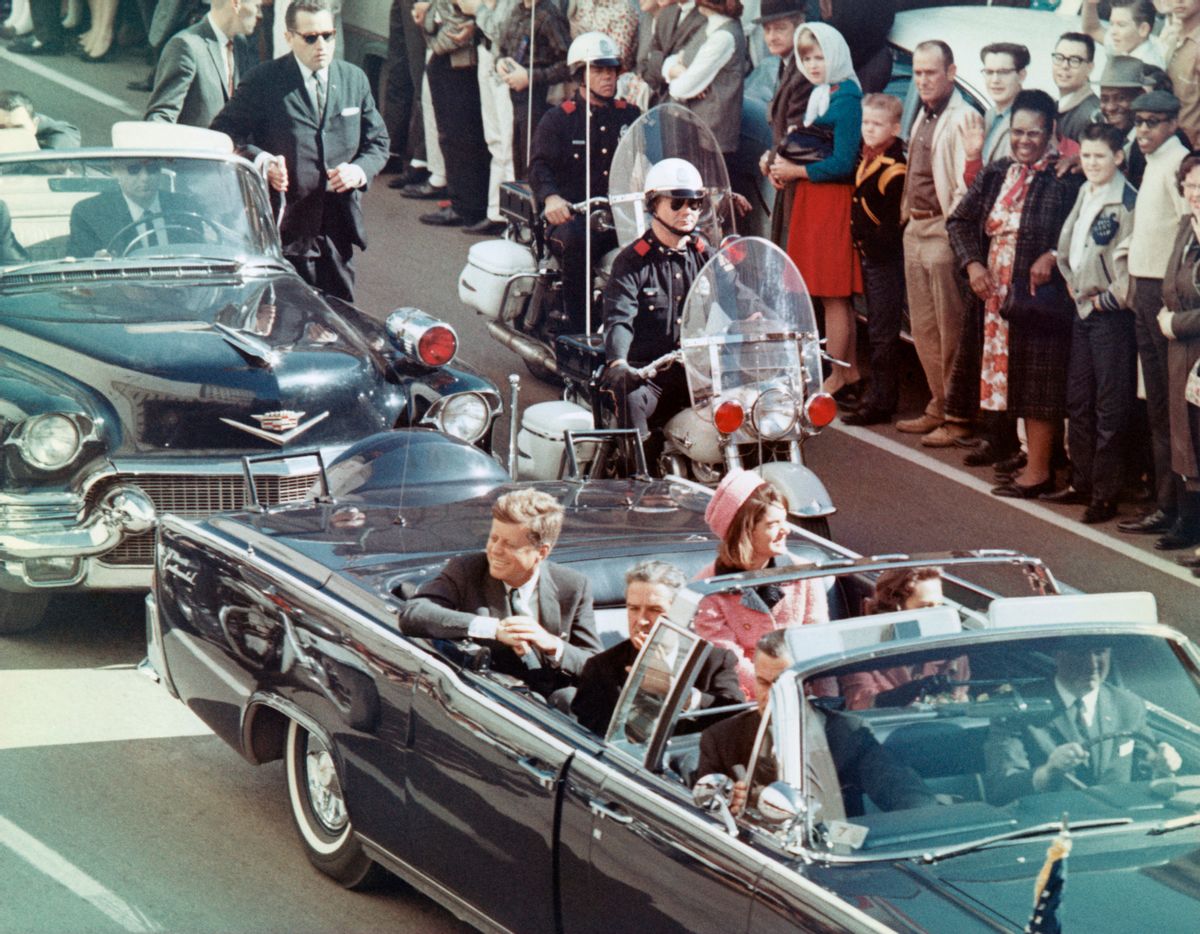 On April 21, 2021, the @creepymania_ TikTok account posted a video that purportedly showed a photograph of former U.S. President John F. Kennedy's bloody shirt from the day he died. He was assassinated on Nov. 22, 1963, while riding in a car in Dallas, Texas.

The video was viewed more than 1 million times. Its caption read: "John F. Kennedy's bloodstained shirt he was wearing the day he was assassinated in 1963."

It's true that the picture shows Kennedy's bloody shirt from the day he died.

We found several matching photographs on Getty Images that were credited to the National Archives. The TikTok video showed the back of Kennedy's bloody shirt: We also found a picture of the front of the shirt: A third image on the Getty Images website showed what was described as Kennedy's bloody and "bullet-riddled shirt": (Original Caption) This is a view of clothing worn by president John F. Kennedy, at the time of his assassination. (Courtesy: Bettmann / Contributor)

In 2019, Kennedy's bloody shirt made the news after a hoax went around that claimed reality TV show star Kim Kardashian had gifted the item to one of her children, North. This was not true.

At the time, People.com reported:

Kim Kardashian West is setting the record straight on whether or not she gifted her 6-year-old daughter North former President John F. Kennedy‘s bloody button-down shirt for Christmas.

On Monday, a fan on Twitter called out Refinery29 after the media outlet published a report, which included a photo originally believed to be from the reality star’s Instagram Stories depicting the shirt, which JFK assumably wore on the day he was assassinated in 1963.

“I AM SCREAMING someone tweeted as a joke that Kim Kardashian gifted North JFK’s bloody shirt and Refinery29 wrote about it as if it were true????” the fan wrote on Twitter alongside a grab of the article, highlighting the excerpt “What is North West going to do with JFK’s bloody shirt? And why isn’t it in a museum?”

Kardashian tweeted that the rumor was "fake" and a "sick joke."

Also related to Kennedy's assassination, we found reporting from 2013 where the Houston Chronicle and The Associated Press chronicled another bloody shirt. This one belonged to Texas Gov. John Connally, who was also injured by the gunfire.

At the time, Connally's shirt was set to go on exhibit to mark the 50th anniversary of the assassination:

"It makes an impact, it's pretty dramatic and it kind of gives you pause," Sarah Norris, conservator at the Lorenzo de Zavala State Archives and Library [...] "It creates the sense of immediacy about what happened that day."

John Anderson, preservation officer at the archives, said the display tells an important aspect of a well-known story.

"For Texans, this is something that maybe gets forgotten by some of the rest of the world, that Gov. Connally was shot at the same time," he said, noting that Connally's chest wound could have been fatal.

Connally was "seriously wounded" but survived the ordeal. He later died in 1993.