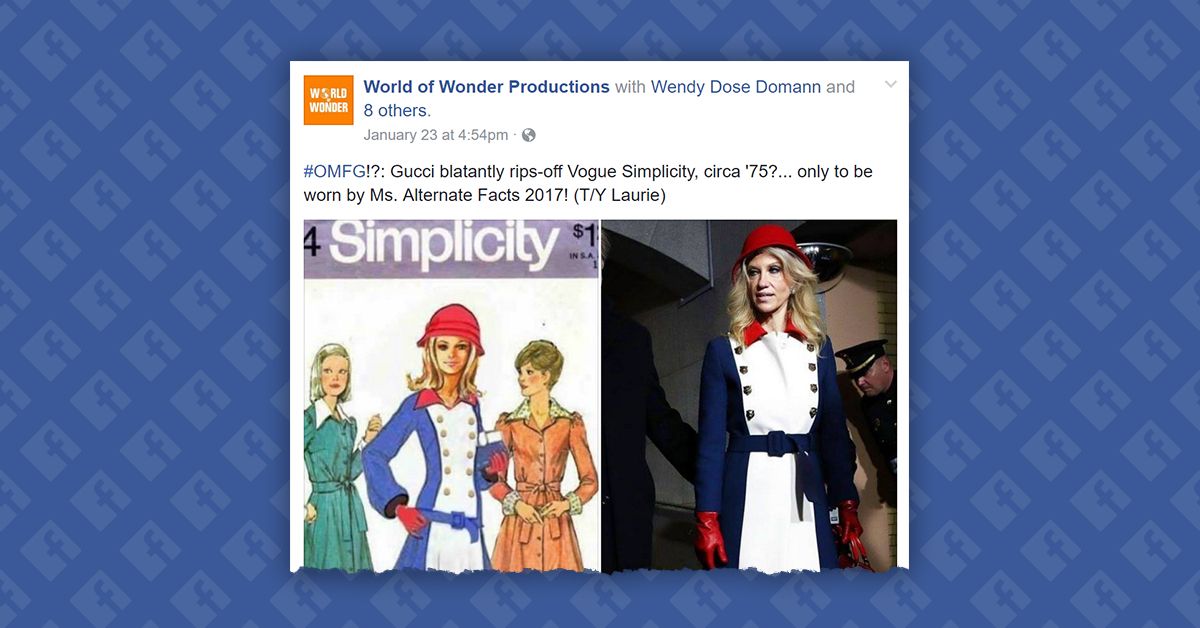 The Gucci attire worn by presidential counselor Kellyanne Conway at President Donald Trump's 20 January 2017 inauguration became a viral sensation, amplified by the circulation of a subsequent online image suggesting the ensemble was virtually identical to one issued by pattern maker Simplicity in the mid-1970s.

The Facebook page "World of Wonder Productions" shared a side-by-side comparison of Conway's unique jacket and what appeared to be a vintage Simplicity pattern packet sporting an undeniably similar design:

Although the comparison image was shared widely, it was also easily debunked as a fake. The depicted Simplicity pattern was numbered 6554 and issued in 1974, and at least eight unaltered units of the pattern available for sale via several Etsy shops catering to collectors show it to be different in appearance than the circulated image: The creator of the Kellyanne Conway Simplicity pattern image is unknown, but pattern collectors' sites and shops made the unaltered version easy to find. In its original form, the drawn center model's attire in no way resembled the Gucci jacket Conway donned for the 2017 inauguration.