No, AL Gov. Kay Ivey Is Not in This Photo Protesting Desegregation in Louisiana 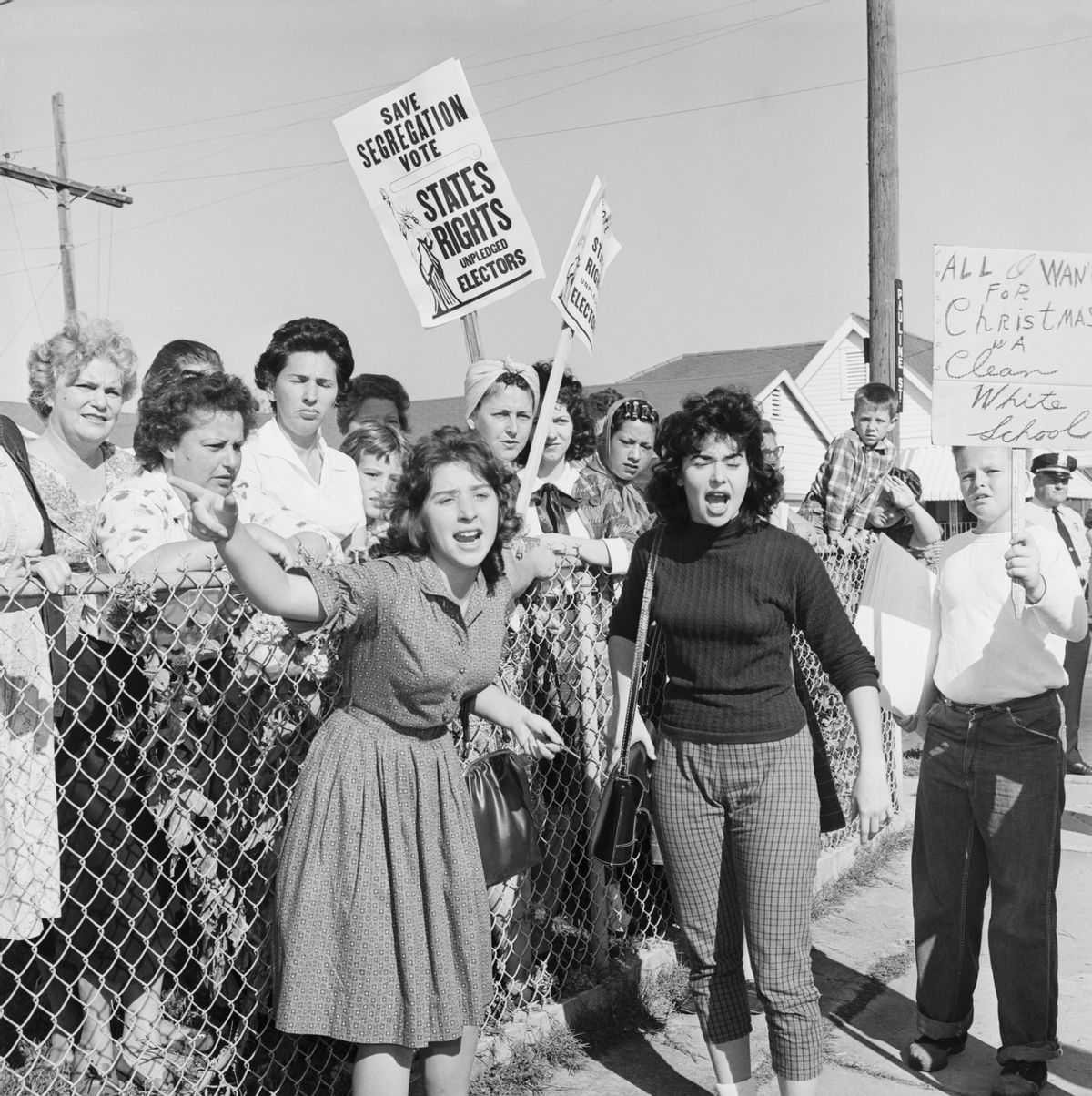 On Oct. 20, 2021, Alabama Gov. Kay Ivey, a Republican, tweeted the following: "We have permanently BANNED Critical Race Theory in Alabama. We’re focused on teaching our children how to read and write, not HATE."

A Twitter user responded by displaying a photograph that purportedly showed Ivey protesting against desegregation. It was retweeted and liked tens of thousands of times. However, there is no evidence that Ivey appeared in this picture. The same photograph later showed up in a TikTok video.

According to Getty Images, the photograph was shot in New Orleans, Louisiana, on Nov. 15, 1960. The official caption read: "Women at William Franz Elementary School yell at police officers during a protest against desegregation at the school, as three black youngsters attended classes at the school for the second day. Some carry signs stating 'All I Want For Christmas is a Clean White School' and 'Save Segregation Vote, States Rights Pledged Electors.'"

The picture that appeared in the viral tweet told part of the story of Ruby Bridges. According to womenshistory.org, at the time, Bridges was a six-year-old Black girl who "became the first African American student to integrate an elementary school in the South." Ruby Bridges is escorted by US Federal Marshals into William Frantz elementary school during the second week of the court-ordered integration in New Orleans, Louisiana on Nov. 28, 1960. Two white students attended that day as there has been an almost total white boycott of the integrated schools. (Photo by Underwood Archives/Getty Images)

We found no reporting or other data that linked Ivey to the picture from the viral tweet. Further, according to biographies about her early life, she grew up in the state of Alabama and would have been 16 years old when the photograph was taken.

Others pointed out that Ivey appeared in blackface in the past while attending Auburn University, which is true. However, that is a separate claim from the picture that showed people protesting against desegregation in Louisiana, which had nothing to do with her.