Did Disney 'Hire' Colin Kaepernick To 'Teach Your Kids About American History'?

A production partnership sparked some unfounded claims about the former NFL player. 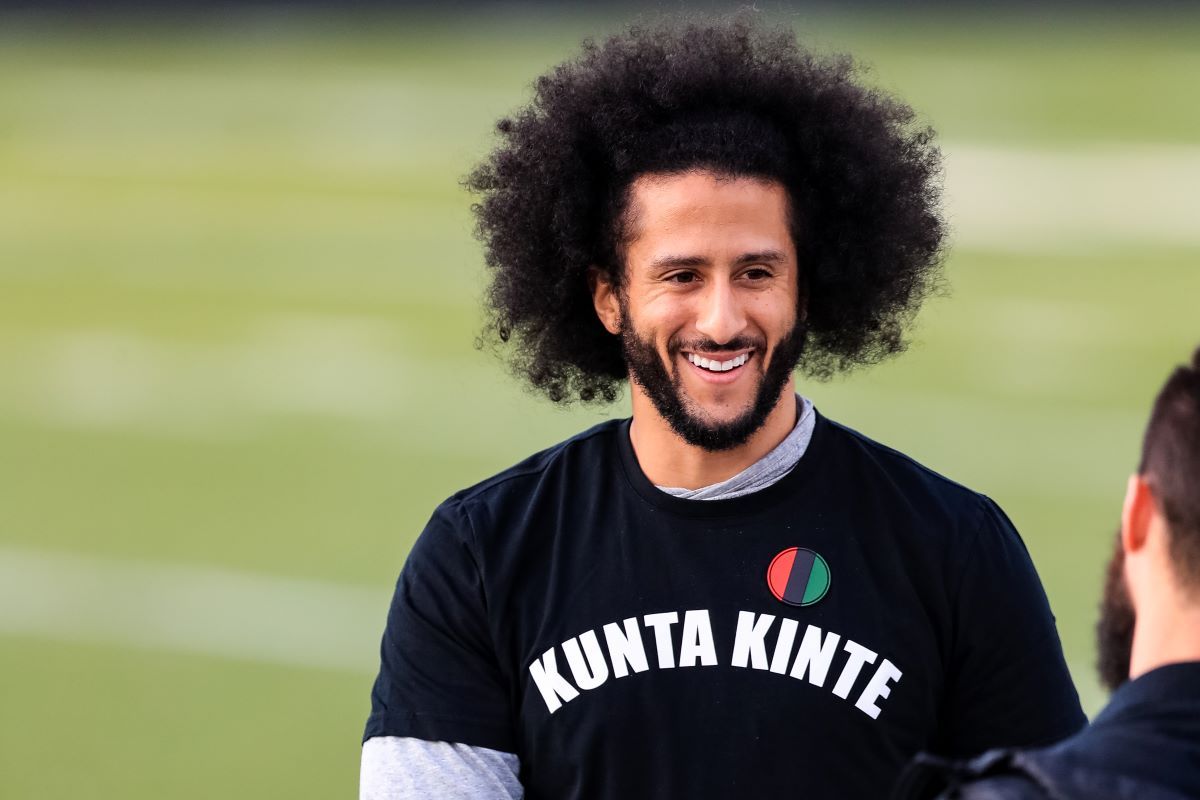 Colin Kaepernick signed a deal with Disney to produce a documentary series focusing on issues of race.

However, there's no evidence the target audience for Kaepernick's documentary will be children or that Kaepernick was "hired" to teach children about U.S. history.

It's unknown what the future projects produced by Kaepernick and Disney will be about and who the target audience will be.

In early July 2020, social media users shared a meme that continued to fuel long-standing culture war animosity directed at former NFL player and civil rights activist Colin Kaepernick, this time by noting that he had been "hired" by Disney to "teach your kids about American history." The meme both sensationalizes and exaggerates Kaepernick's role with Disney. While it's true that Kaepernick has made an agreement with Disney and ESPN Films to create a documentary series focusing on race, that doesn't mean he has been "hired" by Disney to "teach children" about American history.

On July 6, the former San Francisco 49ers quarterback and Disney announced a first-look deal for a documentary series — to be produced by ESPN Films — about Kaepernick's experience, according to a press release from ESPN.

"Colin’s experience gives him a unique perspective on the intersection of sports, culture and race, which will undoubtedly create compelling stories that will educate, enlighten and entertain, and we look forward to working with him on this important collaboration," Disney executive chairman Bob Iger said in the statement.

Per the press release, the "first project in development as part of this deal is an exclusive docuseries chronicling Kaepernick’s journey. Using extensive new interviews and a vast never-before-seen archive that documents his last five years, Kaepernick will tell his story from his perspective."

Overall, the partnership "will focus on telling scripted and unscripted stories that explore race, social injustice and the quest for equity, and will provide a new platform to showcase the work of Black and Brown directors and producers."

Kaepernick has been a lightning rod in popular culture since 2016, when he began protesting systematic racism and police violence against Black Americans by kneeling during the national anthem before NFL games.

His protest was mimicked by other players, but it also became a recurring talking point among media pundits, some of whom accused him of disrespecting national symbols. This narrative has been echoed by the White House.

The issue Kaepernick raised with his protest has hardly gone away. In the spring of 2020, racial justice protests swept the country after a video went viral of former Minneapolis police officer Derek Chauvin kneeling on the neck of George Floyd, a Black man, for almost nine minutes. Floyd died in police custody.

The public outcry coupled with massive protests prompted a national conversation about racism and compelled many businesses — including entertainment companies — to reckon with their own failures when it comes to racial equality.