Is This Justin Trudeau Watering a Tree in the Rain?

Newly planted trees require watering even if they are planted during a time of rain. 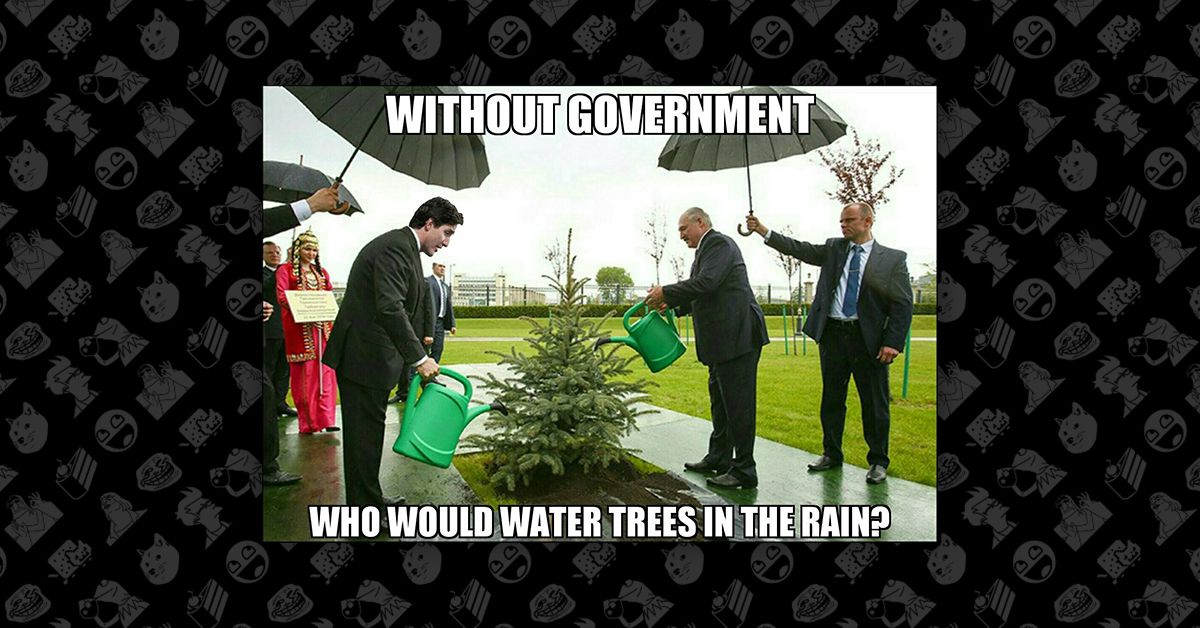 On 26 January 2017, the Facebook page "Justin Trudeau Nope" published a photograph purportedly showing the Canadian prime minister watering a tree in the rain as part of some unspecified ceremony, while attendants hold umbrellas above participants and onlookers:

Although the original photograph really did show two politicians watering a tree in the rain, neither of those politicians was Justin Trudeau. The image was digitally altered to insert the Canadian PM into it.

The real photograph from 2016 captured Turkmenistan President Gurbanguly Berdimuhamedow and Belarus President Alexander Lukashenko planting and watering a blue spruce tree in the Alley of the Honored Guests at the Palace of Independence in Minsk (as part of a tradition for heads of state visiting Belarus): While some may find this image comical and even representative of the triviality of government effectiveness, the depicted act wasn't necessarily a frivolously symbolic one. According to Barcham, a tree nursery in the United Kingdom, newly planted trees require watering even if they are planted during a time of rain:

Be mindful that newly planted trees do need watering, even if it has been raining! Rain is useful in slowing up the volume of water needed by a newly planted tree, as it is often cooler during such periods, however it is the root-ball of the tree that needs watering and often rainfall will not fall this close to the base of the tree, due to the width of the canopy.