Did 4 States Halt Administration of J&J Vaccine Due to Safety Concerns?

Adverse reactions in four states led to a temporary cessation of the administration of the Johnson & Johnson COVID-19 vaccine, but the CDC has not "found any reason for concern." 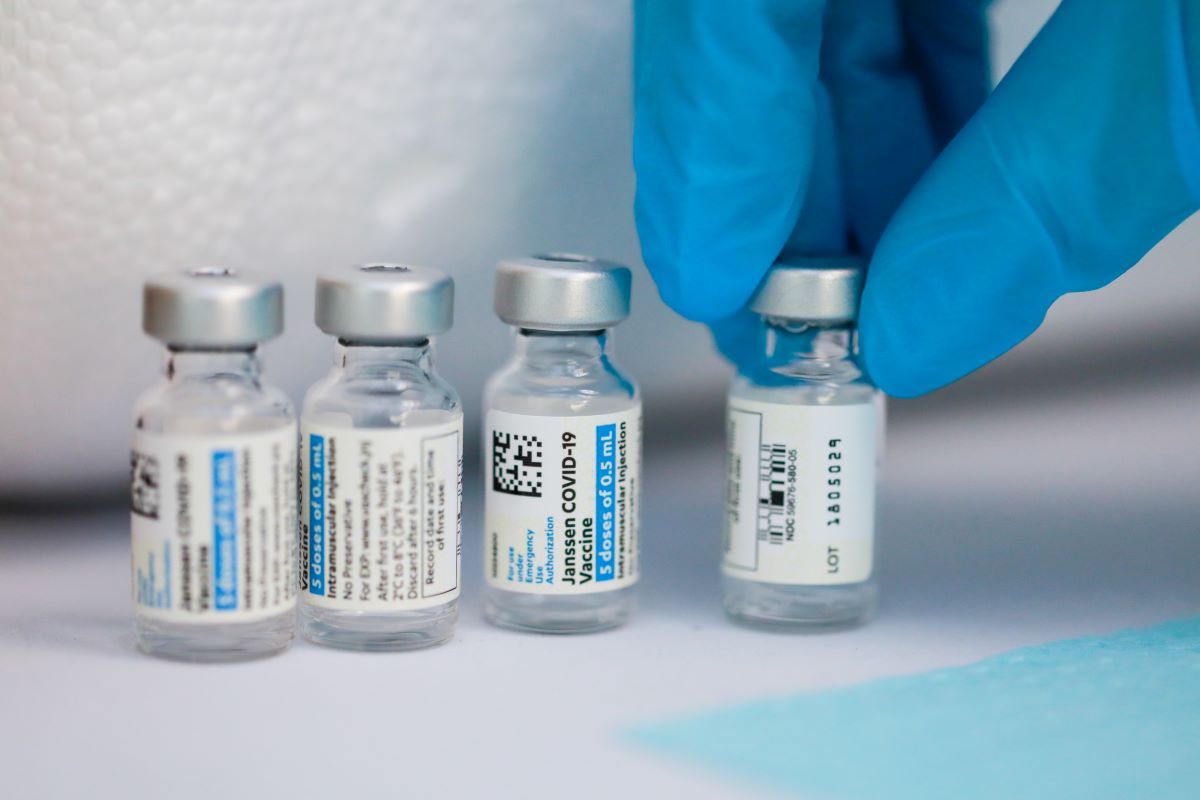 Adverse reactions documented in Iowa, Georgia, Colorado, and North Carolina led to a temporary halt in the administration of the Johnson & Johnson COVID-19 vaccine at a few sites.

These sites, and the states that operate them, have not permanently discontinued the use of the vaccine, and the CDC continues to recommend its use.

This story discusses vaccine reactions, primarily fainting, that briefly paused distribution of the Johnson and Johnson vaccine at a few sites in mid-April 2021. The incidents discussed in this fact check are different than the blood clotting issue that led the CDC to pause distribution of the vaccine nationwide on April 13, 2021.

In mid-April 2021, mass vaccination sites in Georgia, Colorado, and North Carolina temporarily halted the distribution of Johnson & Johnson's COVID-19 vaccine due to adverse effects. The Centers for Disease Control and Prevention (CDC) reported it was aware of incidents of fainting after administration in Iowa, as well.

In Georgia, according to Atlanta-based WSBTV, eight people out of 435 experienced adverse reactions after getting the shots on Wednesday. "One person was taken to the hospital but was released. Others were monitored at the site and sent home." In response, the Georgia Department of Public Health paused distributing the Johnson & Johnson vaccine at that one site. According to Dave Palmer, a North Georgia Health District spokesperson, “It was a fainting issue.”

In Colorado, according to the Denver Gazette, 11 people out of 1,700 had an adverse reaction at the on-site observation area of a mass vaccination center "which required two patients to be transported to a hospital for additional observation." In response, according to a statement from the organization running the clinic, the site "followed our protocols and in an abundance of caution, made the decision — in partnership with the state — to pause operations for the remainder of the day."

In North Carolina, according to The Associated Press (AP), one mass vaccination site and two clinics stopped administering Johnson & Johnson doses "after at least 26 people experienced adverse reactions, including fainting." According to the AP, "David Wohl, an infectious disease expert at UNC Health who oversees the UNC vaccination sites, said between eight and 14 of the roughly 1,250 Johnson & Johnson vaccine recipients it injected on Thursday fainted after receiving the shot, though nobody was taken to a hospital.

In response, the CDC said it was analyzing the incidents, but that they still, at that time, recommended the use of the vaccine. Per The AP:

CDC spokeswoman Kristen Nordlund said it is aware of adverse reactions in some people who received the vaccine shots in Iowa, Colorado, Georgia and North Carolina. Those reactions include dizziness, light headedness, feeling faint and rapid breathing.

She said the CDC is working with state and local officials to evaluate the issues and has performed vaccine lot analyses and not found reasons for concern. The CDC is not telling health departments to stop vaccinations.

Because adverse reactions halted distribution at some clinics, but because the halt was not permanent, the claim is a "Mixture."

On April 13, 2021, the CDC announced it would temporarily halt administering the Johnson and Johnson vaccine to investigate a potential blood clotting issue that occurred in 7 cases out of 6.8 million shots administered.

Update [April 13 2021]: Updated with information about the CDC pausing distribution of the Johnson and Johnson vaccine nationwide.