Internet users gushed over the weird and wonderful hybrid creation said to be owned by John Paul Jones. 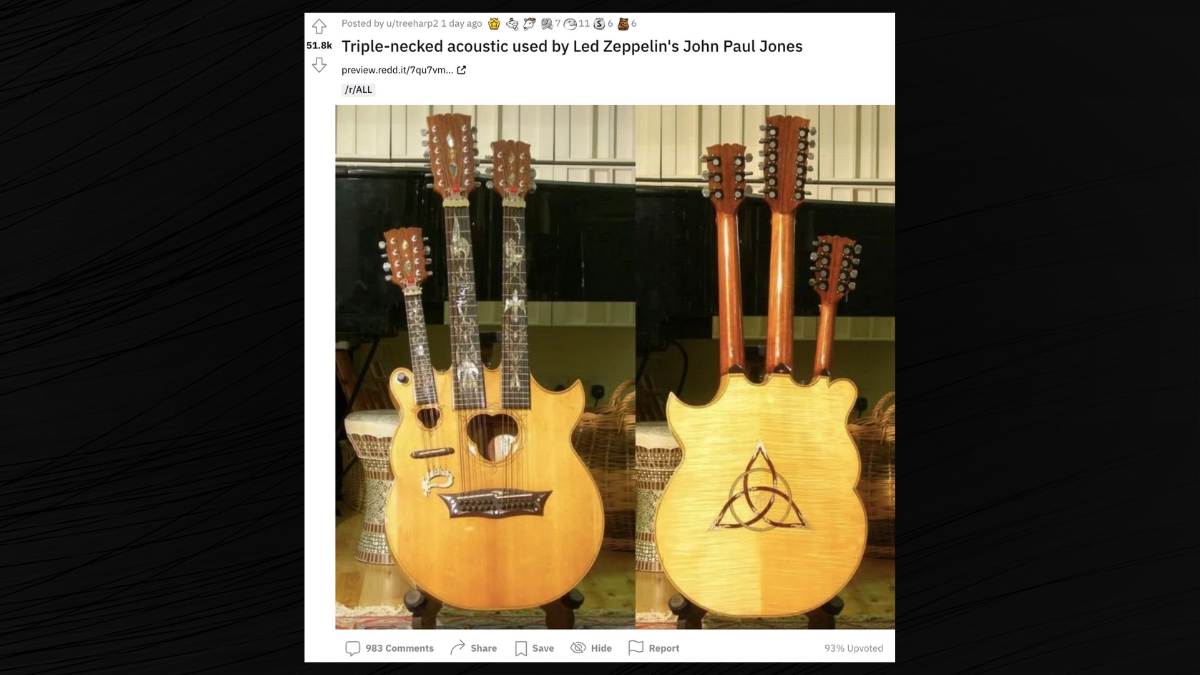 The post contained the caption "Triple-necked acoustic used by Led Zeppelin's John Paul Jones," along with two front-and-back pictures of a large, striking, ornate acoustic guitar with three necks and heads: one for a six-string guitar, another for a 12-string guitar, and yet another for what appears to be a mandolin. Those photos were entirely authentic and not the result of digital manipulation. The guitar does indeed exist, and was designed and built for Jones by Andy Manson, an English luthier known for creating unusual custom instruments. As a result, we're issuing a rating of "True."

In a 2011 interview, Manson said he had built 17 different instruments for Jones over the years and explained how the one featured in the photographs came about:

The triple neck seemed inevitable after attending a Zep gig and watching John swapping between three instruments, mid song, during their acoustic interlude. Went home and built it, took it to show him....He goes "Wow, can’t wait to see [Jimmy] Page’s reaction...How much?" Skipped home feeling like a millionaire, with £400 in my pocket. The following year he wanted it glamourised, so ensued my first venture into inlays.

Jones used the triple neck during the mid- to late-1970s, and can be seen playing it at a June 1977 concert at Madison Square Garden in New York City, below: