The former tech entrepreneur was found dead in his prison cell hours after Spain approved his extradition to the U.S. to face tax evasion charges. 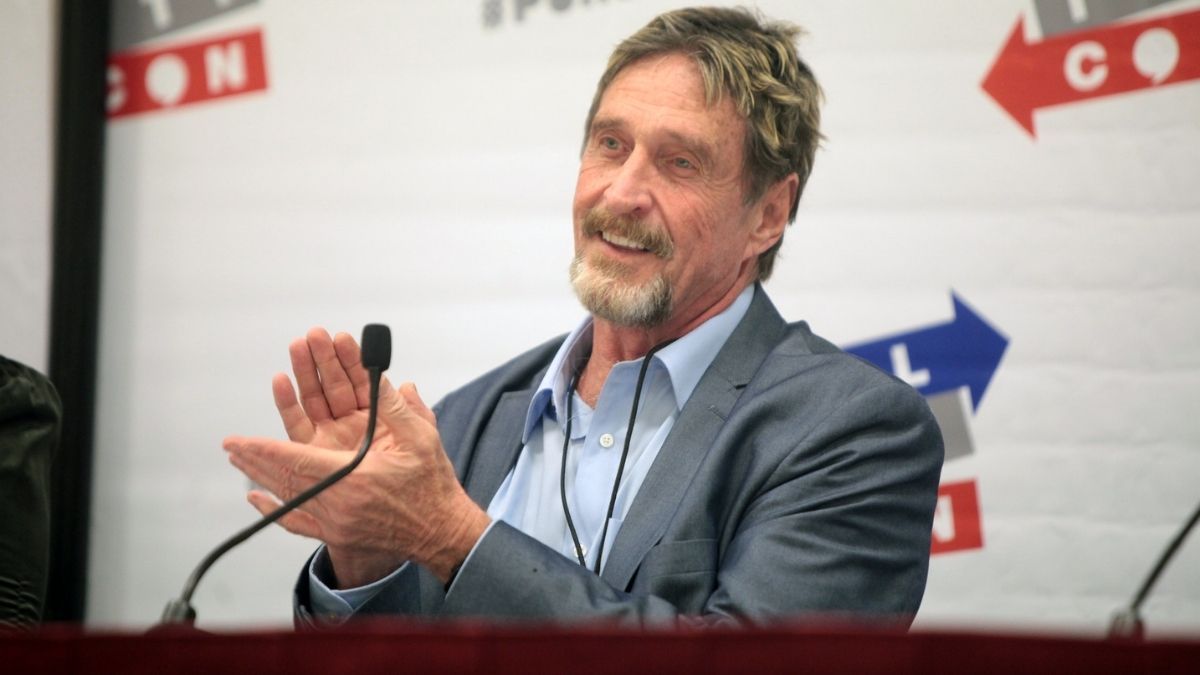 Claim:
John McAfee had a "$WHACKD" tattoo and tweeted in 2019 that "If I suicide myself, I didn't. I was whackd."
Rating:

This tattoo and message are both real. They are not, however, evidence that McAfee was assassinated by the government.

On June 24, 2021,John McAfee, an eccentric security software pioneer, was found dead in his prison cell hours after Spain approved his extradition to the United States to face tax evasion charges. While officials from the Catalan government said in a statement that "everything points to death by suicide," social media users started sharing the hashtag #McAfeedidntkillhimself and pointed to a 2019 tweet in which Mcafee showed a "$WHACKD" tattoo as evidence. This is a genuine tweet from McAfee. The security software pioneer truly had the "$WHACKD" tattooed on his arm (you can see another image of the tattoo here) and he truly did write "If I suicide myself, I didn't. I was whackd" in a tweet.

However, this message from November 2019 was more than a year before McAfee was facing the very real possibility that he would spend the rest of his life in prison. While McAfee's November 2019 tweet may have summed up his mentality at the time, it does not necessarily provide any insight into his state of mind at the time of his death.

It should also be noted that McAfee did not get this tattoo solely to signal that he was not suicidal. This tattoo also promoted a cryptocurrency token on the now defunct website McAfeedex.com. McAfee promoted this cryptocurrency token on his site by connecting it to another death, that of Jeffrey Epstein, which many have claimed (with little evidence) was an assassination disguised as a suicide.

McAfee, 75, was arrested in Spain in October 2020 as he was about to board a plane to Turkey. McAfee was wanted in the United States for various tax evasion charges. The BBC reported:

In October 2020, John McAfee was arrested in Spain when he was about to board a plane to Turkey, and accused of failing to file tax returns for four years, despite earning millions from consulting work, speaking engagements, crypto-currencies and selling the rights to his life story.

The US justice department alleged that McAfee evaded tax liability by having his income paid into bank accounts and cryptocurrency exchange accounts in the names of nominees.

He was also accused of concealing assets, including a yacht and real estate property, also in other people's names.

McAfee was being held in a jail near Barcelona while he awaited extradition. On June 24, 2021, a Spanish court approved his extradition to the United States where he would face charges. If convicted, McAfee could have been sentenced to as much as 30 years in prison.

Hours after McAfee's extradition was approved, however, the software pioneer was found dead in his prison cell. The Justice Department for the government of Catalonia said that an autopsy would be conducted before officially determining a cause of death. At the moment, however, the Spanish government says that "everything points to death by suicide."

British-born U.S. technology entrepreneur John McAfee died on Wednesday by suicide in a Barcelona prison after the Spanish high court authorized his extradition to the United States on tax evasion charges, his lawyer told Reuters.

McAfee's lawyer, Javier Villalba, said the anti-virus software pioneer died by hanging as his nine months in prison brought him to despair.