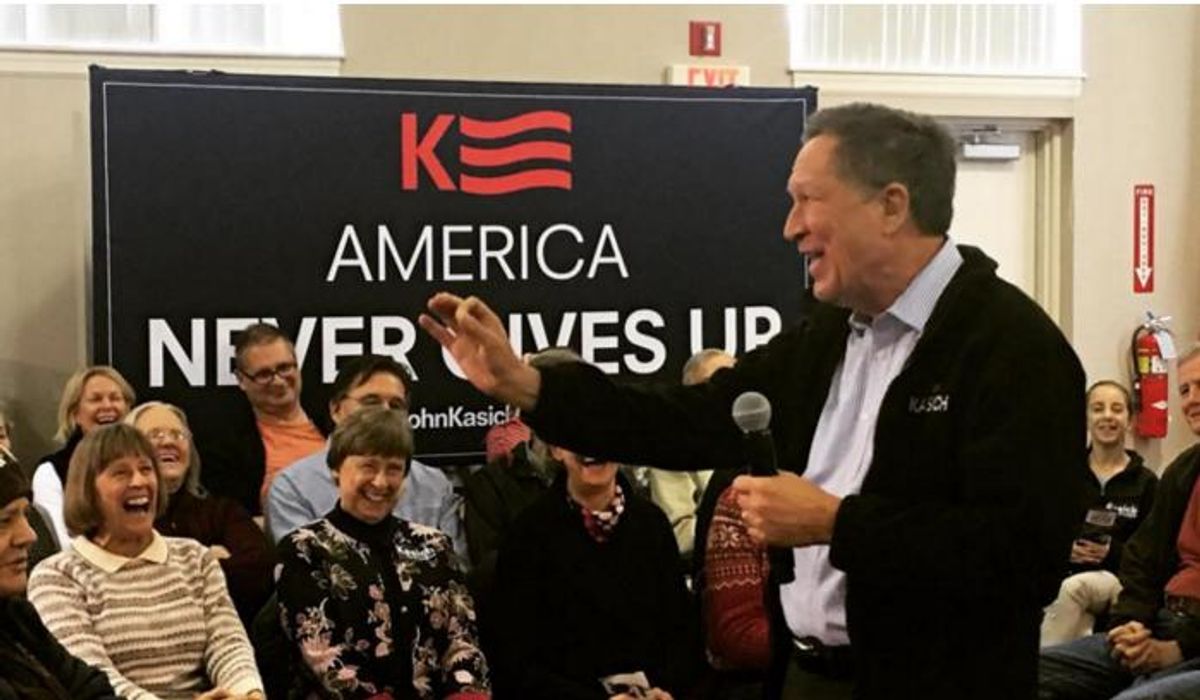 If I were king in America, I would abolish all teachers lounges where they sit together and worry about how 'woe is us.'

These words were indeed spoken by Kasich at an education summit hosted by former CNN host Campbell Brown and "The 74" advocacy group back in August 2015. However, reproductions of this quote often omitted its introductory phrase ("And so if I were not president but king in America ...") which indicated that Kasich wasn't seriously advocating such a move as a presidential action.

Also, the fuller context of Governor Kasich's remarks made it clear that he wasn't talking about literally doing away with all teachers' lounges, but rather about addressing a pervasive sense among teachers (fostered by their unions) that they were under attack; that their benefits and pay — and possibly the very existence of their jobs — were under constant threat of being reduced or eliminated by unsympathetic politicians:

I think a lot of our teachers feel that we don't understand the challenges they have in the classroom because they are getting kids who have been basically not been loved — that when we evaluate them they think, Oh my God, we're out to take their jobs. But we're not out to take their jobs. If you need help we'll help you. If you are a terrible teacher then you should be doing something else because you are going to find more satisfaction doing something you are good at ... I'll tell you what the unions do, unfortunately, too much of the time. There's a constant negative comment to, "They're going to take your benefits," "They're going to take your pay." And so if I were not president but king in America I would abolish all teachers' lounges where they sit together and worry about how "woe is us."