A new Facebook hoax claims that Powerball winners John and Lisa Robinson are giving away their money on Facebook. 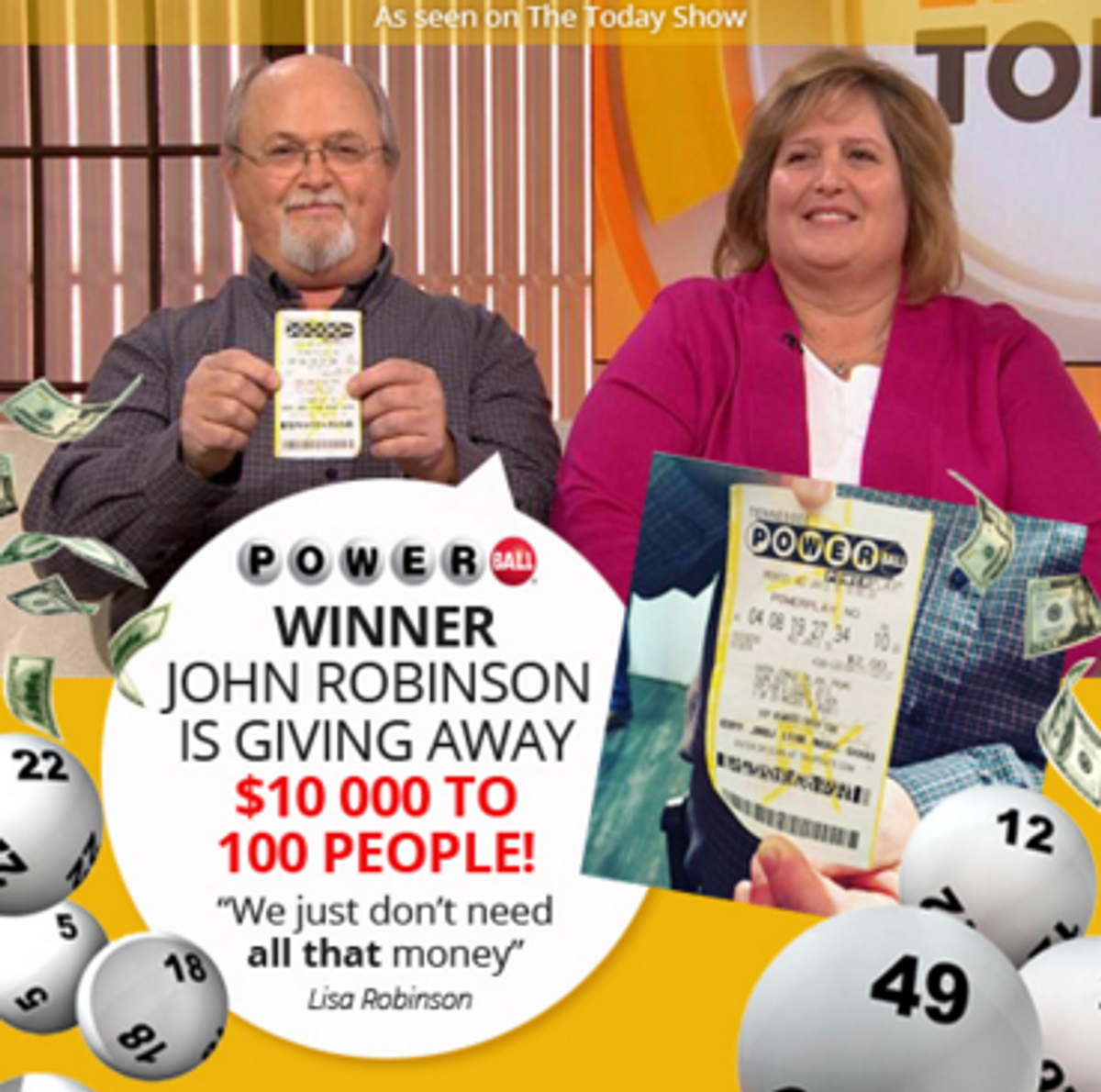 Claim:
Powerball winners John and Lisa are giving away money on Facebook.
Rating:

On 15 January 2016, Lisa and John Robinson stepped forward as buyers of one of the $1.6 billion Powerball lottery's three winning tickets:

John Robinson and his wife Lisa bought four tickets at Naifeh's Food Mart, a grocery store one block from their home in Munford, Tennessee, at 6:56 p.m. on Wednesday night. Robinson, a father of two, said he bought the four tickets as he always does to represent the four members of their family, with the computer choosing the winning numbers of 04, 08, 19, 27, 34 and Powerball 10.

Shortly after the identity of the winner was revealed, a fake message started circulating, which claimed that the Robinsons were giving money away to random people on Facebook. As with previous messages featuring Mark Zuckerberg and Eminem, these Facebook messages are a hoax. John and Lisa Robinson are not giving away money to people who like, share, or comment on a Facebook post.

It appears that the message originated on the fake news web site Daily Media Buzz. In addition to creating the fake message, DMB also created fake Facebook comments to make it seem like some random people had received money for John and Lisa: A fake web site, johnandlisagiveback.com, was also started in an attempt to legitimize this hoax.

These "something for nothing" hoaxes are common on Facebook. While they employ different methods in an attempt to spread on social media (some request likes, some request comments, some even display fake countdowns to give the hoax a sense of urgency), they all have one thing in common: They are potentially opening up the social media user to malware or advertising scams (as this particular one increasingly appears to be) and they don't result in cash windfalls.