A satirical website's post about the American televangelist was re-disseminated online in meme form. 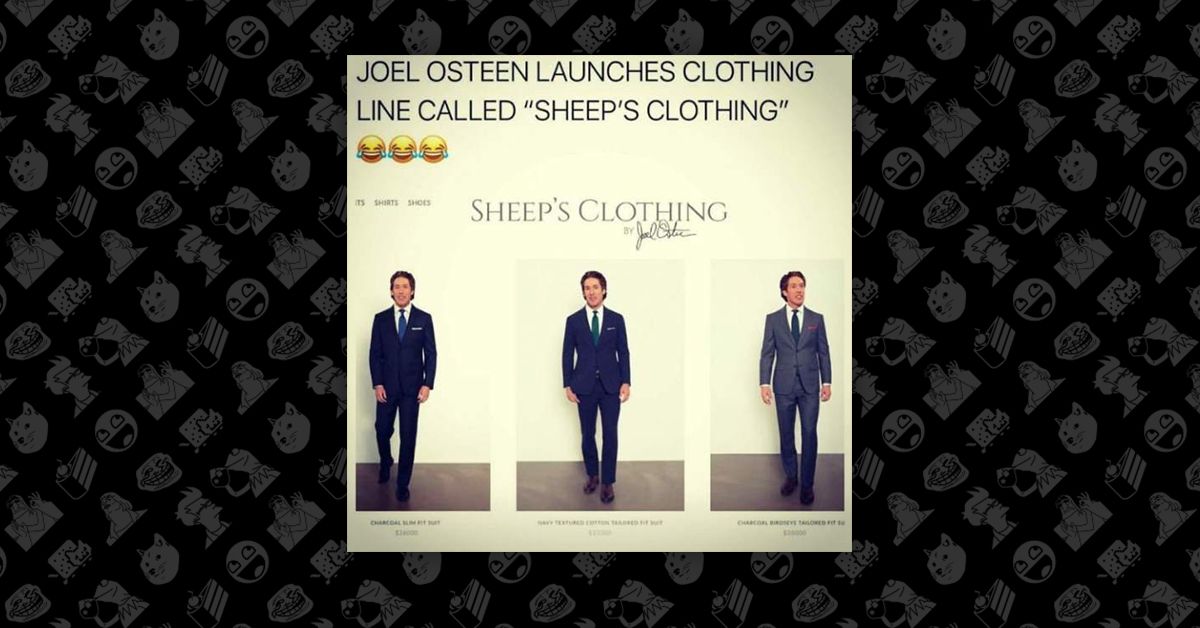 The gist of a satirical post from September 2017 was re-circulated online in meme form in July 2018, in latter case absent any indication that the subject was not meant to be taken seriously. In reality, Joel Osteen is not launching a clothing line, and the "story" outlined in the meme was first published by the satirical Christian website the Babylon Bee, which described the putative sartorial products being hawked by Osteen as a "line of pastoral wear":

The line of suits, pants, shirts, ties, and dress shoes is designed to distract from a pastor's empty theology and dangerous heresies by disguising him in attractive, fashionable clothing.

"They'll notice your suit, not your apostasy," the brand’s tagline states.

According to Osteen, Sheep's Clothing has already gotten several prominent pastors and teachers to endorse the line, including Benny Hinn, Creflo Dollar, Paula White, and Kenneth Copeland, among others.