Were the Bidens Booed During Their Speech at the Super Bowl? 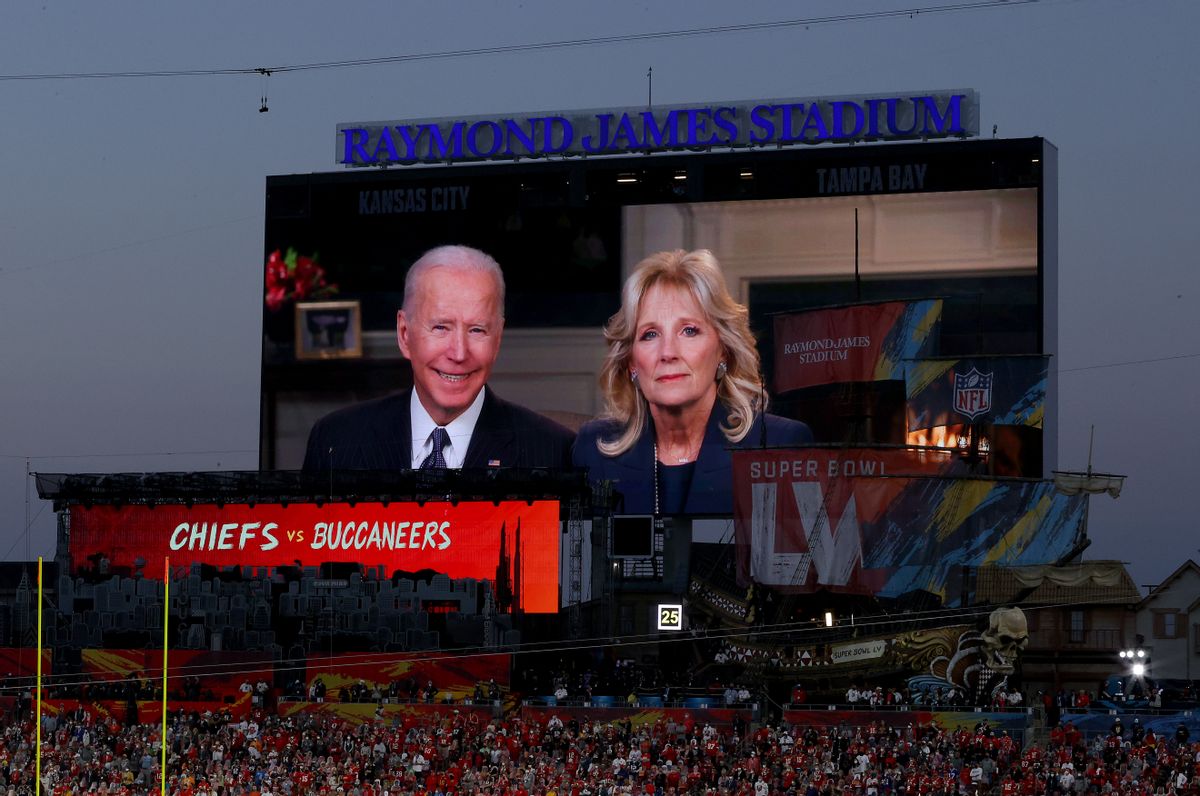 Super Bowl Sunday kicked off in Tampa, Florida, on Feb. 7, 2021, amidst the COVID-19 pandemic, which prompted U.S. President Joe Biden and first lady Jill Biden to make a pre-recorded statement televised before the game began between the Tampa Bay Buccaneers and the Kansas City Chiefs.

In their statement, they thanked frontline healthcare workers and called for a moment of silence for the more than 440,000 people who died because of the pandemic.

Some social media users said the president and first lady were booed by many fans in Raymond James Stadium as they spoke. In one video shared on Twitter, the sounds of boos can be heard as the president begins to speak. The video, however, is of a phone that is recording a television broadcast, rendering it low quality.

The video below also claims the crowd is booing the Bidens, but it is equally difficult to discern the boos amidst cheers and other noises:

Other livestreams we watched did not register the sounds of boos during the president’s speech, making it difficult to determine how many in the crowd were booing him, and whether they were booing at all. Now This also shared a clip from CBS, where it was difficult to hear any boos over the Bidens’ speech:

Another video shot from a different angle in the stadium, showing the Bidens speaking from a big screen above the crowd, captures some clapping during their speech, but it is also difficult to tell if people were also booing:

It is conceivable that among 25,000 Super Bowl attendees at the stadium, a number of them were booing the president, but there is no way to confirm or deny that at this time. If clearer evidence emerges from reputable sources like journalists present at the stadium, we will update this post. Until then, we rate this claim as “Unproven.”