Did Joe Biden Tell a Racially Mixed Audience that Republicans Would 'Put Y'All Back in Chains'?

Biden said he was warning about the impact Republican economic policies would have on middle-class Americans. 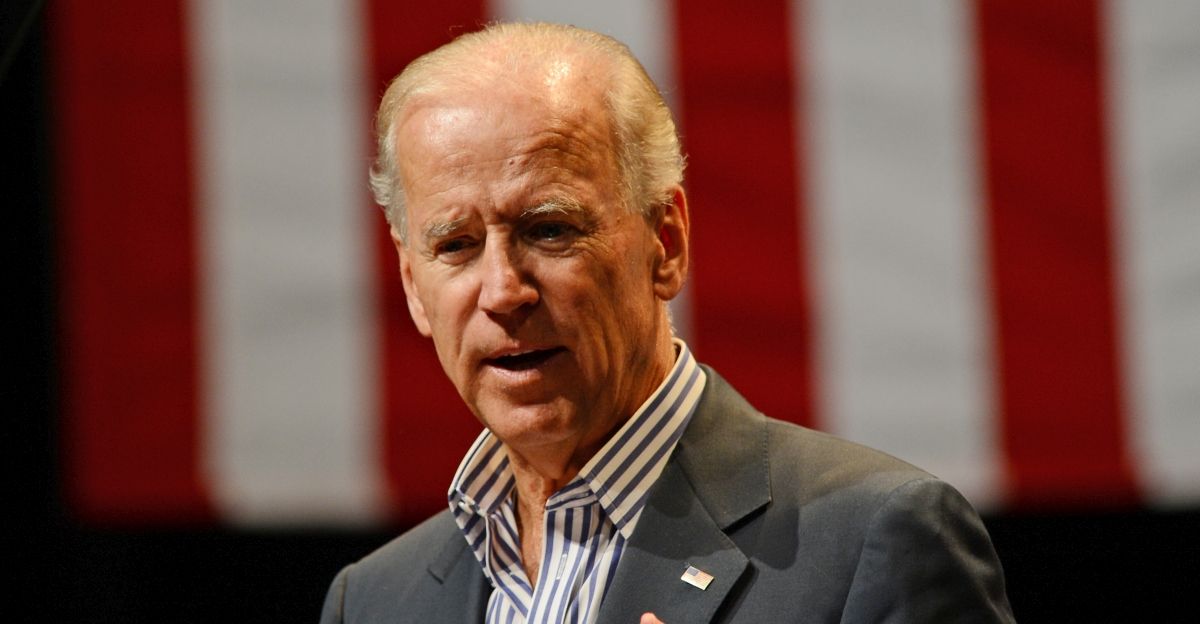 Claim:
Sen. Joe Biden told an audience which included hundreds of African Americans that Republican economic policies would "put y'all back in chains."
Rating:

Former U.S. Vice President and current contender for the 2020 Democratic presidential nomination Joe Biden has a self-acknowledged reputation for making verbal blunders, one of the more infamous of which he uttered in a speech in Danville, Virginia during the 2012 presidential campaign.

That notorious statement was cited in a number of partisan social media posts in late April and early May 2019 (shortly after Biden announced his 2020 candidacy) as an instance of his "playing the race card" to disparage Republicans:

Dear Joe Biden. You said to a largely Black audience that the Republican party was, "........gonna put y'all back in chains." I didn't know y'all was a Southerner. Anyway, can y'all tell us what you and Obama did to improve the lives of Black Americans.

Joe Biden told a predominantly black audience in 2012 that Republicans want to "put y'all back in chains!" How do you get more racially divisive that THAT?

Although it's unclear, based on contemporaneous press coverage of the event, whether the audience was accurately described as "predominantly" or "largely" black (more about which later), Biden did in fact utter the words attributed to him at a 14 August 2012 campaign attended by a racially mixed crowd, including hundreds of African Americans. The following report is from the New York Times blog "The Caucus," posted the same day as the event:

Vice President Joseph R. Biden Jr. created a stir at a campaign speech in Virginia when he told the crowd that Mitt Romney’s policies would enable the banking and financial sectors to “put you all back in chains.”

The remark came roughly two-thirds of the way through Mr. Biden’s 30-minute speech, which was delivered to a crowd that included many African-Americans at the Institute for Advanced Learning and Research in Danville, Va.

“Romney wants to let the — he said in the first hundred days, he’s going to let the big banks once again write their own rules, unchain Wall Street,” Mr. Biden said. “They’re going to put you all back in chains.”

The moment was captured for posterity in a C-SPAN video (available here in its entirety):

We would probably not be talking about this today had not Biden's remark been widely interpreted as a reference to slavery. As such, it drew instant condemnation, beginning with the Romney campaign, which released a statement saying: “After weeks of slanderous and baseless accusations leveled against Governor Romney, the Obama campaign has reached a new low. The comments made by the vice president of the United States are not acceptable in our political discourse and demonstrate yet again that the Obama campaign will say and do anything to win this election."

Romney himself echoed that statement in a speech he gave later the same day in which he held President Obama responsible. "His campaign and his surrogates have made wild and reckless accusations that disgrace the office of the Presidency," Romney said at a rally in Chillicothe, Ohio. "Another outrageous charge came a few hours ago in Virginia. And the White House sinks a little bit lower."

Though he didn't specifically mention race, Romney accused Obama of pursuing a strategy of divisiveness:

"Over the last four years, this President has pushed Republicans and Democrats as far apart as they can go. And now he and his allies are pushing us all even further apart by dividing us into groups. He demonizes some. He panders to others. His campaign strategy is to smash America apart and then cobble together 51 percent of the pieces."

Media pundits and campaign surrogates were more explicit in their criticism of Biden. In an opinion piece for Breitbart, conservative Ben Shapiro said the Vice President's statement was "Race-baiting at its finest." Former New York Mayor Rudy Giulani, a Republican, declared on Face the Nation that it was "an absolutely blatant appeal to racism." Former U.S. Senator Rick Santorum, also a Republican, accused Biden of "play[ing] the race card."

Some Democrats agreed with the criticism. "First of all, without question they were appeals to race," said former Virginia Governor Doug Wilder. "The important thing I got out of this was Biden separated himself from what he accused the people of doing. As a matter of fact, what he said is they are going to do something to y'all, not to me. Not us. So he was still involved with that separate American."

"Was he talking about slavery? You bet your a** he was. Was he using the vernacular? Yes, he was," said Rangel, a longtime New York Democrat who is a founding member of the Congressional Black Caucus. "Did he think it was cute ... Yes, he did. Was it something stupid to say? You bet your life it was stupid."

Rangel added that if an African-American had made the joke, "We would have been laughing, because we would know that deep down, they may be beating the hell out of us but they ain't thinking about putting us into any chains."

Ebony contributor Jamil Smith agreed with Rangel's perception that Biden was "using the vernacular," or "code-switching," as Smith called it, "to acclimate to a particular environment or audience." Phonetically rendered, this is what Biden actually said: "They gonna put y'all back in chains."

But the Vice President stood by the remark in a 14 August campaign stop in Raleigh, North Carolina, insisting that the message he was trying to convey wasn't about race, but rather the negative impact the opposition party's vow to "unshackle Wall Street" would have on middle-class Americans:

The last time these guys unshackled the economy, to use their term, they put the middle class in shackles. That's how we got where we are. Nine million jobs lost, wage stagnation, 16 trillion dollars in wealth you all lost, in your home equity, in your 401ks, and your pension plans -- you're the ones that got nailed. All of America except for the very few.

And I'm told when I made that comment earlier today in Danville, Virginia, the Romney Campaign put out a Tweet, you know Tweets, and went on the air, went on the airwaves saying "Biden's outrageous in saying that -- I think I said, instead of unshackled, unchained or -- anyway, outrageous to say that, that's what we meant. I'm using their own words. I got a message for them, if you want to know want to know what's outrageous, it's their policies, and the effects of their policies on middle class America, that's what's outrageous.

Biden had, in fact, used precisely the same trope before to characterize the impact of Republican economic policies on the middle class. The day after a Republican primary debate in October 2011, Biden said, referring to economic conditions under the George W. Bush administration: "The last time we liberated the economy under their proposals, the last eight years put the middle class in chains. My lord, how many times we have to go back to that horror movie?"

President Obama took Biden's side, defending his Danville speech in an interview with People magazine:

Biden’s comment sparked Romney to call the Obama campaign one of “division and hate and anger.” But Obama, speaking to PEOPLE in Dubuque, Iowa, seemed unrattled by the controversy. He said Biden’s words needed to be considered in context; that he was only saying “you, consumers, the American people, will be a lot worse off if we repeal these [Wall Street reform] laws as the other side is suggesting.”

“In no sense was he trying to connote something other than that,” Obama added.

The racial composition of the audience is relevant to this debate though not decisive, partly because estimates in the press were rough and contradictory. Although it was consistently reported that approximately 900 people were in attendance, and we know, from both press reports and video of the event, that a significant percentage of the attendees were African-American, the media couldn't agree on whether more black people were present than white people, fewer black people than white people, or roughly the same number of each.

We asked Tiffany Holland, a reporter who live-blogged the event for the Richmond Times-Dispatch website, for her impression of the racial makeup of the crowd. "If memory serves, the crowd was about half-African-American and half-white," she said in an email, adding that in her experience Democratic Party events in Danville usually drew a "healthy mix of diversity." But she also said that this was just the impression she came away with, and could be remembering it wrongly.

In any case, even if only 50 percent of the attendees were African-American, Biden would have found himself gazing out over an audience that included hundreds of black faces. The crowd need not have been "predominantly" African-American to inspire a politician inclined to do so to engage in racial pandering.

That Biden uttered the sentence "They gonna put y'all back in chains" before just such a crowd stands confirmed. Whether it should taken as a racially charged reference to slavery we leave it to readers to judge for themselves.