The U.S. president-elect's dog is definitely not small. 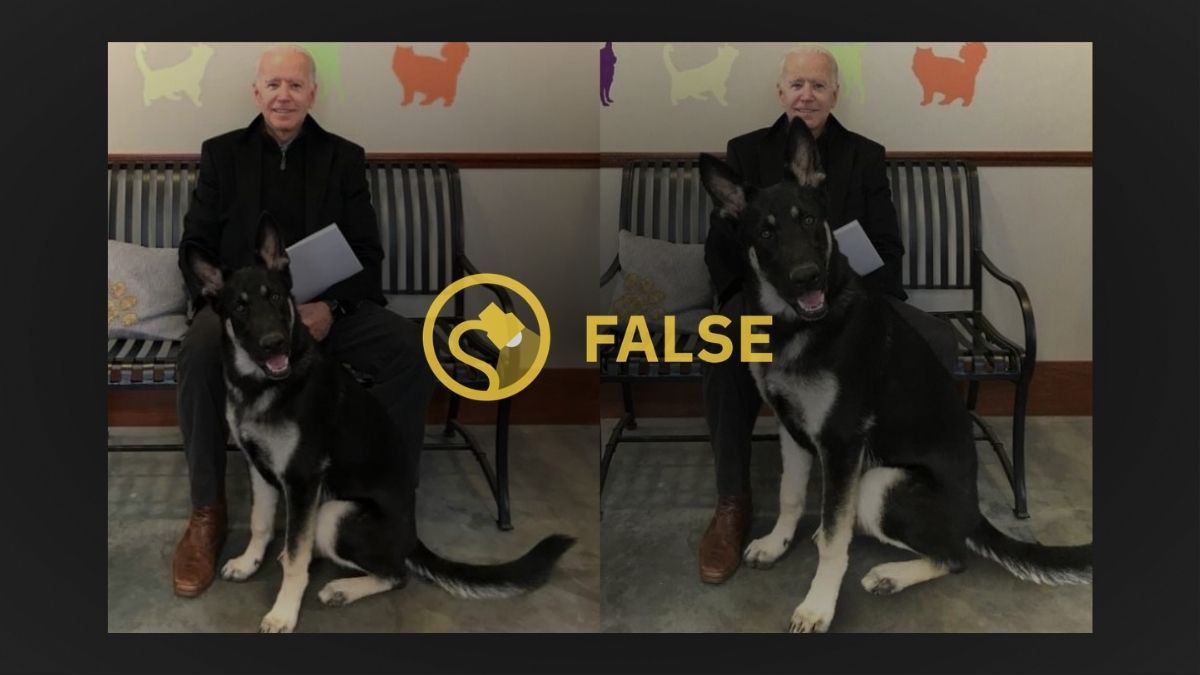 On Nov. 8, 2020, the day after news outlets called the 2020 U.S. presidential election and projected that Joe Biden would be the next president, an image supposedly showing Biden and his enormous dog started to circulate on social media: This is not a genuine image of Biden and his enormous dog. This image was digitally manipulated to make Biden's dog, a German shepherd, look larger than normal.

The above-displayed image was created from a genuine photograph of Biden and soon-to-be first dog Major that was posted to Facebook by the Delaware Humane Association (DHA) in 2018 shortly after his adoption.

Today is Major’s lucky day! Not only did Major find his forever home, but he got adopted by Vice President Joe Biden & Dr. Jill Biden! The Bidens have gotten to know Major while fostering him and are now ready to make the adoption official. Best of luck and thank you for being one of our Friends for life! ????
#DHAMajor
Major and his litter mates were just some of the thousands of animals we help. We cannot do this work without your support! Donate today in honor of Major and help more animals just like him! On our Facebook page, click the blue donate button or visit delawarehumane.org/donate and write "Major and Friends" in the comments. Thank you for your support and for being part of this heartfelt story!

Here's a comparison of a genuine image of Biden and Major (left) and the doctored version (right): This wasn't the only rumor to circulate about Major in the days following the 2020 election. You can read more about Major's adoption and whether or not he will be the first rescue dog to reside at the White House here.