Did Joe Biden Say 'No Ordinary American Cares About Their Constitutional Rights'?

An absurd claim about a Joe Biden statement features a distorted version of his actual words. 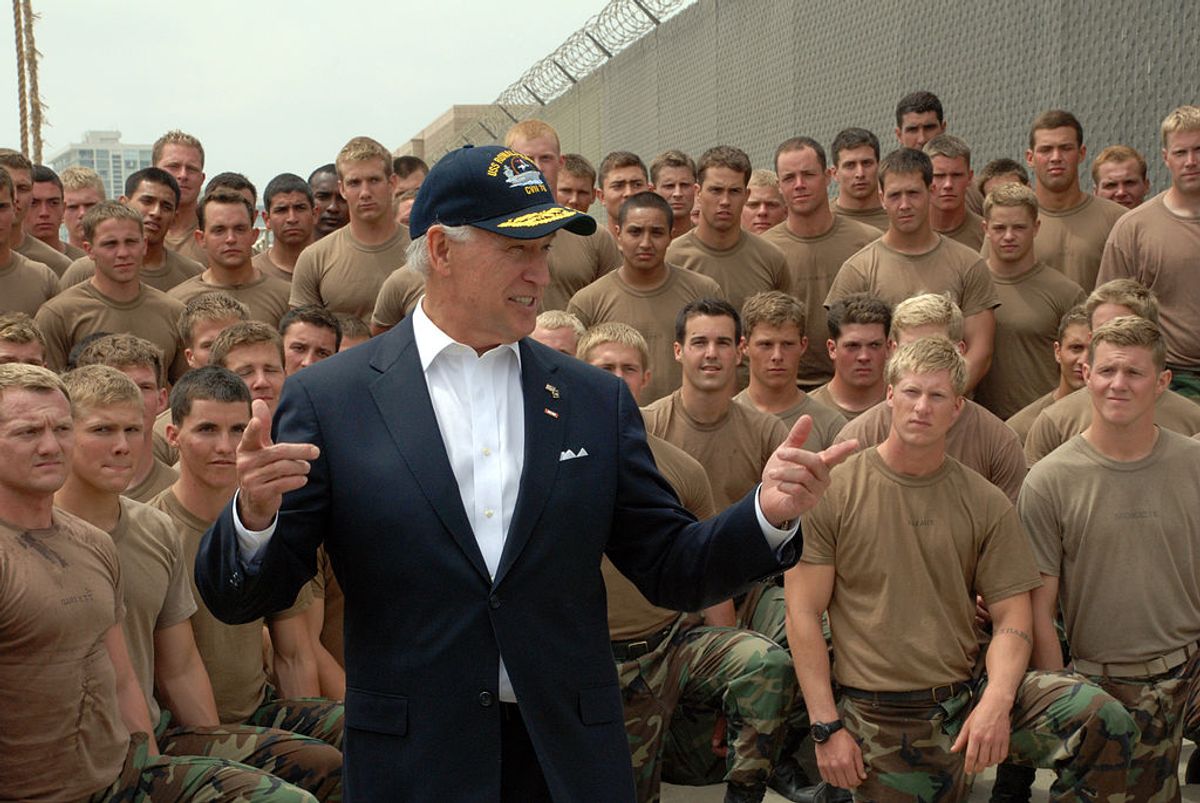 In February 2016, a meme featuring a photo of Vice President Joe Biden, along with a quote ostensibly uttered by him asserting that "no ordinary American cares about their constitutional rights," began circulating on Facebook: While we found no record of Biden's having uttered this phrase, we did uncover several articles from 2013 that made an identical accusation. Those articles, such as this post from a web site called ExposeObama.com, featured a video of Biden talking about gun control that showed what he actually said, which was worded differently and had a different meaning in its full context than the claim made here:

They say all you're going to do is deny law-abiding citizens their rights under the second amendment. Not true. They say guns assault weapons like the AR-15 are needed for self-protection and recreation. They are not ... They say it isn't about guns. They're wrong; it is about guns. Let me say at the outset to all the press: No law abiding citizen in the United States of America has any fear that their Constitutional rights will be infringed in any way. None, zero.

This speech was delivered by Biden during a forum at Western Connecticut State University in February 2013 shortly after the Sandy Hook elementary school shooting. While a clip from that event is frequently shared along with the claim that Biden had said that "nobody cares about constitutional rights," it does not capture the Vice President uttering that phrase at any time during his speech.