Did Joe Biden Once Say He Was Conservative About Most Issues Except Civil Rights?

Biden's remarks appeared in an expansive 1974 'Washingtonian' feature following his election as the youngest member of the U.S. Senate. 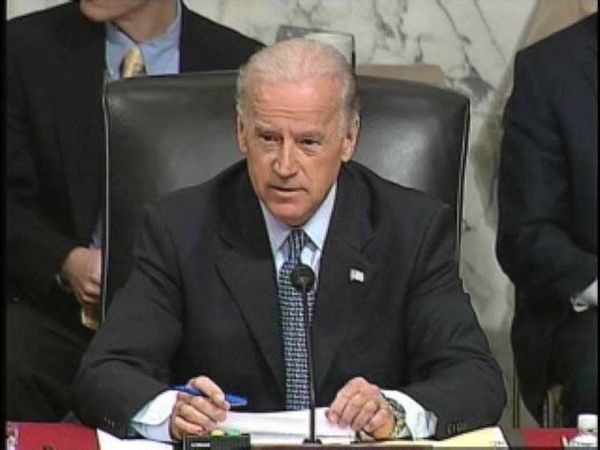 Claim:
Joe Biden once said that, “When it comes to civil rights and civil liberties, I’m a liberal but that’s it. I’m really quite conservative on most other issues.”
Rating:

In their June 1974 issue, the D.C. monthly Washingtonian ran a lengthy profile on then-Sen. Joe Biden, a Democrat who in November 1972 beat a two-term incumbent Republican to become the youngest U.S. senator in history. The profile was wide-ranging, touching on a variety of political and personal issues including his political future and the trauma of losing his wife, Neilia, and daughter, Naomi, in a car accident just weeks after his successful Senate bid. The Washingtonian highlighted Biden’s unusual candor in this feature. “Joe Biden was a lot more careful around the press after this 1974 profile,” the online version of the story now reads.

Biden, vice president under President Barack Obama, is seen as a leading potential presidential candidate for 2020; and in this light, the interview has come under renewed scrutiny amid debates over the future direction of the Democratic party and how far left its nominee should be. In one section of the Washingtonian profile, Biden rejected the notion he was a progressive liberal, suggesting that receiving such a label from the progressive political group Americans for Democratic Action was a political liability that he sought to avoid (emphasis ours):

Biden ... resents being called the bright young liberal of the New Left. “I hate that picture,” he says, “and I don’t care how that damn Americans for Democratic Action rates me. Those ADA ratings get us into so much trouble that a lot of us sit around thinking up ways to vote conservative just so we don’t come out with a liberal rating.

When it comes to civil rights and civil liberties, I’m a liberal but that’s it. I’m really quite conservative on most other issues. My wife said I was the most socially conservative man she had ever known. I’m a screaming liberal when it comes to senior citizens because I really think they are getting screwed. I’m a liberal on health care because I believe it is a birth right of every human being—not just some damn privilege to be meted out to a few people. But when it comes to issues like abortion, amnesty, and acid, I’m about as liberal as your grandmother.

I don’t like the Supreme Court decision on abortion. I think it went too far. I don’t think that a woman has the sole right to say what should happen to her body. I support a limited amnesty, and I don’t think marijuana should be legalized. Now, if you still think I’m a liberal, let me tell you that I support the draft. I’m scared to death of a professional army. I vote my own way and it is not always with the Democrats. I did vote for George McGovern, of course, but I would have voted for Mickey Mouse against Richard Nixon. I despise that man.”

Biden’s views on several of these issues have changed since 1974. In 2007, Biden was given a 0% score by the (pro-life) National Right to Life Committee and a 75% score by the NARAL Pro-Choice America. He stated during the 2012 election cycle that he opposed abortion due to his Catholic upbringing, but that this view does not inform his public-policy views. “I accept church rule personally, but not in public life,” he said in October 2012.

Though he stated in 1974 that his most liberal policy stances came in the area of civil rights, civil-rights leaders viewed his early career in the Senate in this area as anything but liberal. Though a champion of school-integration efforts during his 1972 Senate campaign, he became a fierce opponent of school-busing programs that sought to balance the racial demographics of public schools, as described by Politco in 2015:

Biden ... had expressed support for integration and—more specifically—busing during his Senate campaign in 1972, but once elected, he discovered just how bitterly his white constituents opposed the method. In 1973 and 1974, Biden began voting for many of the Senate’s anti-busing bills, claiming that he favored school desegregation, but just objected to “forced busing.”

Then, as a court-ordered integration plan loomed over Wilmington, Delaware, in 1974, Biden’s constituents transformed their resistance to busing into an organized—and angry—opposition. So Biden transformed, too. That year, Joe Biden morphed into a leading anti-busing crusader—all the while continuing to insist that he supported the goal of school desegregation, he only opposed busing as the means to achieve that end. This stance, which many of Biden’s liberal and moderate colleagues also held, was clever but disingenuous. It enabled Biden to choose votes over principles, while acting as if he was not doing so.

In sum, Biden did characterize himself in 1974 as liberal on civil rights and civil liberties but conservative on other issues.