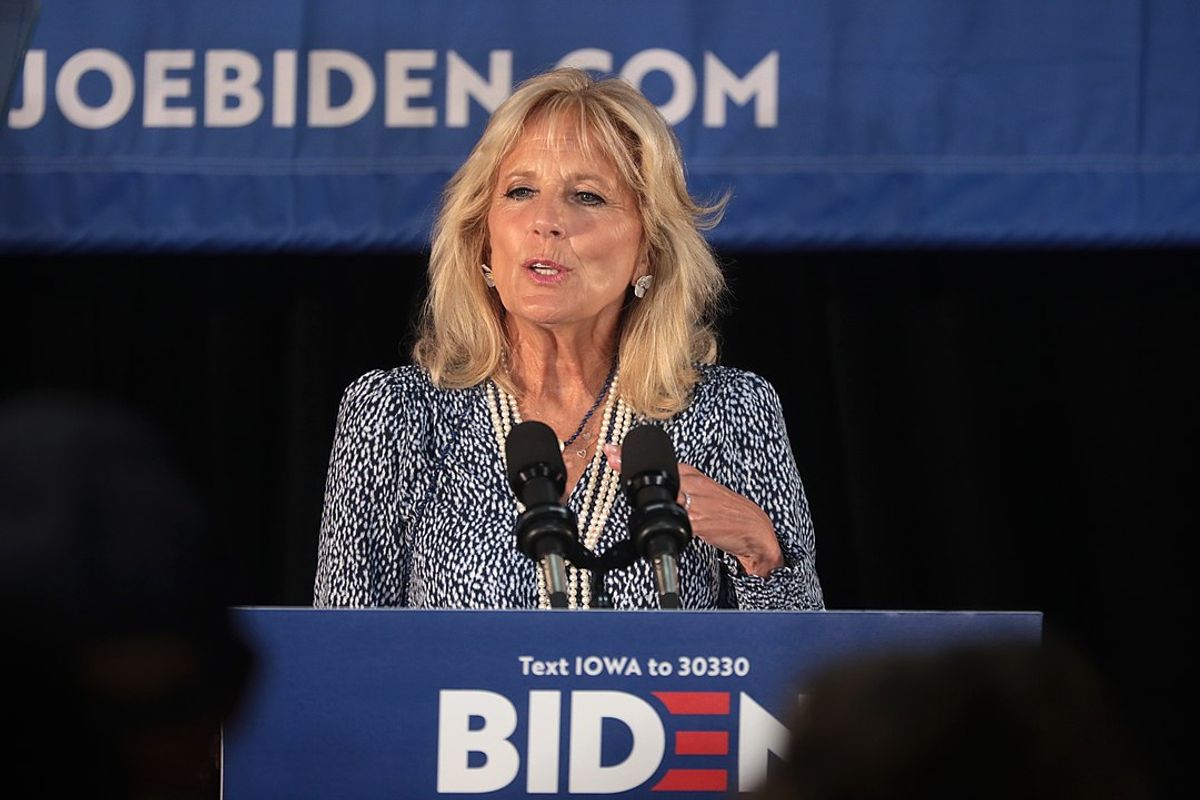 Claim:
If Democratic presidential candidate Joe Biden is elected to the White House in November 2020, Jill Biden’s only initiative as first lady will be to require all Americans to learn Spanish.
Rating:

In August 2020, a story began circulating on the internet stating that Jill Biden, wife of Democratic presidential candidate, Joe Biden, would require all Americans to learn Spanish if she became first lady. This story was originally attributed to the “New York Post.”

Toward the end of summer 2020, the same story popped up on tatersgonnatate.com, positing that this would be Jill Biden's only initiative as first lady:

HEADLINE: Dr. Jill Biden: ‘All Americans Will Be Required to Learn Spanish When We Win’

Dr. Jill Biden, former English teacher, and wife of Presidential hopeful Joe Biden, appears to be counting her huevos before they hatch.

Her only initiative as First Lady will be to require all Americans to learn Spanish. As everyone knows, there’s only one language that we speak in the United States and that is English.

This item was not a factual recounting of real initiatives planned by Jill Biden. The article originated with a website that describes its output as being humorous or satirical in nature, as follows:

Tatersgonnatate.com is a subsidiary of the “America’s Last Line of Defense” network of parody, satire, and tomfoolery, or as Snopes called it before they lost their war on satire: Junk News […] Everything on this website is fiction. It is not a lie and it is not fake news because it is not real. If you believe that it is real, you should have your head examined. Any similarities between this site’s pure fantasy and actual people, places, and events are purely coincidental and all images should be considered altered and satirical.

The website tatersgonnatate.com describes the people they target as “Taters,” who are “the conservative fans of America’s Last Line of Defense. They are fragile, frightened, mostly older caucasian Americans.”

This post has remained on tatersgonnatate.com, and it is meant to be satire. There is no record of Jill Biden's proposing such a policy, nor making the claims mentioned in the article.