What a difference two words can make. 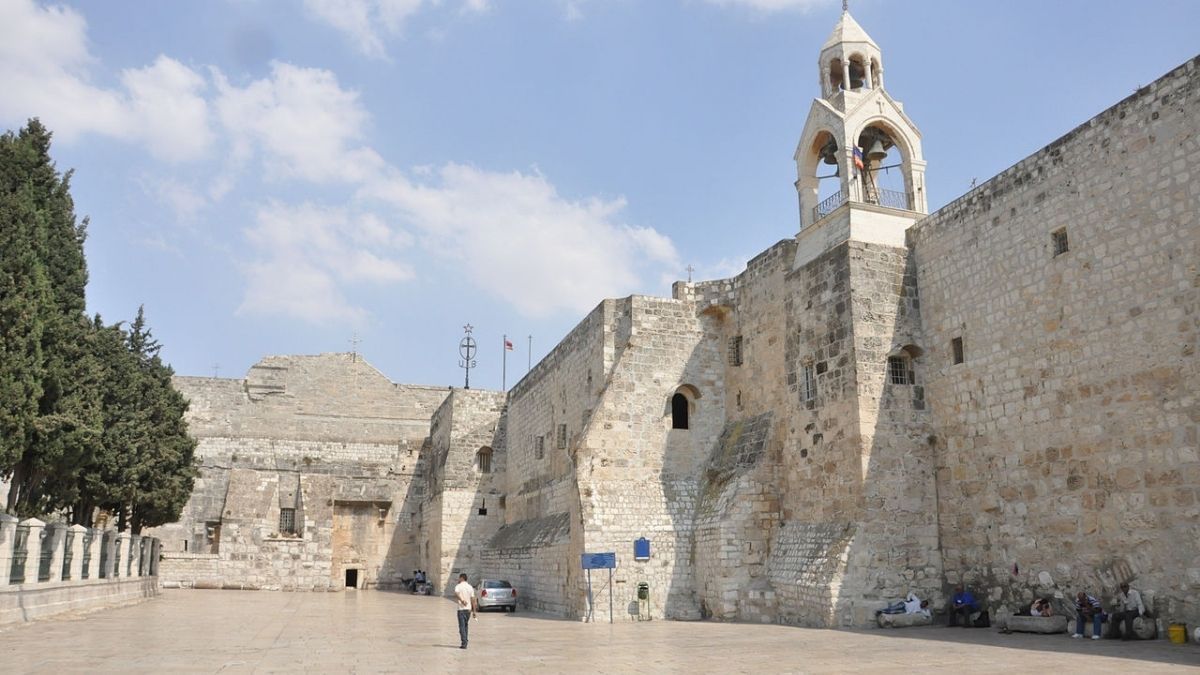 Claim:
The United Nations removed the birthplace of Jesus from its list of World Heritage Sites.
Rating:

In April 2021, a supposed screenshot of an article entitled "UN Cultural Agency Removes Birthplace of Jesus From Its List of Heritage Sites" circulated on social media: This was not a genuine news headline.

This image was digitally altered to remove the final two words of a real headline published by the United Nations (U.N.). The real headline read: "UN cultural agency removes birthplace of Jesus from its list of heritage sites in danger." If you look closely at the above-displayed screenshot, you can see what appears to be faint marks of a Microsoft Paint tool over where the words "in danger" would have been displayed. Here's a screenshot of the genuine headline: Omitting the words "in danger" significantly changed the meaning of the headline. Although the social media post claimed that the U.N. was removing the birthplace from its heritage site list, the U.N. was actually reporting that the site of Jesus' birthplace had been restored and was no longer considered to be in danger of falling into disrepair.

The United Nations’ cultural agency announced on Tuesday that it was removing the place that is officially recognized as the Birthplace of Jesus, from its List of World Heritage in Danger – crediting extensive restorative work on Bethlehem’s Nativity Church, in Palestine.

The gospels of the New Testament of the Bible state that Christ was born in a manger in Bethlehem, in the reign of King Herod, to Mary and Joseph. The nativity is the basis for the Christian festival of Christmas.

Meeting in Baku, Azerbaijan, the World Heritage Committee made its decision based on the high quality of work carried out on the church in recent years, including the restoration of its roof, exterior facades, mosaics and doors.

The 54 properties on the List of World Heritage in Danger aim to alert the international community to threats to essential characteristics for which a property was initially inscribed on the World Heritage List. These can include armed conflicts, natural disasters, unplanned urbanization, poaching or pollution.

In short, the birthplace of Jesus is still listed on the United Nations' list of World Heritage Sites. See it for yourself here. In April 2021, the U.N. announced that this site was no longer considered to be "in danger" of falling into disrepair. After the U.N. made this announcement, someone digitally edited the U.N.'s headline to remove the words "in danger" and shared it on social media, falsely claiming that this location was no longer considered a World Heritage Site.