Does a Photograph Show Jerry Falwell, Jr. with His Pants Unzipped?

Falwell said the picture was intended to be a joke. 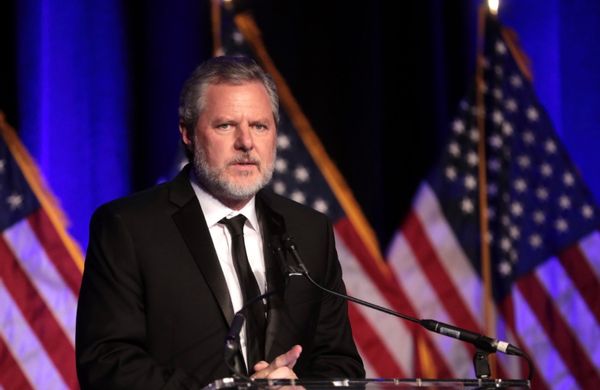 In early August 2020, Snopes readers asked whether an photograph really showed evangelical Christian leader Jerry Falwell, Jr. holding a drink and standing next to a woman, both of them with their pants unzipped: The picture is real, as Falwell himself has confirmed it. He originally posted the photograph to, and then deleted it from, Instagram.

The image drew immediate criticism from many quarters. Falwell is president of the private, evangelical school Liberty University in Lynchburg, Virginia, where students "are told to dress 'modestly' and are banned from consuming media that feature nudity or sexual content." The photograph prompted U.S. Rep. Mark Walker, R-North Carolina, a former instructor at Liberty, to demand Falwell's resignation:

Falwell apologized for posting the picture. Speaking to Lynchburg radio station WLNI, he explained how the photograph came about: Describing the woman in the image as his wife's assistant (he didn't name her), Falwell said the picture was meant as a joke.

"She's pregnant, so she couldn't get her pants zipped," Falwell said. "I had on a pair of jeans that I haven't worn in a long time, so I couldn't get mine zipped either. And so I just put my belly out like hers."

The governing board of Liberty University wasn't laughing at the joke. Falwell agreed to take an "indefinite leave of absence" from his role as university president upon the request of the university's board.