A conservative political web site drew a link between the Democrat's rejection of a legislative proposal in 2016, and the prevalence and risk of wildfires in the following two years. 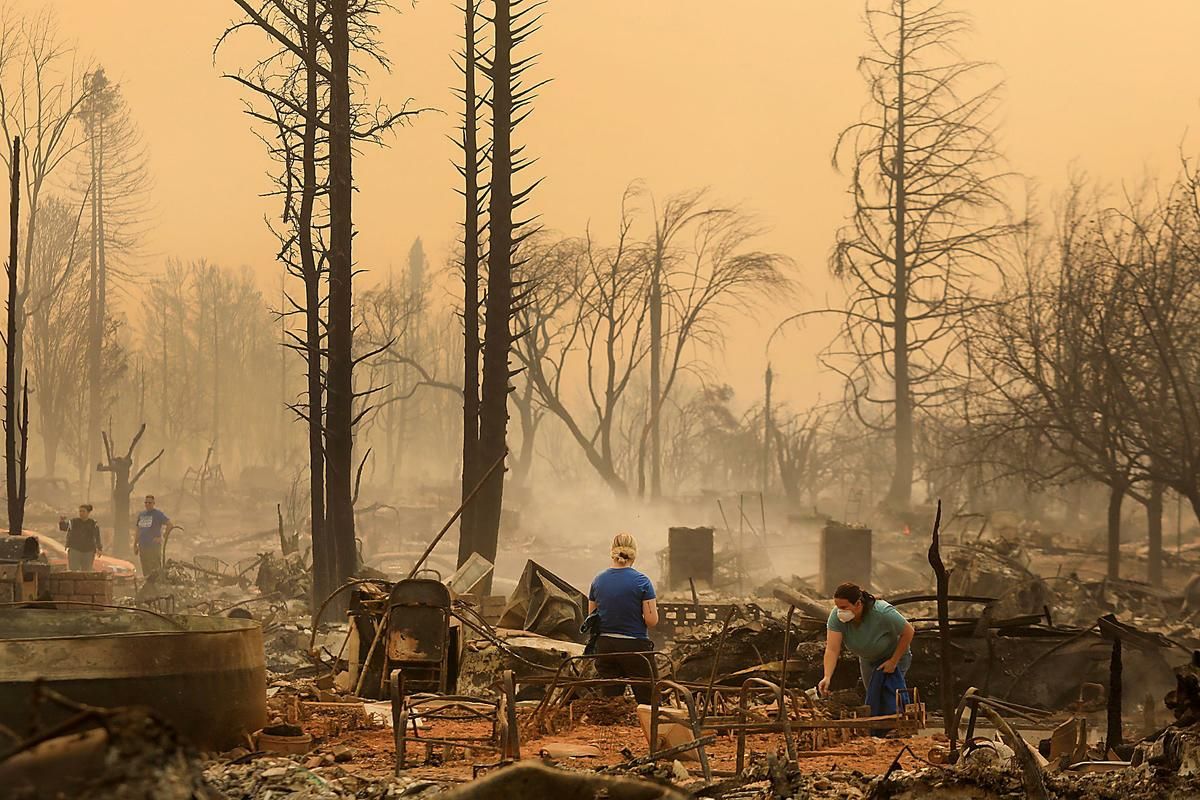 Claim:
Jerry Brown vetoed a wildfire management bill in 2016, contributing to the prevalence and risk of wildfires in the ensuing two years.
Rating:

In September 2016, Governor Brown vetoed SB 1463, a bill in the California legislature which would have required the California Public Utilities Commission to prioritize areas at increased risk from overhead wires in their management of wildfires.

There is no evidence that Brown's veto contributed to or exacerbated the risk or prevalence of wildfires in California, and the California Public Utilities Commission provided details showing that it had already been engaged in work similar to the proposals contained in SB 1463.

In November 2018, after the Camp Fire broke out in Northern California, killing more than 40 people and destroying thousands of homes, social media users began sharing a three-month-old article that placed a share of the blame for California's 2018 wildfire season, already one of the most destructive in living memory, at the desk of Governor Jerry Brown.

On 8 August, the "Flash Report" web site, which covers California politics from a conservative-leaning point of view, reported on a piece of legislation from 2016 which was intended to address one aspect of the state's perennial wildfire problem but was vetoed by Governor Brown, a Democrat. The article carried the headline "CA Gov. Jerry Brown Vetoed Bipartisan Wildfire Management Bill in 2016" and read:

At the request of the City Council of Laguna Beach, Sen. John Moorlach (R-Costa Mesa), authored SB 1463 in 2016, a bipartisan bill which would have given local governments more say in fire-prevention efforts through the Public Utilities Commission proceeding making maps of fire hazard areas around utility lines.

Laguna Beach went through four fires sparked by utility lines in the last ten years, and has done as much in the way of prevention as they could afford. The bill would have allowed cities to work with utilities to underground utility lines, and work with the Public Utilities Commission to develop updated fire maps by requiring the PUC to take into consideration areas in which communities are at risk from the consequences of wildfire -- not just those areas where certain environmental hazards are present ...

Gov. Brown vetoed SB 1463, despite being passed by the Legislature, 75-0 in the Assembly and 39-0 in the Senate. That tells you this was political. The Governor’s veto message did not properly address why he vetoed the bill. Brown claimed that the [Public Utilities Commission] and CalFire have already been doing what Moorlach’s bill sought to accomplish. How on earth could Brown kill this bill when the state was burning down?

In the context of the Camp Fire in November, Facebook users shared the Flash Report article widely, with many observers citing it as evidence that Brown bore some of the blame for the many similar wildfires which cost lives and caused massive destruction to property in the intervening two years.

As Flash Report indicated in their August article, Governor Brown did indeed veto Senate Bill 1463 in September 2016, after it had been passed by both houses of the California legislature without a single vote in opposition. That legislation would have had imposed the following requirement:

Section 761.2 is added to the Public Utilities Code, to read:

"In determining areas in which to require enhanced mitigation measures for wildfire hazards posed by overhead electrical lines and equipment, the [Public Utilities Commission], in consultation with the Department of Forestry and Fire Protection, shall prioritize areas in which communities are subject to conditions that increase fire hazards associated with overhead utility facilities generally and at specific locations..."

Flash Report was somewhat self-contradictory in their characterization of this veto. On the one hand, the article claimed that Brown "did not properly address" his rationale for refusing to sign the bill, but it also accurately wrote that Brown had said, roughly speaking, he regarded the provisions of the legislation as redundant due to an initiative that was already under way. In his veto message, Brown wrote:

This bill requires the Public Utilities Commission to prioritize areas that have increased fire hazard associated with overhead utility facilities. Since May of last year, the Commission and CalFire have been doing just that through the existing proceeding on fire-threat maps and fire-safety regulations. This deliberative process should continue and the issues this bill seeks to address should be raised in that forum.

The author of the Flash Report article, Katy Grimes, claimed a link between the prevalence of destructive fires in California in recent years and Brown's decision to veto SB 1463, referencing one of her earlier articles:

Today, as California burns once again under torrential wildfires, many Californians have been asking why the dramatic increase in wildfires in the last five years ... that is everyone except Governor Jerry Brown. Governor Brown claims that year-round, devastating fires are the “new normal” we must accept.

Megan Barth and I reported:

“Supporting Obama-era regulations have resulted in the new normal: an endless and devastating fire season. Obama-era regulations introduced excessive layers of bureaucracy that blocked proper forest management and increased environmentalist litigation and costs– a result of far too many radical environmentalists, bureaucrats, Leftist politicians and judicial activists who would rather let forests burn, than let anyone thin out overgrown trees or let professional loggers harvest usable timber left from beetle infestation, or selectively cut timber.”

Mismanaged, overcrowded forests provide fuel to historic California wildfires, experts say. The 129 million dead trees throughout California’s forests are serving as matchsticks and kindling. Jerry Brown, busy mulling ways to prevent the end of the world, took the Clinton and Obama-era gross regulations a step even further when he vetoed a bipartisan wildfire management bill in 2016.

Despite drawing this connection, Grimes' article did not contain any specific evidence to support the notion that Brown's vetoing SB 1463 contributed to or exacerbated California's wildfire problem.

In response to our questions, a spokesperson for Brown directed us to a spokesperson for the California Public Utilities Commission, who outlined in further detail the risk mitigation efforts undertaken as part of the agency's initiative with CalFire (the California Department of Forestry and Fire Protection) and said that the bill Brown vetoed would actually have slowed down that progress:

Senate Bill 1463 would have prolonged the safety work already going on by requiring the participation of certain entities, which was unnecessary because CAL FIRE was already a party to the proceeding, and local governments and fire departments could also participate.

In fact, [at] the time the vetoed legislation was introduced, the CPUC and CAL FIRE were already deeply engaged in an ongoing fire safety rulemaking process (R.15-05-006, Rulemaking to Develop and Adopt Fire-Threat Maps and Fire-Safety Regulations). Phase 1 of this effort began in 2013 and was completed in 2015. Phase 2 implemented new fire safety regulations in high priority areas of the state as called for in the vetoed legislation, thus making the bill redundant. In January 2018, the Statewide Fire-Threat Map was approved.

Further, the CPUC and CAL FIRE signed a Memorandum of Understanding (MOU) in August 2017 that further bolstered our relationship. The MOU increased information sharing and investigative resources between the two organizations.

CAL FIRE, as first responders, provides findings and immediate facts to the CPUC. The CPUC follows after the event to conduct in-depth investigations if utility involvement is suspected. Key points of the MOU include: Developing consistent approaches to forest management, wildfire prevention, public safety, and energy programs; Assist one another in preparing for, responding to, and mitigating the effects of wildfires; Deepening awareness of the requirements and goals of each other’s programs; and Creation of Interagency Fire Safety Working Group to vet ideas and develop programmatic solutions to shared goals in the interest of fire safety and resource protection.