Was The New Yorker's Jeffrey Toobin Suspended After Exposing Himself on a Zoom Call?

The incident was witnessed by co-workers preparing for election night coverage. 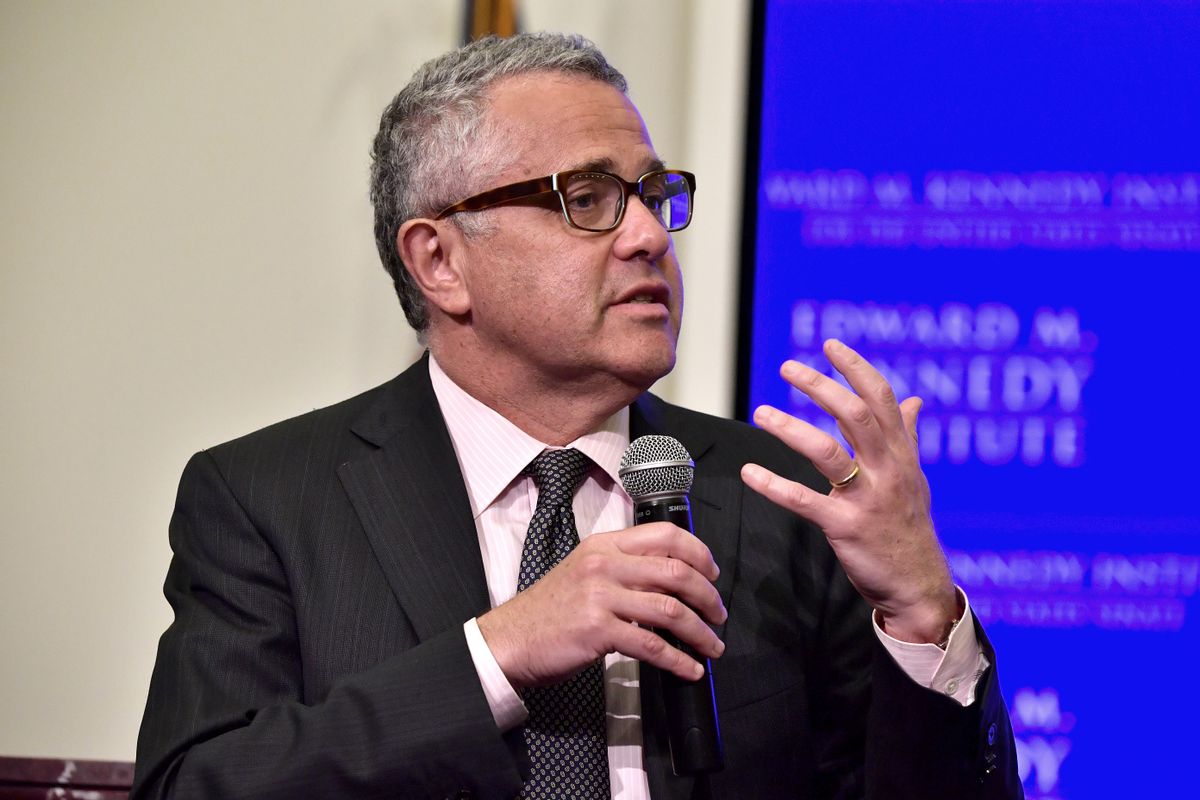 Claim:
Journalist Jeffrey Toobin was suspended from The New Yorker after he allegedly exposed himself during a Zoom meeting.
Rating:

The Vice story touched off a news and social media frenzy. With stories and comments about Toobin's alleged deed swirling online, readers asked Snopes whether reports that Toobin had been suspended after exposing himself during a work Zoom call were true.

A spokeswoman for The New Yorker told us by email that, "Jeffrey Toobin has been suspended while we investigate the matter."

The two sources described a juncture in the election simulation when there was a strategy session, and the Democrats and Republicans went into their respective break out rooms for about 10 minutes. At this point, they said, it seemed like Toobin was on a second video call. The sources said that when the groups returned from their break out rooms, Toobin lowered the camera. The people on the call said they could see Toobin touching his penis. Toobin then left the call. Moments later, he called back in, seemingly unaware of what his colleagues had been able to see, and the simulation continued.

Vice quoted Toobin as stating, "I made an embarrassingly stupid mistake, believing I was off-camera. I apologize to my wife, family, friends and co-workers. I believed I was not visible on Zoom. I thought no one on the Zoom call could see me. I thought I had muted the Zoom video."

Besides being suspended from The New Yorker, CNN reported that Toobin has taken time off from his position as a legal analyst for the cable news outlet "while he deals with a personal issue."

Video conferencing has played a big role since the beginning of the COVID-19, as many employees have been working from home. Although Toobin's incident is a high-profile one, news outlets have been running regular stories detailing "Zoom fails."

These incidents range from a boss who went through a meeting as a potato because she couldn't figure out how to take the potato filter off her screen, people accidentally broadcasting nudity or bathroom breaks, and children walking in on parents' Zoom calls and making obscene statements.

Stelter, Brian and Oliver Darcy. "Jeffrey Toobin Suspended from New Yorker, on Leave from CNN, After He Exposed Himself on Zoom Call."   CNN. 20 October 2020.