The claim that the disgraced financier was responsible for the Trumps' initial rendezvous came from Epstein himself. 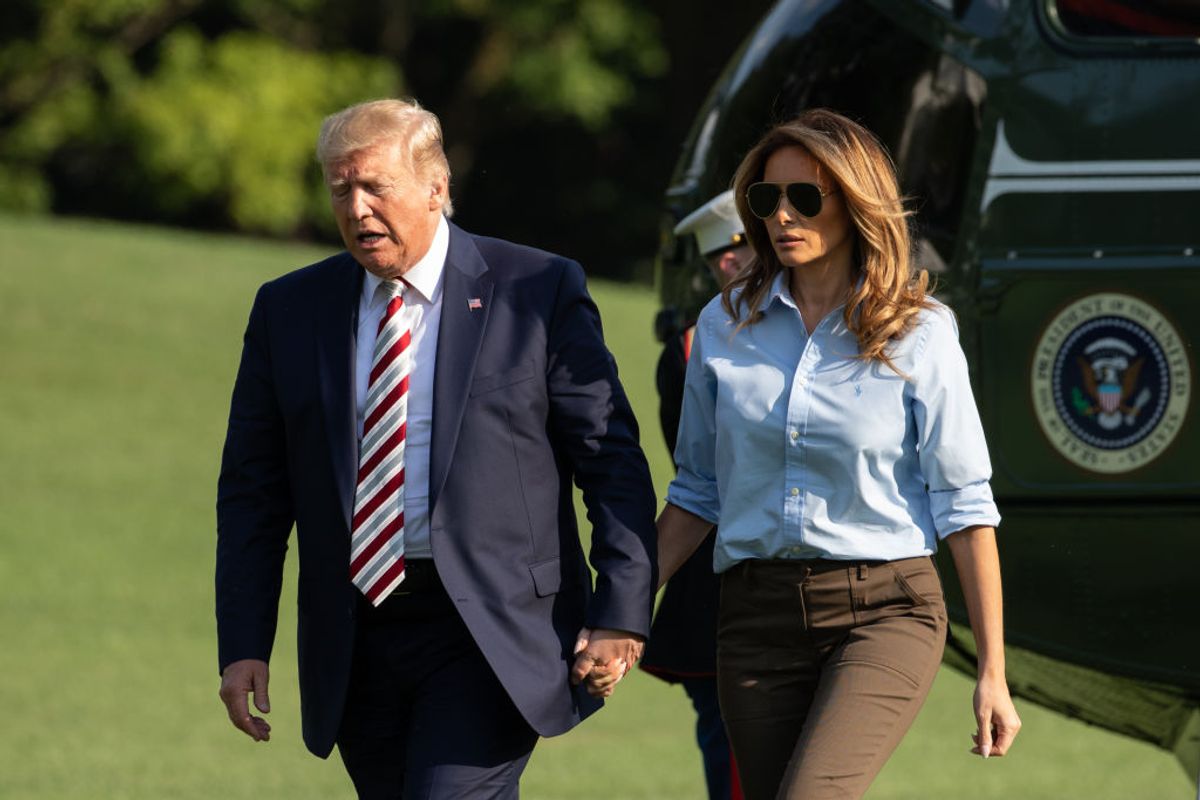 Conspiracy theories flew after Jeffrey Epstein, a financier with ties to some of the most influential figures in American politics, died from apparent suicide in jail on Aug. 10, 2019, while awaiting trial on charges of sexually abusing young girls.

But one of the unsubstantiated stories about Epstein had reportedly come from his own mouth before his death. Epstein stated that he introduced Donald Trump in 1998 to his future wife Melania, a claim that has not been corroborated by any other source we are aware of.

Epstein has long been accused of sexually abusing and trafficking young girls, although criminal proceedings against him in the mid-2000s concluded with Epstein being given a relatively lenient sentence, which has since been heavily criticized. He was again arrested in July 2019 and pleaded not guilty to federal sex-trafficking charges, facing up to 45 years in prison if convicted.

Epstein's most recent arrest renewed attention to his ties to wealthy and powerful men, some of whom have been accused of participating in Epstein's alleged sex-trafficking and abuse activities. It also placed scrutiny on his past friendship with Trump. In 2002, Trump told New York magazine that he had known Epstein for 15 years, and that Epstein "likes beautiful women as much as I do, and many of them are on the younger side."

Trump has acknowledged at the time of Epstein's July 2019 arrest that the two shared a friendship but stated he "had a falling out with him a long time ago."

But according to The New York Times, after Trump's 2017 inauguration, Epstein sought to play up the past friendship, "claiming to people that he was the one who introduced Mr. Trump to his third wife, Melania Trump, though neither of the Trumps has ever mentioned Mr. Epstein playing a role in their meeting."

That's not how the Trumps tell the story. According to Melania Trump, who has been asked in interviews how she met her husband, Donald Trump approached her at a party in 1998 and introduced himself. Paolo Zampolli, another wealthy media figure who founded the ID Management modeling agency, has long taken credit for the Trumps' initial rendezvous — he threw the party at the Kit Kat Club during New York Fashion week where the two reportedly met.

In sum, given the discrepancy in stories regarding how the Trumps met, we rate this claim about Epstein "Unproven."

Fisher, Marc, et al. "The Pressure on a Prosecutor: How Epstein’s Wealth and Power Steered Acosta Toward Lenient Deal."   The Washington Post. 12 July 2019.

Helmore, Edward. "Who Were the Rich and Powerful People in Jeffrey Epstein's Circle?"   The Guardian. 10 August 2019.