According to rumors, the actor told an interviewer that there is no difference between the two entrepreneurs because both are capitalists. 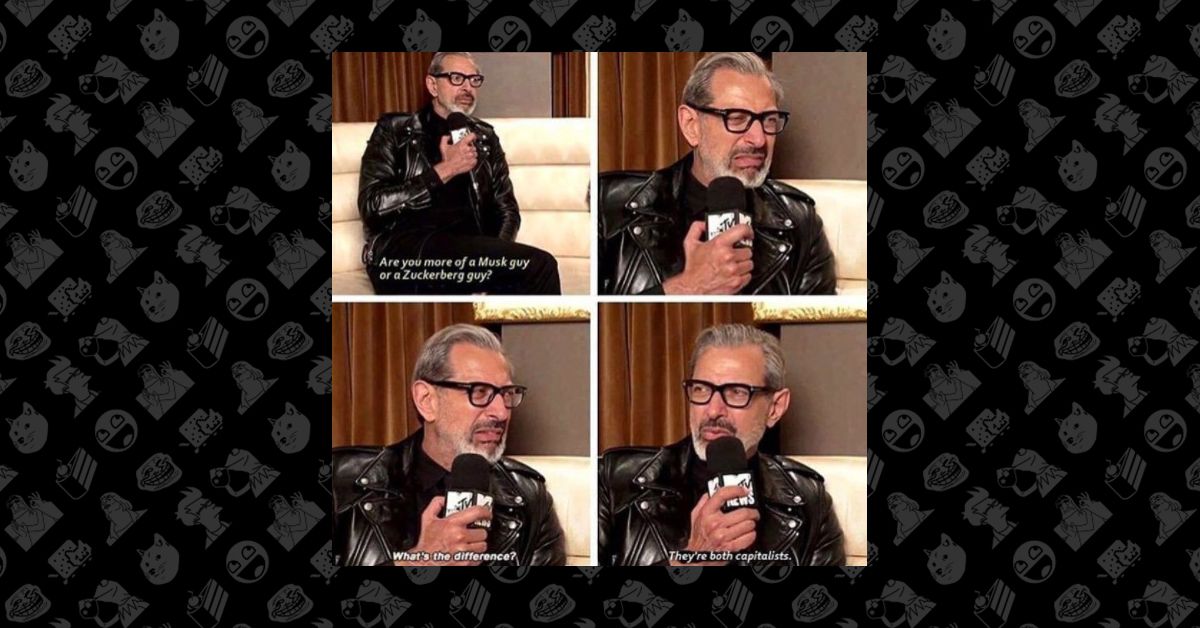 In September 2017, the social media rumor mill turned its focus to a series of images that purport to show stills from an interview in which actor Jeff Goldblum criticized Facebook co-founder Mark Zuckerberg and Tesla executive officer Elon Musk for being "capitalists": Interviewer: Are  you more of a Musk guy or a Zuckerberg guy?
Goldblum: What's the difference? They're both capitalists.

These images were taken from an interview the actor gave to MTV News in April 2016, in which reporter Josh Horowitz asked him whether he was a "Marvel guy" or a "DC guy". In fact, a nearly identical meme was created shortly after this interview that featured the actor's actual response: Interviewer: Are you more of a Marvel guy or a DC guy?
Goldblum: What's the difference? They're both comics.

The "Marvel or DC" question can be seen around the 2:50 mark of the following video: