The Jurassic Park star was handing out sandwiches as part of a promotion for an upcoming film project. 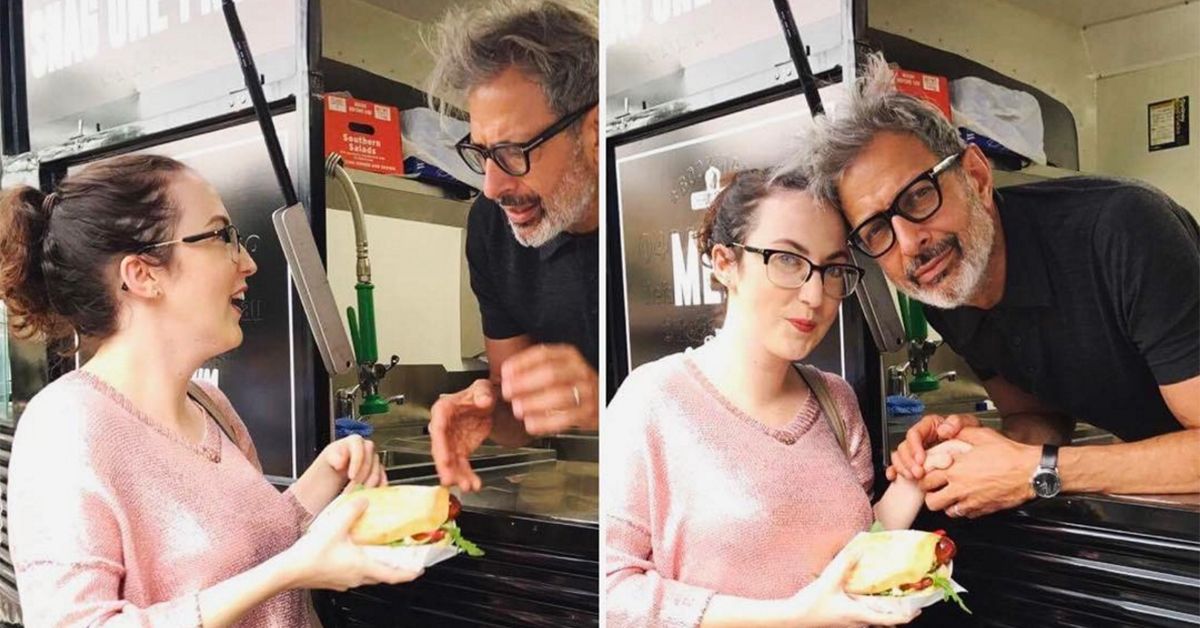 Actor Jeff Goldblum has been handing out free sandwiches from a food truck in Sydney, Australia.

It's not a new line of work for the multi-talented actor. He is on record saying it's part of research or promotion for a new film project.

He has not divulged what that project may be.

Heard about a "Chef Goldblum" foodvan in Sydney, went down and got to give compliments to the Chef himself!#ChefGoldblum #JeffGoldblum pic.twitter.com/cUhONoBSfY

Goldblum, who is also an accomplished pianist and the frequent subject of Internet memes, told Australian radio host Merrick Watts he was handing out food in Sydney as part of a promotion for an upcoming film project, though he was tight-lipped about the nature of that project:

It's kind of a secret, it's a mystery that I can't divulge but I'm filming something here that has something to do with food. What do you think about that. ... I was giving out sandwiches, that I was, I can tell you that.


It's unclear how long Goldblum plans to hand food out but Australian social media users said he was at Wynard Park and chatting with people when they got to the window.

Chef Jeff Goldblum in Australia launching his restaurant truck. No wonder line so long, he's chatting to everyone pic.twitter.com/26Zf5Q26IA

Goldblum will reprise his role as eccentric mathematician Ian Malcolm in a 2018 Jurassic Park sequel but did not say whether the role is related to his food truck adventures.

Izadi, Elahe.  "Beloved Living Meme Jeff Goldblum Will Be in the Next ‘Jurassic World’ Movie."   The Washington Post.  26 April 2017.