Did Jared Kushner Go to Saudi Arabia Because it Doesn't Have an Extradition Treaty With the US?

Kushner departed for a surprise trip to Saudi Arabia as Special Counsel Robert Mueller's team was about to release indictments causing unfounded speculation. 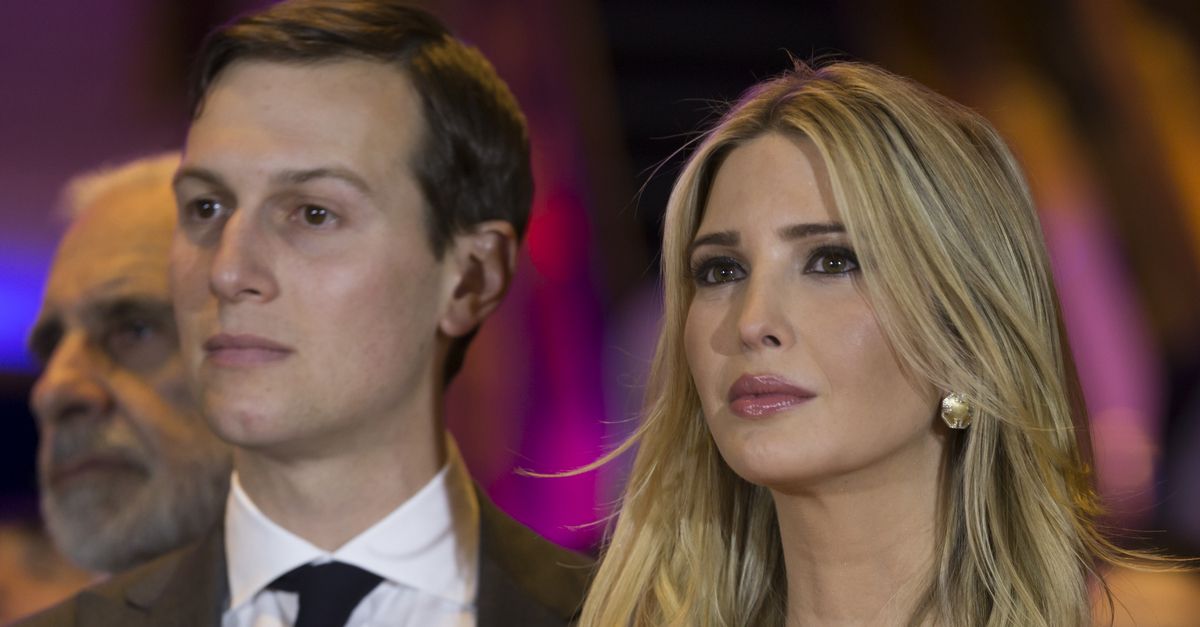 When Robert Mueller begins slapping handcuffs on the first batch of Donald Trump’s co-conspirators tomorrow [30 October 2017], will Trump’s son-in-law Jared Kushner be among them? No one seems to know for sure. Suffice it to say, however, that Kushner is suddenly acting more than a bit suspiciously. In fact, Kushner just boarded a commercial jet and secretly left the country – and Trump’s White House is refusing to answer any questions about what’s going on.

Kushner flew to Saudi Arabia, in what was clearly supposed to be a secret trip, as the White House refuses to say why he went there or what he did once he got there. He supposedly returned to the United States on Saturday night, according to a Politico report (link) – but considering the suspicious circumstances, that too could be a cover story; there’s no known proof that he actually did return to the U.S. There are scattered reports that Kushner may have had dinner with Ivanka Trump in Washington on DC on Saturday night, which we’re still working to track down.

Politico did report that Kushner had taken an unannounced trip to Saudi Arabia, two days after news broke that Special Counsel Robert Mueller's team would begin issuing indictments in an ongoing investigation into alleged collusion between the president's associates and the Russian government.

But simply reading the article, which was the only source cited by Palmer Report, debunks the claim. Politico, published the story after news of looming indictments broke, but Kushner had actually departed two days before that information became public and was back in Washington D.C. to celebrate his wife Ivanka Trump's birthday before anyone was taken into custody:

Kushner left Washington, D.C., via commercial airline on Wednesday for the trip, which was not announced to the public, a White House official told POLITICO. He traveled separately from Treasury Secretary Steven Mnuchin, who led a delegation to Riyadh last week to focus on combating terrorist financing.

Kushner arrived back in Washington, D.C., on Saturday night in time for a surprise birthday dinner for his wife, Ivanka Trump, at the Trump International Hotel.

Vanity Fair appears to back the birthday party account.

It is true that the United States doesn't have a bilateral extradition treaty with Saudi Arabia, but that wasn't the reason for Kushner's visit. He departed before it was known that Mueller's team would be issuing indictments, and it's unknown to the public who the targets of the investigation will ultimately be. In June 2017, the Washington Post reported that Kushner's financial dealings had come under scrutiny.

According to the Politico report, the purpose of Kushner's trip wasn't to run from the law, it was diplomatic:

Kushner was accompanied in the region by deputy national security adviser Dina Powell and Middle East envoy Jason Greenblatt. Greenblatt continued from Saudi Arabia to Amman, Jordan; Cairo; the West Bank city of Ramallah; and Jerusalem, where he was on Sunday.

The Trump administration has said its strategy is to try to draw in neighboring Arab leaders to play a role in Middle East peace. “Jared has always been driven to try and solve the Israel-Palestinian dispute,” said billionaire real estate investor Tom Barrack, a longtime friend and close Trump confidant. “The key to solving that dispute is Egypt. And the key to Egypt is Abu Dhabi and Saudi Arabia.”

The Palmer Report generally relies on supposition, often extrapolating conclusions from flimsy sourcing, to make rather explosive claims that have fooled many. In May 2017, Massachusetts Sen. Edward Markey was forced to backtrack after making this false statement:

Subpoenas have now been issued in northern Virginia with regard to Flynn and Gen. Flynn's associates. A grand jury has been impaneled up in New York.

While the first part of that statement was based on a report by CNN, the second sentence stating that a grand jury had been impaneled in New York in relation to Mueller's investigation was not. The source of that information, according to an aide for Markey, was the Palmer Report.

Engel, Pamela. "'People Want It to Be True': Inside the Growing Influence of a Mysterious Anti-Trump Website."   Business Insider. 16 May 2017.