An outdated controversy about McDonald's use of beef treated with ammonium hydroxide resurfaced on social media. 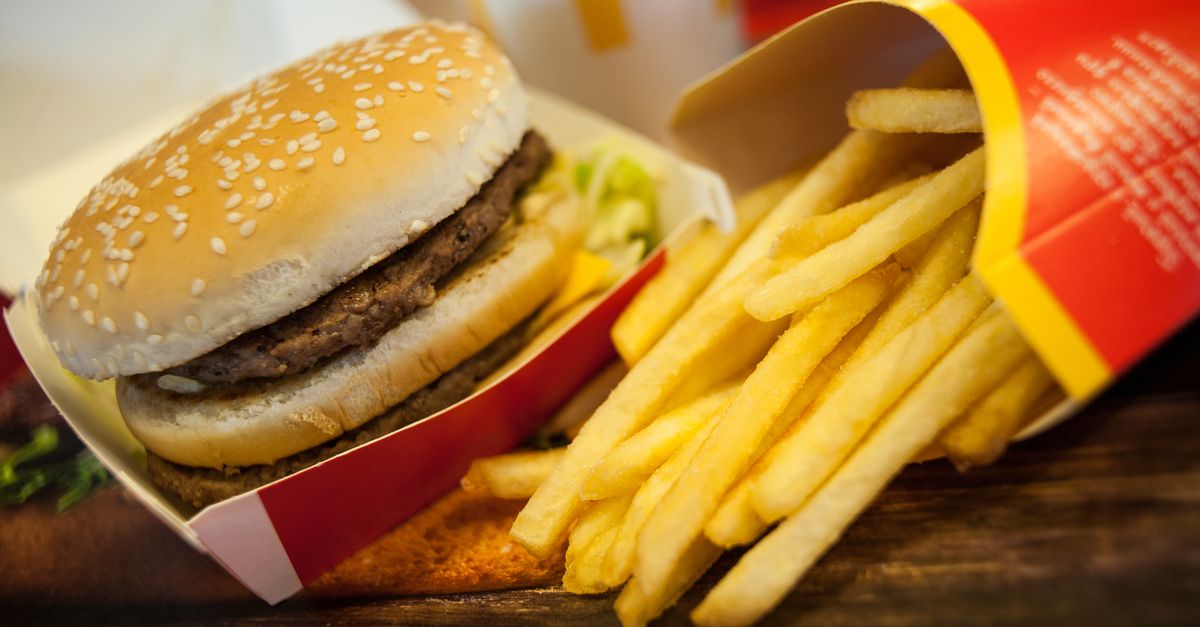 Claim:
Celebrity chef Jamie Oliver proved that the meat in McDonald's hamburgers is "unfit for human consumption" due to the use of beef trimmings treated with bacteria-killing ammonium hydroxide.
Rating:

January 2018 saw a spate of clickbait posts on social media attempting to exploit a settled, years-old controversy surrounding McDonald's use of a product called "ammoniated beef" (also known by other names, including "select lean beef trimmings," "lean finely textured beef," as well as the colloquialism "pink slime") in their hamburgers.

The posts linked to articles on "natural health" web sites touting British celebrity chef Jamie Oliver's criticism of McDonald's use of "substandard" beef treated with the antimicrobial agent ammonium hydroxide (a process which has also been applied to poultry):

An article on the web site The Essence of Life reported:

Healthy food supporter Jamie Oliver took on the biggest fast food joint in the world, and he won.

He managed to get the multi national corporation to admit that their burger meat was sub-standard and have vowed to change it.

Oliver highlighted how McDonald’s used ammonium hydroxide to ‘wash’ their beef before it was made into hamburgers, in order to make it fit for human consumption, without this stage the food would not have been legal to sell by nationwide standards. Meat that has not been treated in this way is usually used for dog and cat food.

The ammonium hydroxide is used as an anti-microbial agent which basically acts as a catalyst to turn ‘inedible’ meat into burgers.

“Basically, we’re taking a product that would be sold in the cheapest way for dogs, and after this process, is being given to human beings.”

These claims are partially true. However, what none of the recent articles (including the one above) makes clear is that Oliver's media campaign against the use of ammoniated beef took place in 2011, and McDonald's and other large restaurant chains (including Taco Bell and Burger King) stopped using the product later that same year.

McDonald’s does not use lean beef trimmings treated with ammonia, what some individuals call “pink slime,” in our burgers, and hasn’t since 2011. Any recent reports that we do are false.

Burgers are at the heart of the Golden Arches, and the fact is, McDonald’s USA serves only 100% USDA-inspected beef — no preservatives, no fillers, no extenders — period.

Prior to 2011, to assist with supply, McDonald’s USA, like many other food retailers, used this safe product but it is no longer part of our supply.

The public controversy over the widespread use of ammoniated beef (which McDonald's describes as "safe," as you may have noted above) actually took off in 2009, when the New York Times ran an article questioning the safety of the product. At that time it could be found in "a majority of the hamburger sold nationwide," the Times reported, including that used in school lunch programs. Despite being deemed safe by the U.S. Food and Drug Administration (FDA) and effective at curbing bacterial growth by the U.S. Department of Agriculture (USDA), evidence had come to light that E. coli and salmonella contamination was found at some of the plants that produced the ammoniated lean beef trimmings. The USDA promised closer oversight.

Jamie Oliver, who is known as a healthy eating crusader as well as a popular celebrity chef, jumped into the controversy by lambasting the use of ammonia-processed beef in an April 2011 episode of his television show Jamie Oliver's Food Revolution. Oliver dramatized his point by dousing an armful of beef byproducts with liquid ammonia and running it through a meat grinder, saying, "So, basically, we're taking a product that would be sold in the cheapest form for dogs, and after this process we can give it to humans."

Oliver's sensationalizing of the practice exacerbated an anti-pink slime furor that had already been percolating on social media since 2010. Please note, however, that in spite of his successful portrayal of ammonia-processed beef as unappetizing and undesirable, he did not make a scientific or nutritional case for the end-product being "unfit for human consumption."

The FDA and USDA continue to maintain that the chemical process is "generally recognized as safe" and that meat and poultry properly treated with ammonium hydroxide is acceptable for human beings to consume.