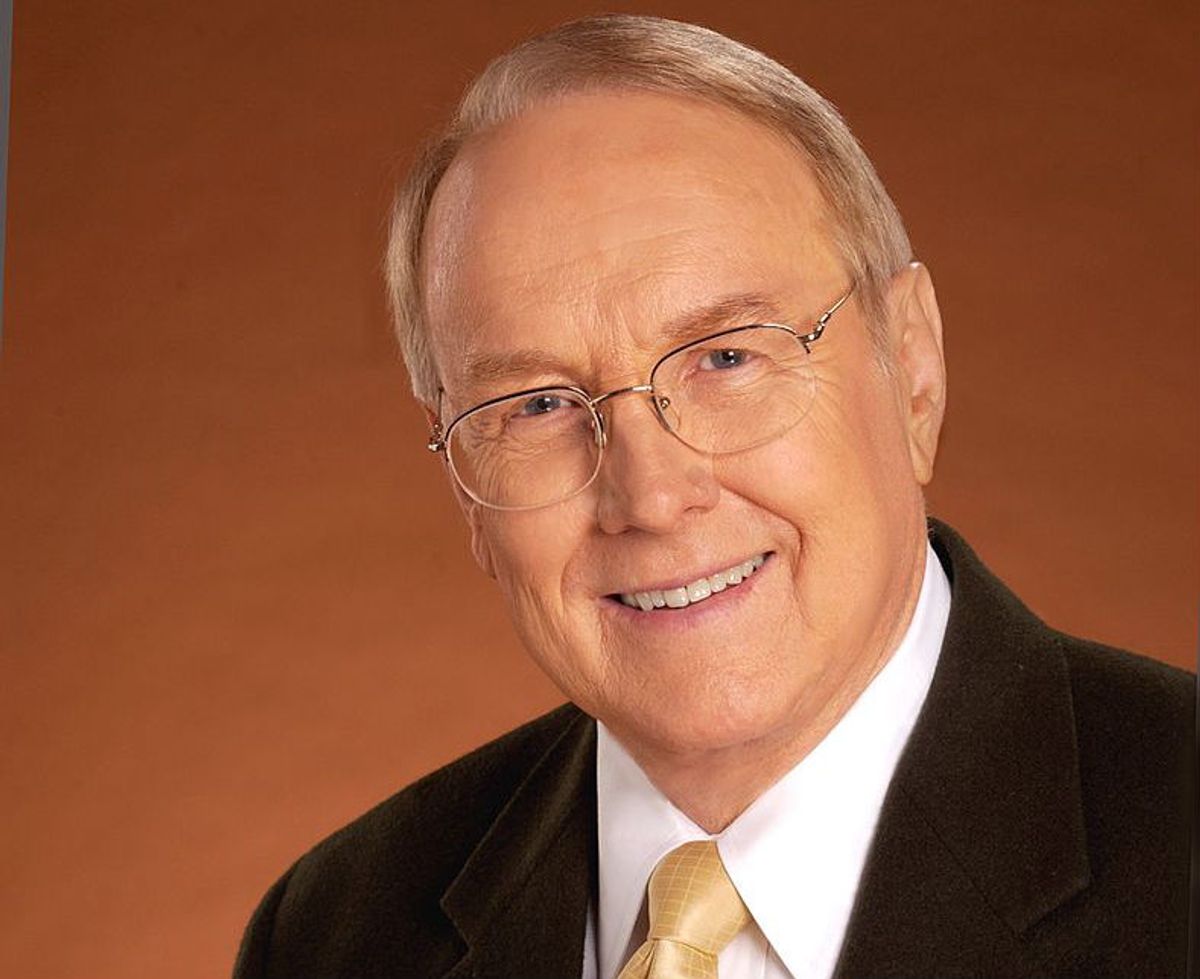 Claim:
James Dobson said that parents should shoot transgender individuals if they use the "wrong" restroom.
Rating:

James Dobson said that transgender individuals would have been shot a century ago, and that he wondered why that was not still happening. The meme (confusing sentence structure notwithstanding) is based a quote from a WND.com article published on 31 May 2016, in which Dobson urged parents to protect their children from "tyrant" Obama and transgender individuals who choose to use the restroom that best corresponds with their gender identity, rather than their biological sex.

Obama, acting like a king, is wielding dictatorial powers never envisioned in the law. He is determined to change the way males and females relate to one another, and worse, how children perceive themselves. If you are a married man with any gumption, surely you will defend your wife's privacy and security in restroom facilities. Would you remain passive after knowing that a strange-looking an, dressed like a woman, has been peering over toilet cubicles to watch your wife in a private moment? What should be done to the pervert who was using mirrors to watch women and girls in their stalls? If you're a dad, I pray you will protect your little girls from men who walk in unannounced, unzip their pants and urinate in front of them. If this had happened 100 years ago, someone might have been shot. Where is today's manhood? God help us!

Dobson did call on fathers to protect their daughters from transgender individuals; however, he stopped short of saying that fathers should shoot transgender people who use the "wrong" restroom.

Transgender bathroom laws became a hot topic in the United States in 2016, after North Carolina's controversial "bathroom bill"  made the issue a central part of election year discussion and punditry. Target added to the conversation by publicly confirming its policy that transgender individuals could use the restroom that best corresponded with their gender identity. Since then, a host of rumors, lies and misinformation have circulated, propagating the notion that transgendered individuals are perverted or dangerous.