Judith Love Cohen was a tenacious engineer. This fact check is just a tribute. 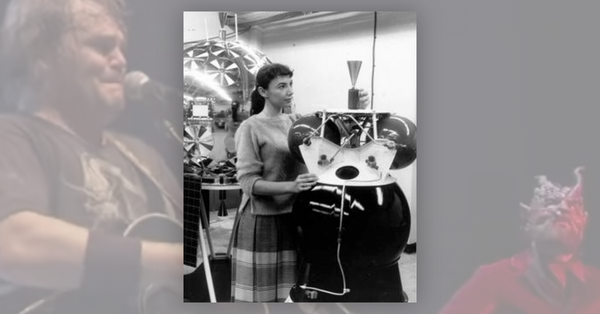 On April 24 2021, a Reddit post about NASA engineer Judith Love Cohen went viral. Citing a story by Jason Kottke from 2019, the post suggests that Cohen was not only an accomplished NASA engineer, but also the mother of actor and musician Jack Black:

[Today I learned] Judith Love Cohen, who helped create the Abort-Guidance System which rescued the Apollo 13 astronauts, went to work on the day she was in labor. She took a printout of a problem she was working on to the hospital. She called her boss and said she finished the problem and gave birth to Jack Black.

This assertion is true. As described by her son, University of Southern California engineering professor Neil Siegel (Jack Black's half-brother) in an 2016 obituary he penned, Cohen's "first passions were dancing and engineering," and "by age 19, she was a dancer in the Corps de Ballet of the New York Metropolitan Opera Ballet Company, and a student in engineering school of Brooklyn." She later obtained bachelor’s and master’s degrees in electrical engineering at USC. Her career at NASA spanned multiple well-known projects, according to Siegel:

Her engineering career included roles on the teams that created the guidance computer for the Minuteman missile, the Abort-Guidance System in the Lunar Excursion Module for the Apollo space program, the ground system for the Tracking Data, and Relay System Satellite (recently retired after nearly 40 years of operations on orbit!) among others.

It was, Siegel said, her work on the Apollo project she was most proud of:

My mother usually considered her work on the Apollo program to be the highlight of her career. When disaster struck the Apollo 13 mission, it was the Abort-Guidance System that brought the astronauts home safely. Judy was there when the Apollo 13 astronauts paid a “thank you” to the TRW [now Northrop Grumman] facility in Redondo Beach, [California].

The story of Jack Black's birth occurring while Cohen solved an engineering problem from a hospital bed comes from this obituary as well. "She actually went to her office on the day that Jack was born," Siegel wrote. "When it was time to go to the hospital, she took with her a computer printout of the problem she was working on. Later that day, she called her boss and told him that she had solved the problem. And . . . oh, yes, the baby was born, too."

Jack Black, the aforementioned baby, would grow up to become a prolific actor and musician. In September 2019, Black paid tribute to his mother on Instagram with a 1959 photo of her next to Pioneer Spacecraft: Because Cohen was the mother of Jack Black and because she worked on the Apollo abort system as an engineer for NASA, the claim is "True."