Does Ivermectin Cause Sterility in Men?

One study purportedly found that 85% of men who were given the anti-parasitic were sterile following the research period. 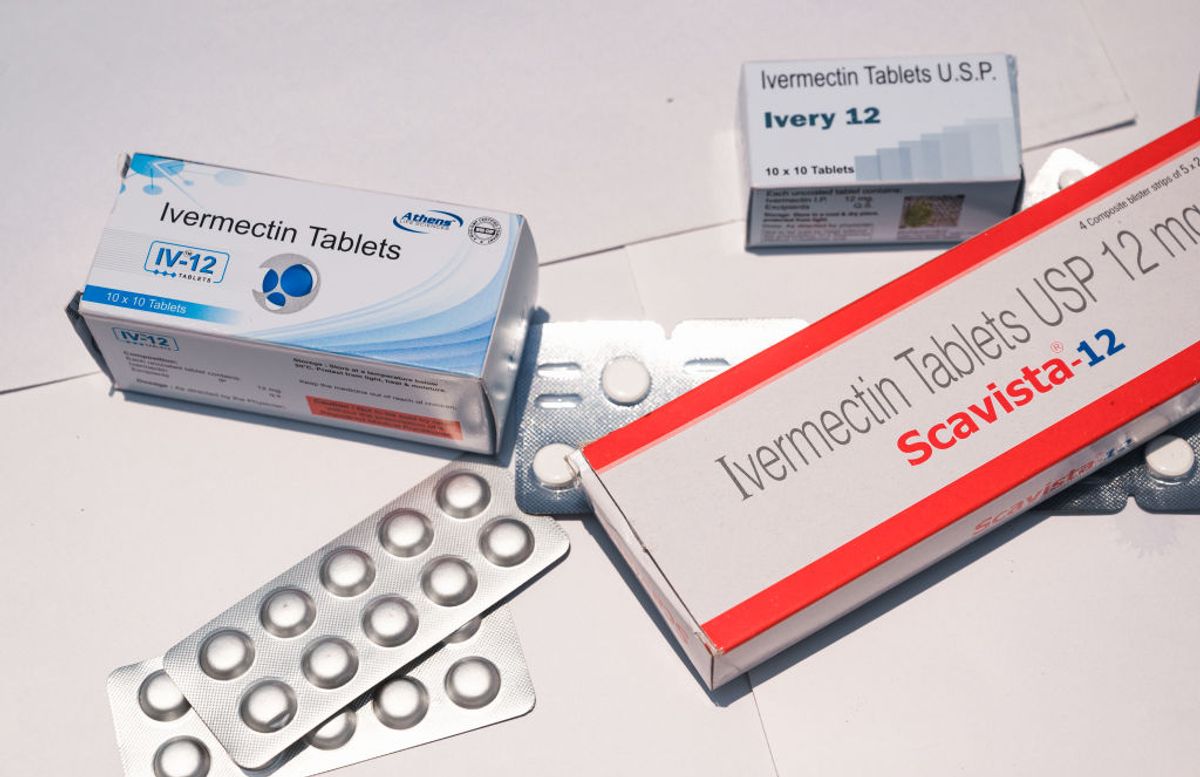 Claim:
A study published in 2011 and widely circulated in September 2021 found that 85% of men treated with ivermectin for a tropical disease known as river blindness were found to be sterile.
Rating:

The study in question was not published in a credible journal, nor was it hosted by an accredited, reputable institution. In the decade since the study’s supposed 2011 publication, there has been little — if any — related research to confirm its findings. Furthermore, a spokesperson for the U.S. Food and Drug Administration told Snopes that infertility in men is not a known side effect of ivermectin and, as such, is not included in U.S. labeling requirements.

Nearly two years into the pandemic, the world saw a resurgence of COVID-19 cases and with them, reiterations of unfounded claims that have pulsated through the global community since early 2020.

That debate was sparked again in early September 2021 when the Centers for Disease Control and Prevention (CDC) issued a health advisory following a spike in ivermectin dispensing at retail pharmacies, as well as over-the-counter veterinary formulations not intended for human use.

Some social media users seized the health agency’s announcement as an opportunity to peddle misinformation surrounding the drug, including a citation in a 2011 study that claimed to find that 85% of men treated for river blindness with ivermectin were found to be sterile. The purported study was shared to Reddit and Twitter where the post received thousands of engagements across both platforms.

Ivermectin tablets are approved by the FDA for human use to treat river blindness and some parasitic worms (intestinal strongyloidiasis). Prescribed topical formulations are also used to treat some external parasites like head lice and rosacea. A different formulation is FDA-approved for animals to prevent heartworm disease and to treat internal and external parasites.

A spokesperson for the U.S. Food and Drug Administration (FDA) said that it continues to monitor reports of all adverse events with ivermectin, and infertility in men is not a known side effect of it and, as such, is not included as a side effect in U.S. labeling. Ivermectin was also shown to have no adverse effects on the fertility in rats in studies at repeated doses of up to three times the maximum recommended human dose, the FDA added.

A Lack in Credible Backing

The claim that Ivermectin caused infertility in rats is based on findings published in a questionable study hosted online by the Archives of Applied Science Research.

According to the publication tracking service Publons, Archives of Applied Science Research is a “peer reviewed, open access journal” published by an institution known as Scholars Research Library — but as of this writing, the organization’s social media account had been suspended by Twitter for violating the platform’s rules. Additionally, Scholars Research Library is self-described as a “self-supporting organization” that does not receive funding from any institution or government. And while it does not require submission charges, study authors are required to pay a “fair handling fee for processing their articles” of up to 1000 euros.

The webpage is also riddled with typos, for example:

Snopes contacted the Scholars Research Library for further information on the peer review and vetting processes but did not receive a response. In an email to Snopes, the American Association for the Advancement of Science, an international non-profit organization that promotes collaboration amongst scientists, declined to comment on the credibility of the journal but did refer our team to the indexes at Clarivate, which requires a review of a journal’s peer-review process. A search of “Archives of Applied Science Research” did not return any results.

The study was written by four researchers including Blessing Idonije, or “Idonije O.B.”, who is described as a professor of clinical biochemistry at Ambrose Alli University in Nigeria. Snopes contacted the university but did not hear back in time for publication.

The study authors wrote that they screened a total of 385 patients diagnosed with river blindness, a tropical disease that the CDC noted as being caused by the parasitic worm, Onchocerca volvulus, and transmitted through the bites of river-breeding blackflies. Infection can result in visual impairment or blindness and cause rashes, itching, and nodules under the skin and is most often treated with ivermectin. But because ivermectin only kills the fly larvae, the anti-parasitic is given every six months for the lifespan of the adult worms, which can be between 10 and 15 years, or for as long as the person shows signs of skin or eye infection.

Of those 385 patients, just 37 individuals between the ages of 28 and 57 at the onset of the study were deemed to have normal sperm counts. The sperm counts of those 37 patients were analyzed before and after an 11-month treatment of ivermectin, including data on motility, morphology, volume, viscosity, and liquefaction time.

“We observed significant reduction in the sperm counts and sperm motility of the patients tested. On the morphology there was significant increase in the number of abnormal sperm cells. This took the forms of two heads, double tails, white (albino) sperms and extraordinarily large heads,” wrote the study authors, adding that such alterations could “only have occurred as a result of their treatment with ivermectin.”

But the study has several blaring issues. Firstly, it did not include a section dedicated to limitations that could have been relevant to its findings. Limitations are important for other scientists to understand the context of study findings to interpret the validity of the scientific work. Not only do limitations help scientists to replicate future studies, but it also covers questions that may influence the findings, such as whether the reduction in sperm count could have been caused by river blindness infection.

There were also typos present in the study that should have been caught by scientific editors publishing in a credible journal:

Experts warn that serious harm could result from using either the human or animal medications outside of their intended and prescribed use — but that hasn’t stopped some from self-treating with the anti-parasitic. As ivermectin usage spiked, so too have adverse effects and overdoses associated with it. Since July 2021, outpatient ivermectin dispensing increased by 24-fold from before the pandemic. That same month, the U.S. also saw a five-fold increase in the number of calls to Poison Control Centers.

Data was collected from the National Prescription Audit Weekly database, which collects data from a sample of approximately 48,900 U.S. retail pharmacies, representing 92% of all retail prescription activity. Ivermectin dispensed by mail order and long-term care pharmacies, prescriptions by veterinarians, and non-oral formulations were not included. CDC

As Snopes previously reported, preliminary results of several studies showed potential for effectiveness as an antiviral in the treatment and prevention of COVID-19, but as of this writing, the FDA had not authorized or approved ivermectin for the use in preventing or treating COVID-19 in humans. Further clinical trials are needed for guidance on ivermectin treatment of COVID-19 and clinical trials assessing such ivermectin uses are ongoing.

UPDATE [Sept. 9, 2021]: This article was updated to include reference to Clarivate indexes.