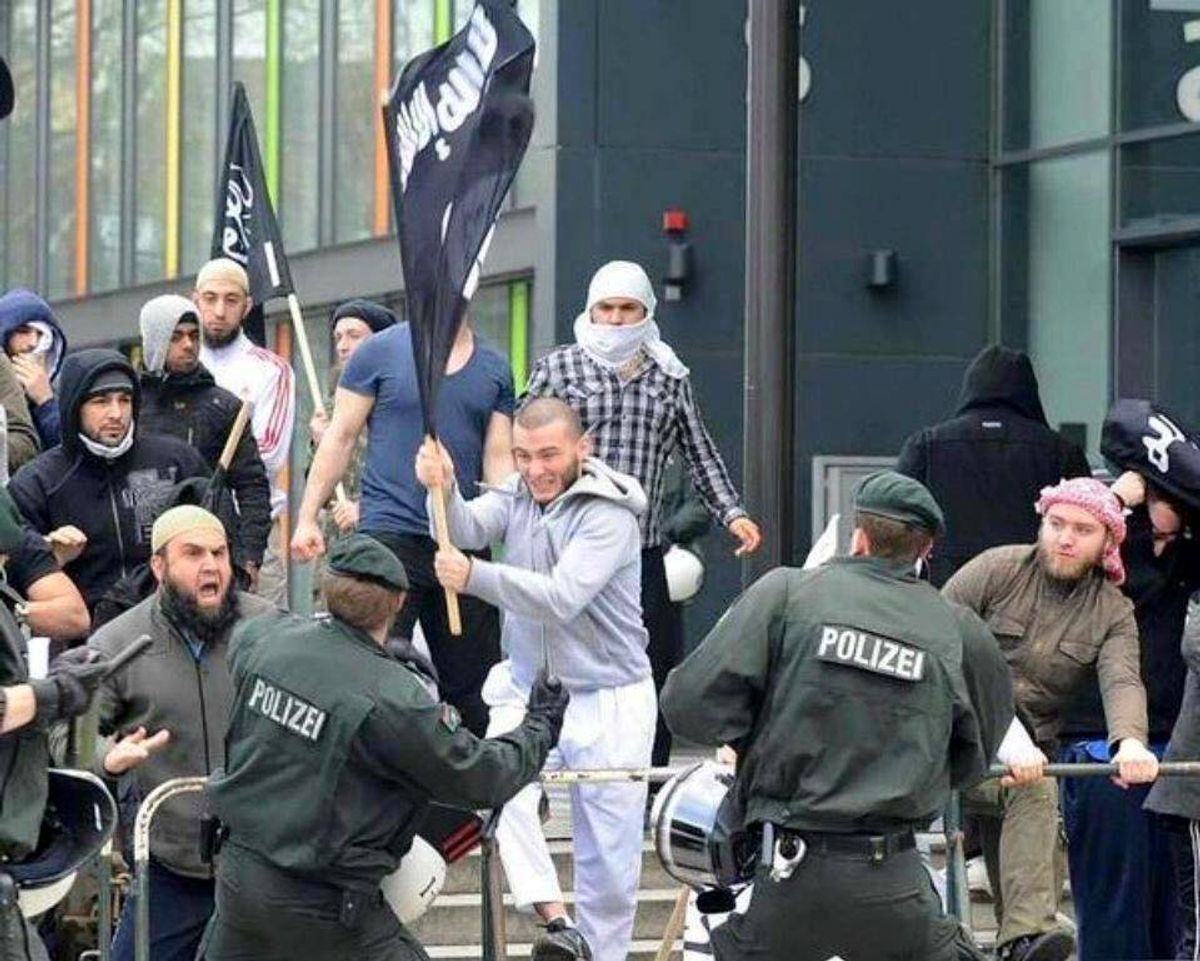 FACT CHECK   Does a leaked photograph show refugees in Germany displaying an ISIS flag while fighting with police in mid-2015?

Claim:   A leaked photograph shows refugees in Germany displaying an ISIS flag while fighting with police in mid-2015.

ISIS flags among the refugees in Germany. They are soon gonna regret welcoming them. pic.twitter.com/UCXYt9O7HO

Origins:   International interest in the 2 September 2015 drowning death of Syrian toddler Alan Kurdi led to debate about a wave of refugees from that country to Europe, as well as a number of rumors claiming that the influx of people fleeing the war-torn region included secret operatives of fundamentalist Islam.

On 13 September 2015 the web site Conservative Post published an article titled "And So It Begins ... ISIS Flag Among Refugees in Germany Fighting the Police [Pictures]," asserting that a "Syrian operative claimed more than 4,000 ISIS gunmen had been smuggled into western nations ... hidden amongst innocent refugees":

Islamic State is believed to be actively smuggling deadly gunmen across the sparsely-guarded 565-mile Turkish border and on to richer European nations, he revealed.

Well, with this new Leaked picture, everything seems confirmed.

The site didn't state where the photograph was supposedly "leaked" from, but the suggestion that the image depicted refugees who had arrived in Germany in 2015 was easily disproved. The photograph dates to at least 6 May 2012, when it appeared on a blog operated by the Jewish Defence League UK. (Other web sites confirmed that the photograph was taken on or around 1 May 2012.)

The incident captured in the image (a protest by Muslims over a far right political group's announced plans to display caricatures of the Prophet Muhammad) took place in Germany in May 2012. As such, the photograph could not also depict ISIS fighters who infiltrated Germany among a wave of Syrian refugees in the latter part of 2015.