Did ISIS Call for the Assassination of Barron Trump?

A message on the Telegram app from an "ISIS supporter" used a hashtag translated to "handle the son of the mule of America." 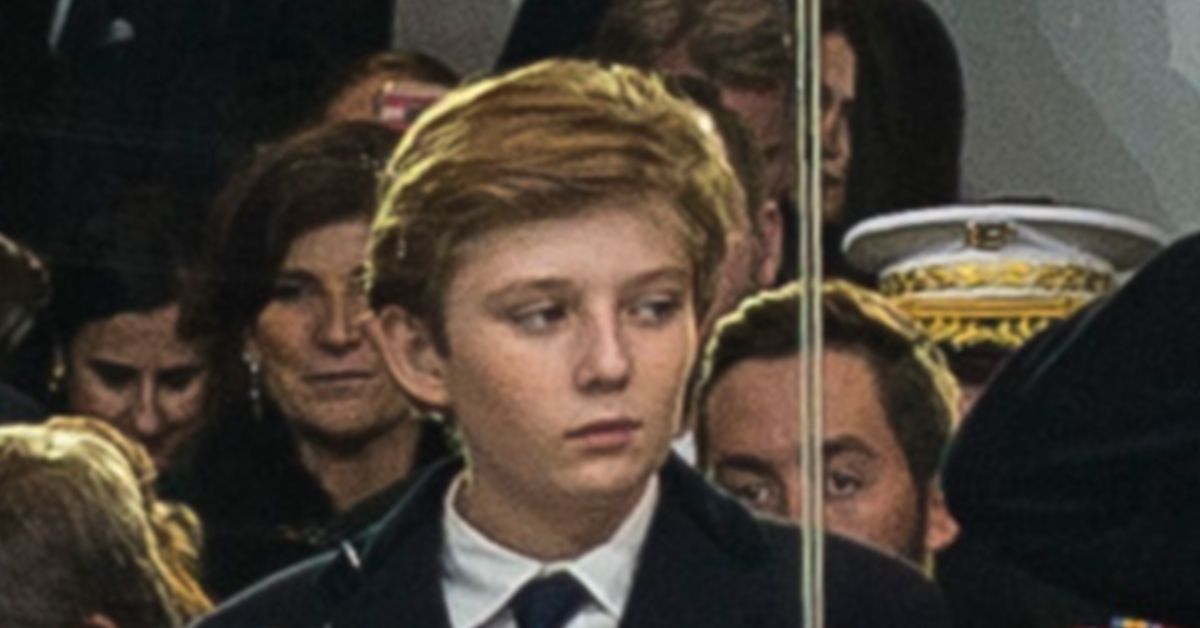 Claim:
ISIS called for the assassination of Barron Trump in November 2017.
Rating:

A message posted to a pro-ISIS channel on the chat app Telegram included a map of Barron Trump's school and a hashtag translated to "handle the son of the mule of America."

This message did not come directly from ISIS and it did not include a detailed plan for the assassination attempt.

On 21 November 2017, several outlets published articles under irresponsible headlines claiming that ISIS had called for the assassination of Barron Trump. One of the most egregious was published by The Daily Caller, which in addition to stating that the terrorist group had called for the assassination of President Trump's son, also claimed that they had released a "detailed plan" of how the deed would be accomplished:

Nearly all of these reports linked back to an article published by The Washington Beacon which in turn cited a report from the Middle East Media Research Institute (MEMRI), a non-profit that provides translations of foreign reports. The claims made in the initial report, however, were far less daunting than subsequent headlines made them appear.

The MEMRI report was not available on their web site at the time of this writing. The full report, which MEMRI sent to us via email, can be seen below.

The MEMRI report states this threat was posted in a "pro-ISIS" channel on Telegram, a popular communication app, by a "supporter of ISIS." The report did not state that the threat came from a known-terrorist, or from a leader of ISIS, or through some form of official communication from the terrorist organization. This lack of verification of the message's original source puts the post on shaky ground, and was omitted from the exaggerated headlines.

When we reached out to MEMRI for comment, they emphasized this distinction:

Please note the report indicates it was a supporter of ISIS on a pro-ISIS Telegram channel.

Popular in the Middle East, Telegram is an encrypted chat application that has been used by ISIS in the past, with The New York Times reporting in February 2017 that one of the Islamic State's most influential recruiters instructs newcomers to contact him on the messaging app.

Additionally, the message on Telegram did not include a "detailed plan." The Telegram post, which MEMRI shared with us, consisted solely of a photograph of Barron Trump, a map showing the location of his school, and a few hashtags. One of these hashtags, which MEMRI translated to mean "handle the son of the mule of America," appears to be the only reference to a "plan" for an assassination. It should also be noted that the location of Barron Trump's school was publicly known long-before this message was posted on Telegram.

Here is the full report from MEMRI:

On November 21, 2017, a supporter of the Islamic State (ISIS) on Telegram called for the assassination of Barron Trump, and shared the name of the school that Barron attends along with a Google map pinpointing its location. Using the hashtag "handle the son of the mule of America," the supporter, who uses the name "Dak Al-Munafiqeen," Arabic for "striking the hypocrites," wrote: "Barron Trump goes to this school in Washington." The post was followed by a photo of Barron Trump. To widely disseminate the call for assassination, several pro-ISIS Telegram channels have shared and forwarded the post. Although we have no reason to dispute MEMRI's translation, it should be noted that the group has been accused of biased reporting in the past. In an article entitled "Selective MEMRI," Guardian reporter Brian Whitaker argued that the non-profit has a habit of translating articles that shine a particularly bad light on the Muslim world:

The second thing that makes me uneasy is that the stories selected by MEMRI for translation follow a familiar pattern: either they reflect badly on the character of Arabs or they in some way further the political agenda of Israel. I am not alone in this unease.

Ibrahim Hooper of the Council on American-Islamic Relations told the Washington Times: "MEMRI's intent is to find the worst possible quotes from the Muslim world and disseminate them as widely as possible."

Threats against the President and the First Family should not be taken lightly, but the outlets reporting that "ISIS Call(ed) for Assassination of Barron Trump" exaggerated the contents of a message posted to Telegram to make it appear as if this were a credible threat sent directly from the terrorist organization.