Is This ‘Pink Fairy Armadillo’ Real?

Little is known about this seemingly enigmatic species. 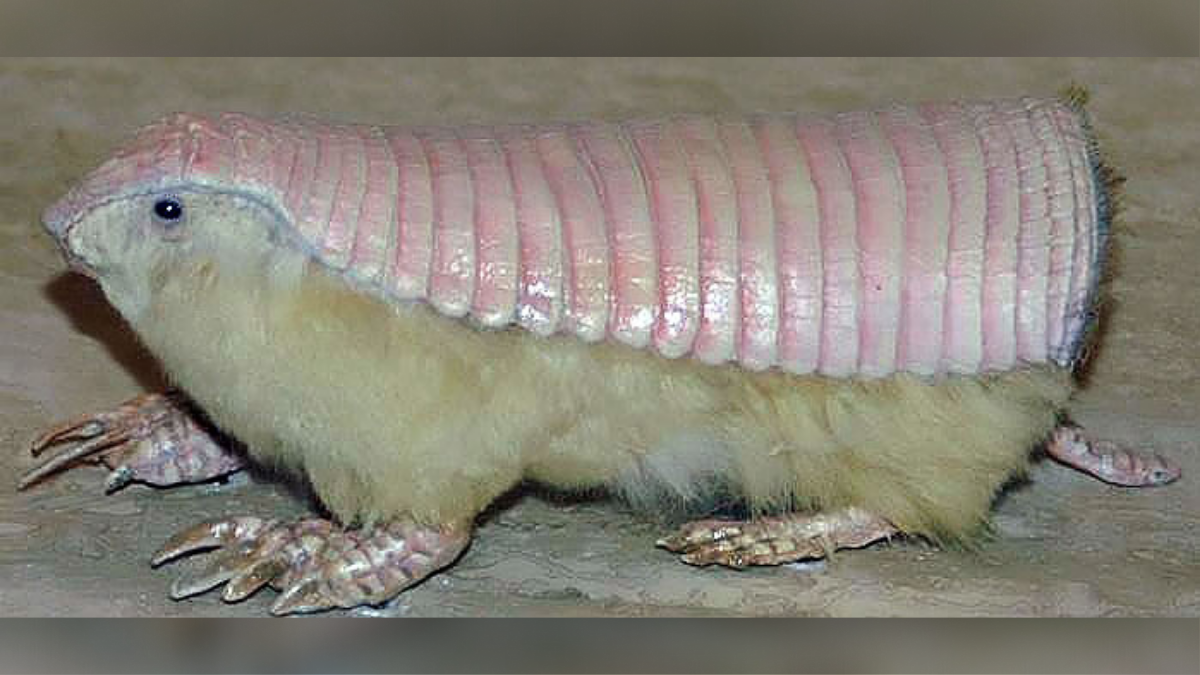 Claim:
A 6-inch “pink fairy armadillo” — with coral-hued back and feet — is the world’s smallest armadillo.
Rating:

With coral-hued built-in armor and tiny in stature, the pink fairy armadillo seems to be made for a fairy tale. But when the Smithsonian Institution tweeted a photo of the 6-inch mammal in June 2021, social media users learned that this otherworldly being was one evolutionarily designed for a life on Earth.

Also known as a pichiciego, the Chlamyphorus truncatus is native to the deserts and high grasslands of central Argentina it they primarily lives in habitats characterized by sandy dunes. And at just 6 inches long, pink fairy armadillos are the smallest of armadillos.

The pink coloring along the spine is what is known as a carapace, or an exoskeleton like those seen in turtles or crustaceans. This armor is the pink fairy armadillo’s main defense against predation — when threatened, the animal will dig fast enough to burrow itself in seconds and then uses its armor plate as a “cork to seal the entrance to the burrow.”

In addition to creating a barrier between itself and predators, the fairy armadillo’s shell is also used to help the animal thermoregulate as it has a very low body temperature. Blood vessels in its shell are flushed to adjust the body temperature in order to cool itself as more blood is exposed to the air. Conversely, draining the shell of its blood allows the armadillo to retain body heat, according to the website AZ Animals.

Relatively little is known about the species because it is difficult to study, making its life in the wild largely unknown. The University of Michigan Museum of Zoology’s online index of animals Animal Diversity Web noted that the longest life span of a captive specimen is four years, but most animals die within a few days after being captured.

“Since little is known about this species, their perceptive abilities are currently not known,” wrote ADW. “One unique behavior that was noted in a captive specimen was that whenever anything was changed in its cage, it ran around the cage screaming, which may be some sort of stress response or warning system.”

Interestingly enough, the pink fairy armadillo has never been observed drinking liquid in captivity, suggesting that perhaps it obtains water from food.

In 2008, the International Union for the Conservation of Nature listed the pink fairy armadillo as "data deficient" and in the years since, the frequency of sightings has declined. The animals are not known for being eaten, but experts note that a black market pet trade has developed even though the animals do not survive long as pets. Other factors that may be resulting in declining populations are climate change, the use of pesticides, large-scale livestock farming, and increasing numbers of domestic cats and dogs that feed on them.

“Species like the pink fairy armadillo are often under-studied because they are not charismatic or from the developed world, wrote ADW.

As of this writing, there is no legislation in place to protect the animal.